What are we, some kind of a suicide squad?

Yesterday Blizzard announced the next big expansion to their vaguely Warcraft-themed children’s card game. And this time things are going to be very different from the usual. Well, not exactly, it’s something of a throwback to Naxxramas, 3 next expansions are going to form one big storyline and buying new adventures is going to cost you gold or real money like during Naxxramas.

However, cards will not be gated behind those scenarios, instead, you’ll be getting packs for completing them at a slightly better gold-to-pack ratio than normally, but you’ll have to save up. Adventures similar to the Monster Hunt or Dungeon Runs will likewise now require you shill out some gold or real cash to play them. Other than that, everything is similar to how it was: 135 new cards, a host of new mechanics, new hero portraits and card-backs. So let’s watch the announcement and discuss the cards themselves.

The joke, of course, is that it’s probably going to be much more fun than the DC’s take on the suicide squad. I mean, Disney-esque supervillain songs make everything better by default. But taking this conversation back to the mechanical side of things, there’s quite a lot going on here. First, we’ve got Schemes, which are a great control tool, allowing patient players to take back the game with a swing-play, provided they strike at the right time. The speculations are that not all classes will receive these schemes, only those associated with the villains. So that would be Shaman with Hagatha, Rogue with Togwaggle, Warrior with Doctor Boom, Warlock with Rafaam and Priest with Madame Lazule.

Each of the villains has an associated theme which would be mechs for Dr. Boom, transformation for Hagatha, discovery for Rafaam, forbidden magic for Lazule and…candle for Togwaggle? Not sure, that one eludes me. But I bet Boom’s scheme just summons a bunch of boom-bots. Because that’s fun, right? The good guys, so Mages, Paladins, Druids, and Hunters, are going to receive Twinspells that can be cast twice. Similar to Echo, but both worse in some respects and better in others. The showcased Druid’s twinspell doesn’t immediately grab my attention, but I can only imagine how powerful that mechanic can be in a spell-oriented Mage class.

Additionally, all classes can benefit from the Henchmen, special one mana 1/1 minions that can’t be put into your deck directly, but can be generated with other cards, similar to MtG’s tokens. Their effects are minor but quite powerful for a one-mana minion, allowing for some sneaky plays. All in all quite exciting, though I’m not jumping with joy until I see the new Wizbang. Wizbang is love, Wizbang is life and he should be just put into the classic set permanently. 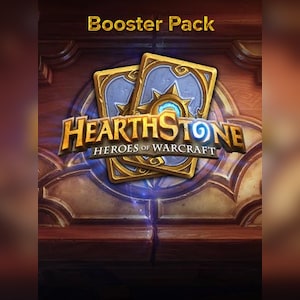