A puzzle platformer from NIS America will be available for PC and PS Vita players.

All ten PS Vita players should jump for joy. As announced by NIS America, A Rose in the Twilight will be available on April 11th in North America and April 13th in Europe. PS Vita receives both physical and digital releases, with only a digital debut for Steam users.

A Rose in the Twilight is a platformer game with puzzle elements. The main character is able to shift both time and world’s colors to progress. You’ll be collecting Blood Memories to uncover the mysteries of various deaths. Here’s the developer note about the story, as well as a set of screenshots:

A girl awakens in a castle void of color and time, affixed with the Curse of Thorns upon her back. After meeting a sleeping giant, the two work together to escape. Help them unravel the mystery of the thorns and the history behind the somber castle.

In A Rose in the Twilight, use Rose’s power to absorb blood and transfer it to static objects. By doing so, colorless objects become red and regain the essence of time. You will also need to make use of the giant’s super strength by lifting and throwing objects to clear your path.

Every stage is a puzzle waiting to be pieced together. The further you get, the harder it becomes, but the greater the risk, the bigger the reward. Discover how to solve each stage as you delve deeper into the story’s grim origins. 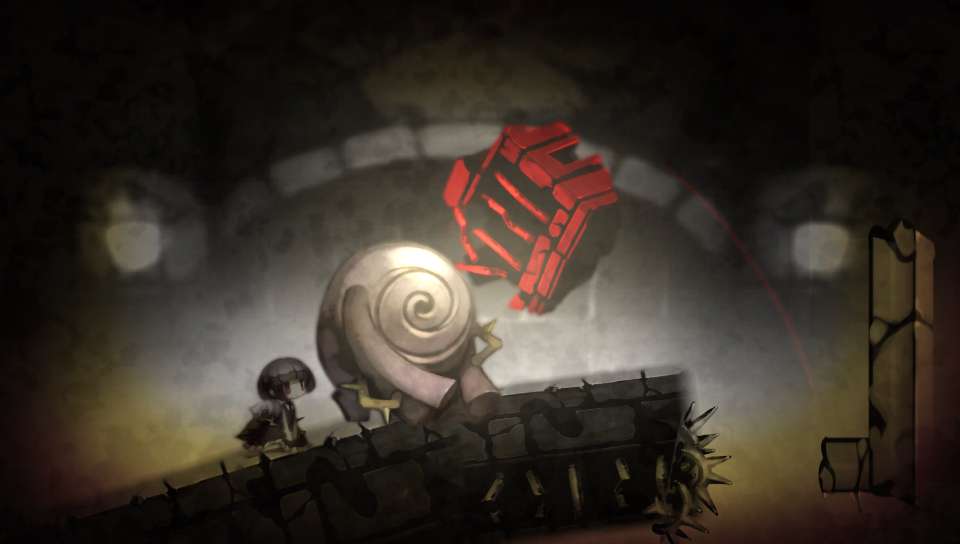 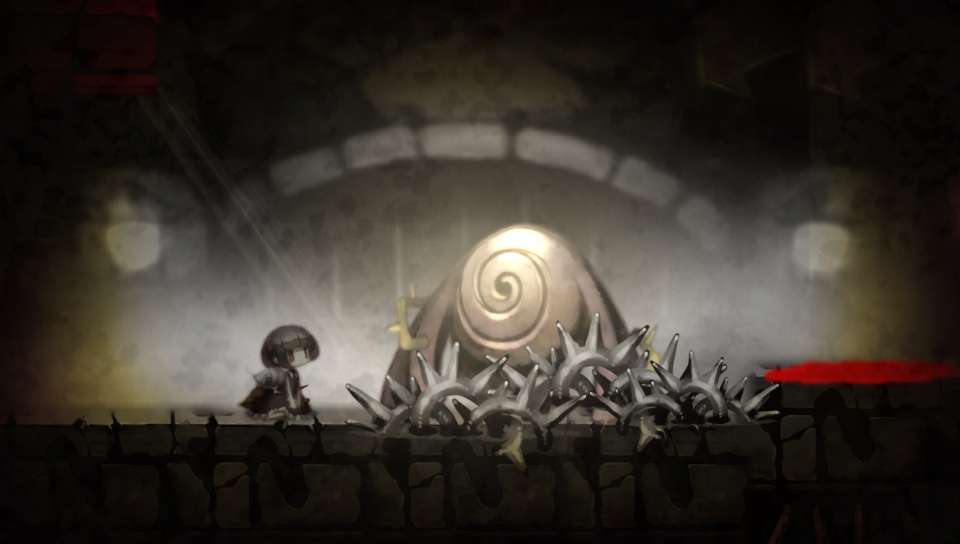 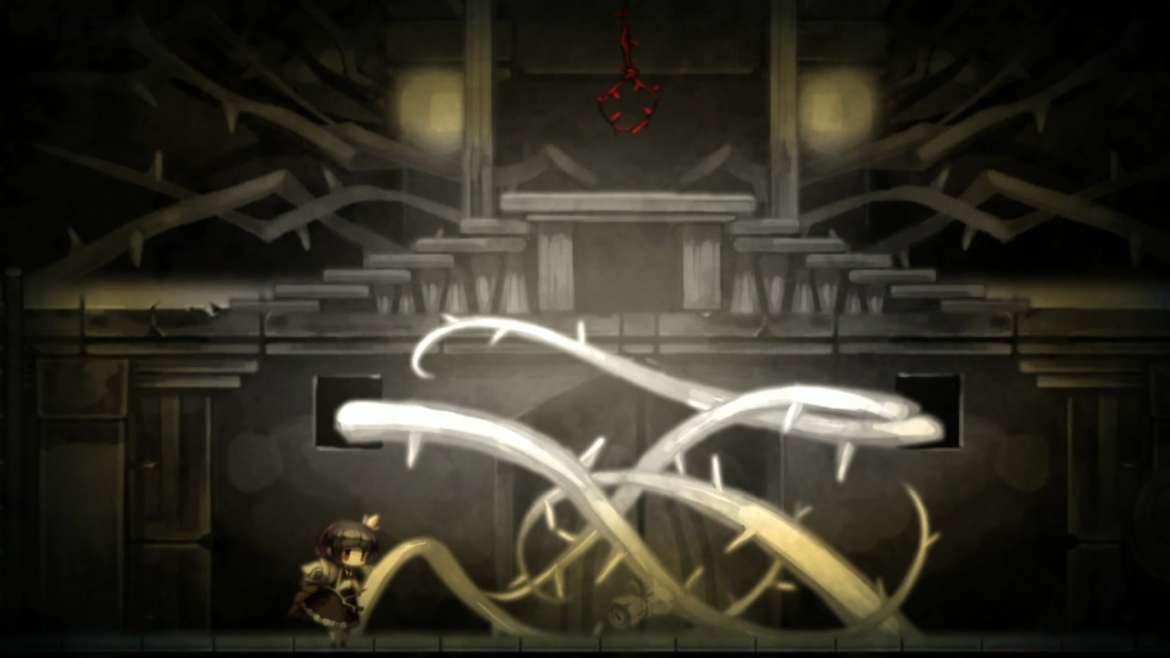 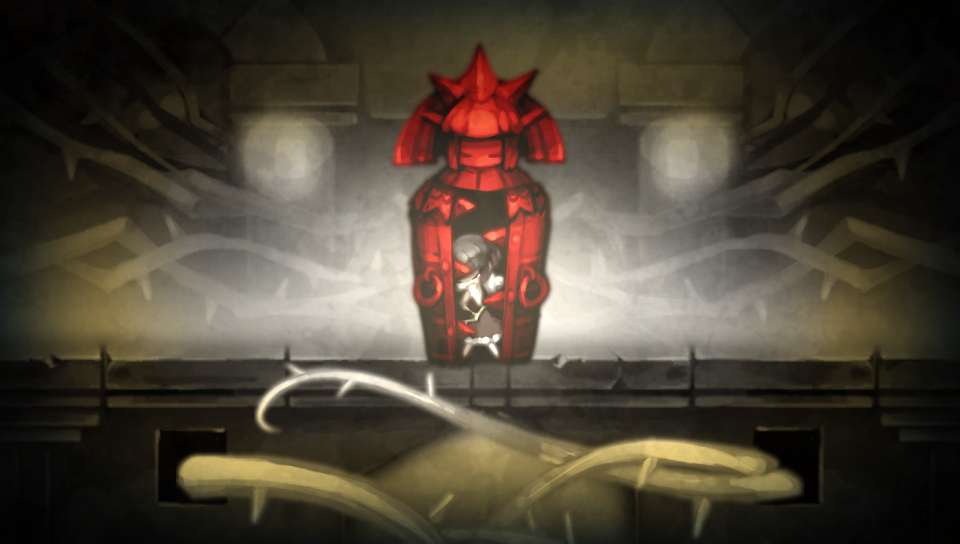 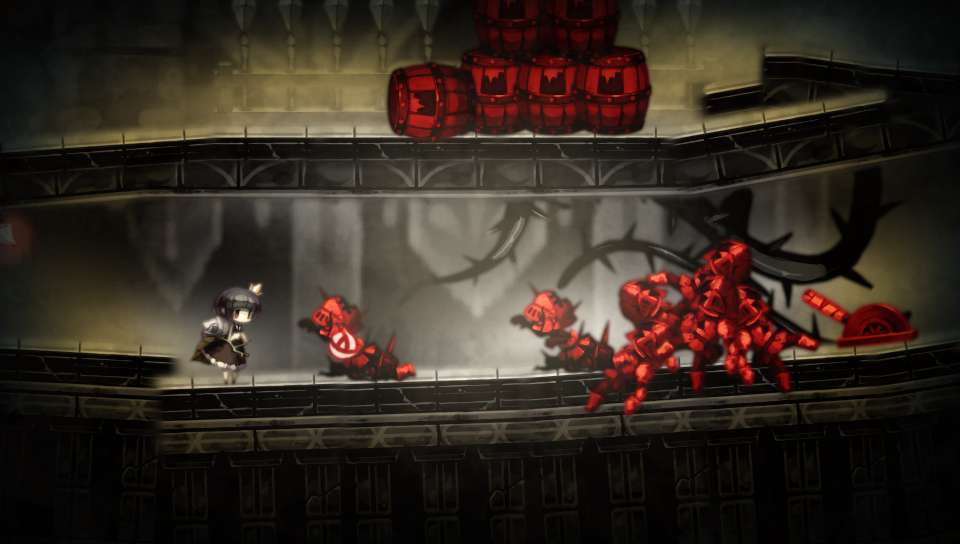 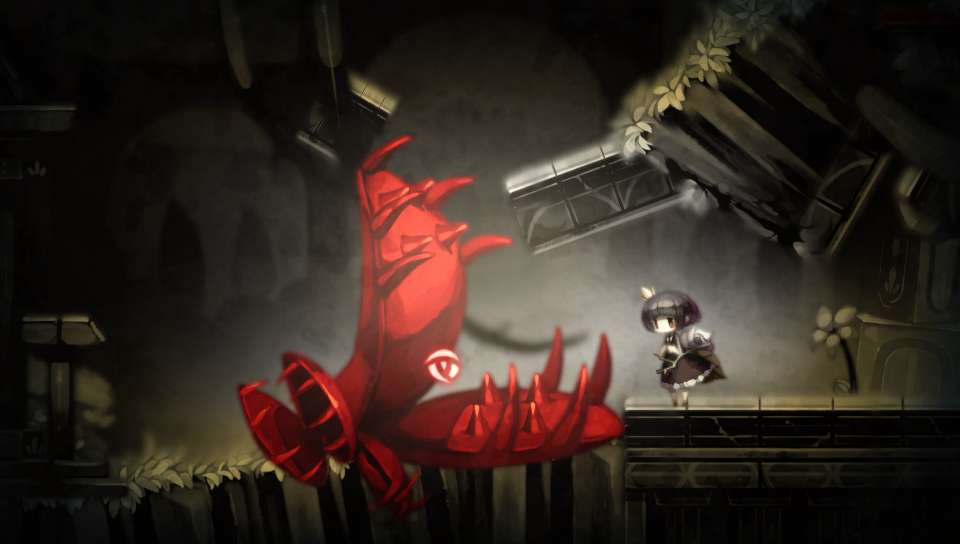 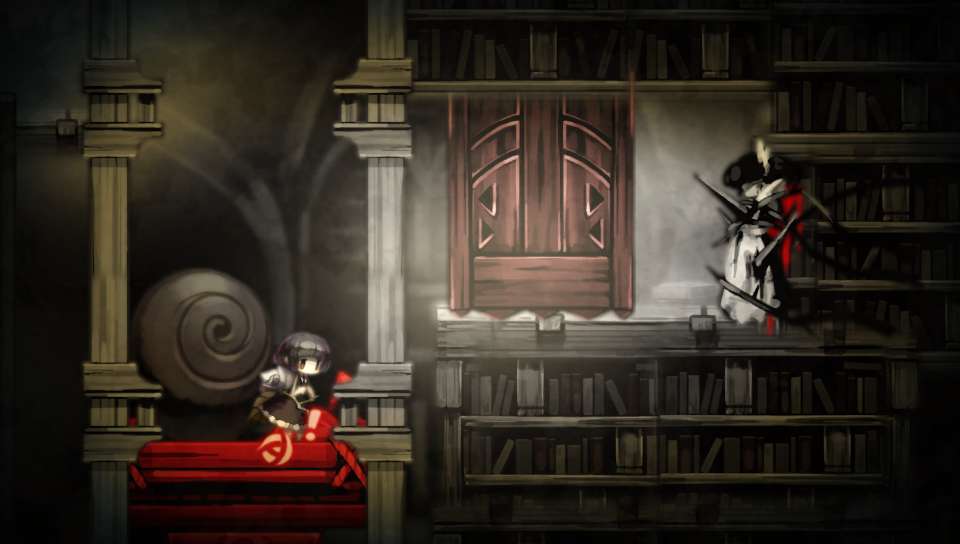 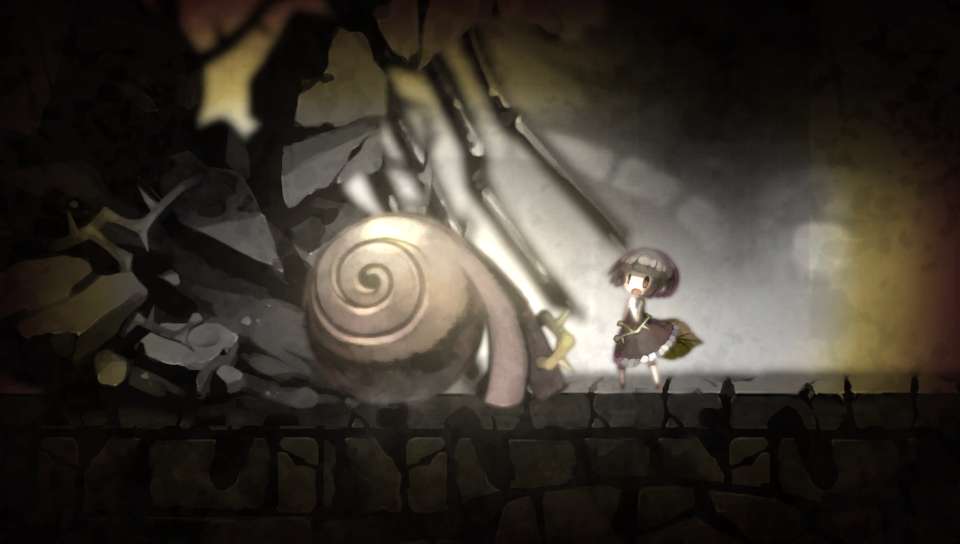