In a move that made him very unpopular, in a very short period of time, Sapkowski exercises his legal right as an author, to gain benefits of his intellectual property. 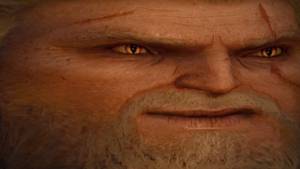 Couple of clarifications here: first, Sapkowski famously demanded an upfront payment for the rights to his novels from CDPR (a fact which he regrets to this day) and two, an artist is legally entitled to royalties from their work (usually 5-15%, as his own statement claims), no matter what.

Sapkowski also alleges in his statement that no contracts he signed with CDPR can legally protect them from further claims from the author, which is sort of true, but not entirely (because Polish Intellectual Property law is very, very outdated) AND that careful reading of said contracts would show that the rights sold only extended to the first part of the series, not the second and third.

So, that’s a lot to take in. These actions have made Sapkowski instantly very unpopular in the grander internet, leading some to call him out on being “an old, salty and greedy man”.

An argument could be made that Witcher 3 would not exist today if it wasn’t for Sapkowski’s work (and of course the work of the developers). It is his setting and characters that made the games the hit that they are.

I’m also not certain if it’s entirely fair to say that he should have known better and that he had a choice not to sign the contracts that he did, when multiple attempts at adapting The Witcher have been made and they all failed, so his initial skepticism is absolutely understandable.

Ultimately this case will likely go nowhere. As most cases, it will be probably settled out of court and Sapkowski will get a fraction of the sued for amount and we’ll probably hear about it months or years later. And it will be an underwhelming ending to something that is actually a very serious issue.

Thanks for the Big Geralt, PC Gamer.

The world doesn't need a hero, it needs a professional. Become Geralt of Rivia once again, in this final chapter to the amazing The Witcher trilogy. Meet with some old friends and lovers and make new ones as the final battle against the Wild Hunt approaches and You will need everyone you can.