Including, but not limited to, blowing the lead on the secrets of human evolution, arguing about Animus glitches and consider the possibilities of a mini assassin in a burrower scenario.

Scott Philips, the Game Director for Assassin’s Creed Odyssey, has recently been interviewed by Game Informer’s Jeff Cork for a rapid fire, humorous barrage of questions. Everything has a pretty lighthearted tone, as evident by one of the throw-away comment amounting to a speculation as to how cool a tiny assassin in a huge world would be. Getting all sorts of Mouse Guard flash-backs right about now.

But there’s some interesting information to be gained here, for example Philips describes combat in AC Odyssey as “over-the-top” which is an interesting direction for a game about silent killers. We also saw some of the new equipment, like a burning hammer and King Agamemnon’s armor with its iconic face-mask (which is actually a historical artifact, though it’s assigned to Agamemnon by tradition).

Anyway, watch the whole thing, see if you can find a piece of information that will interest you personally. 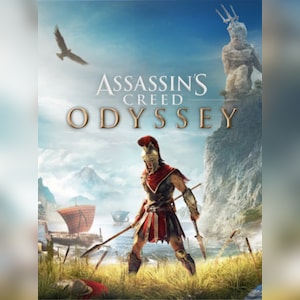