Space Hulk: Deathwing places the players in the roles of Space Marine Terminator squad – a team of heavily armored enhanced soldiers wielding extremely destructive weapons. Their task is to cleanse a space ship of Xeno (alien) invaders in the form of Tyranids (bug-reptilian abominations). The eponymous space hulks are an ghost space-ships, often holding relics and lost technology.

The title first appeared in 1989 as a board game, then received several video games recreating the rules and gameplay. SH: Deathwing is another step forward, bringing the players closer to the action in a team-based cooperative first-person shooter.

The console version will be released at an unspecified time in 2017. 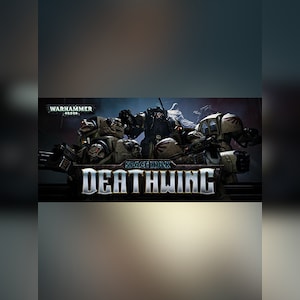