If you’ve been missing the character, worry not. She’s here.

Namco Bandai announced that the previously pre-order bonus character Eliza will now be available to all. For the price of £3.99, you get a 1000-year-old vampire known to some from her PS3 days.

Alongside Eliza, there is also a catalog of DLC items based on Taiko no Tatsujin, which is series of rhythm games produced by Namco Bandai. And in addition to this Tekken Bowl is coming for all season pass owners.

“As the CEO of Howard Connection, Geese is a powerful man who controls South Town from the shadows. Well-versed in the ancient martial arts of Japan, he is skilled in reversal techniques and using his opponents’ own attacks against them. His evil charisma proves to be an overwhelming presence. Intrigued by the Devil Gene, Geese decided to enter The King of Iron Fist Tournament.”

Tekken 7 is available now on PC, Xbox One and PlayStation 4. 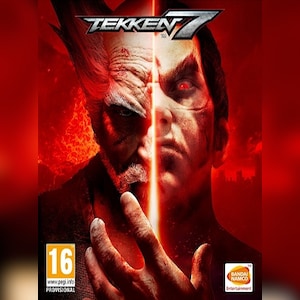