The latest stream and developer diary revealed the player-controlled stronghold system for Tyranny. As opposed to the usual fortresses in a video game, Tyranny stronghold will not be a single structure.

Instead, the player takes control of magically linked Spires, massive towers spread across the game world. Each Spire can be upgraded to serve different functions, and the upgrades are permanent. For instance, a Library will in time reveal new Sigils for crafting spells and lore allowing you to rebuild legendary artifacts, while the Forge will let you create unique items.

Tyranny is a game by Obsidian Entertainment set in a fantasy world where the evil forces have already won long ago. The player enters the game as a Fatebinder, a character tasked with carrying and executing the laws of Kyros the Overlord. Tyranny is designed with replayability in mind, as the player’s decisions can bring drastic changes to the world.

Tyranny releases on 10 November 2016 as a PC exclusive. 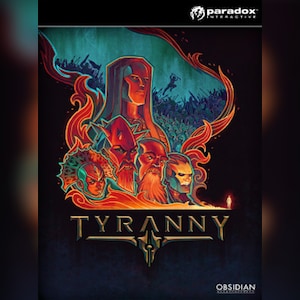