I haven’t been monitoring this particular story very closely, but now that it reached its apex, I think it’s important to talk about everything that happened. I have a little bit of catching up to do, so strap yourselves in. 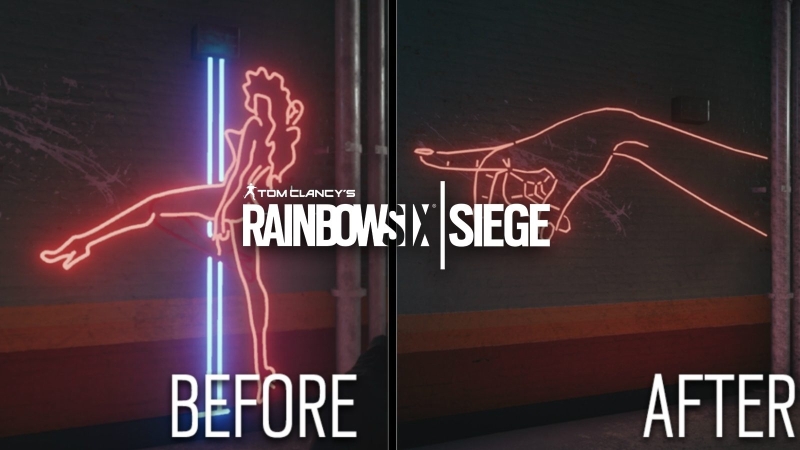 So here’s the whole story. Several weeks ago Ubisoft announced a suite of changes to the game coinciding with the Chinese release. The Chinese version of the game of course has its own servers, but Ubisoft wanted to implement changes globally, to save themselves some work. The changes were minimal and at the face of it, it has to do with Chinese culture being skittish about certain things (notably depictions of dead bodies, alcohol and gambling), so you could compare it to, for example, Valve globally changing Left 4 Dead 2 to be in line with Australian standards.

The internet did not take kindly to this. Reddit went up in flames again as if it was the city of London and quickly picked up a narrative that this is Ubisoft caving in to the censorship of a foreign dictatorship. Concerted effort has been expanded to bomb the reviews of Rainbow Six Siege on Steam and Metacritic which is kind of sad to see. I wish we were capable of such feats of collective effort for things that actually matter.

Now of course, this is pretty silly, but speaks to the larger internet culture and its imperialistic tendencies. Curiously, I don’t think any of those people who posted on Reddit would speak out if the situation was reversed and it was China who had to adjust. I also don’t think any of them realize that their own culture censors certain things as well, but of course they don’t notice this, they’re censored after all. But hey, that’s just a theory, a gaaame theory.

Either way, in the end, Ubisoft decided to revert the mild changes, because of course they would, it was never a big deal to anyone outside of the reddit flamewar bubble. Although I know this will be fashioned into an argument for how being loud and obnoxious miraculously works. I know that, because it has already started. Confirmation bias is a hell of a drug.

Of course we can safely assume that going forward, changes Ubisoft implements to Siege are going to be global and will take into account Chinese sensibilities. And to be fair, this whole fiasco provided some groundwork for an interesting discussion. An interesting discussion that will happen not with people who decided to post angry comments on Reddit and Tweeter mind you, but rather about them.

This may have come off a bit more combative than it was intended to. For what’s it worth, I’m happy that Siege players are content with Ubisoft’s actions and that you got what you wanted. After all, hardly anybody was adamant about making these changes globally and the only ones going out on a limb here are Ubisoft, so I guess it all worked out in the end.