The third season of the zombie-not-that-focused series is coming to an end.

The Walking Dead: The Telltale Series – A New Frontier, as it is fully titled, is reaching the finale of what is its third season. As we informed earlier, starting on May 30th players will be able to download the fifth episode From the Gallows on PC, PlayStation 4, Xbox One, as well as Android and iOS devices.

Below you will find the episode’s synopsis, as well as the launch trailer. While we don’t know how this season ends, we expect a continuation to happen sooner than later. Expect our review soon.

Richmond teeters on the brink of collapse as chaos reigns from all directions. The lives of its citizens and all those closest to Javier hang in the balance. The decisions you’ve made and bonds you’ve nurtured across the season will determine which characters now trust Javi to safeguard all they hold dear as the crisis pushes every relationship past its breaking point… 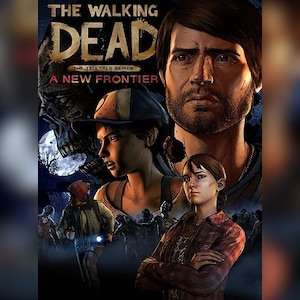