The new story mode will show the events that started during the Original Trilogy from the perspective of the Empire.

The one feature apparently missing from the rebooted Star Wars Battlefront was a single player campaign. Fortunately for us and the sales team at Electronic Arts, the sequel is receiving a proper story mode.

The game will release on November 17th on PC, PlayStation 4 and Xbox One, and below you will find a story synopsis from the press release, and the trailer, which brought us here:

Inferno Squad is an Imperial special-ops team, trained as both deadly starfighter pilots and elite commandos. Deeply committed to the rule of law, Inferno Squad is an Imperial shield against the chaotic threat represented by the Rebel Alliance. Fearless in the face of sedition, they strike unseen and then fade back into the darkness of deep space. As the story of Star Wars Battlefront II opens, you’ll accompany them on a journey though the Empire’s final, desperate hour.

Inferno Squad crisscrosses the galaxy aboard the Imperial Raider Corvus, traveling to where their highly-refined skills are most needed. Through the story of Star Wars Battlefront II, their exploits will bring them face to face with some of the New Republic’s most famous heroes… and also with some of the dark side’s most sinister agents. 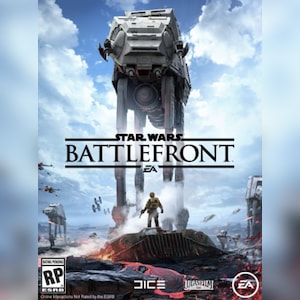