When Josef Fares entered the world of video games with Brothers: a Tale of Two Sons a few years ago, he quickly proved that he certainly has a vision and is absolutely willing to mess around with our expectations of what a video game even is. Now his newest game, A Way Out seems to be blasting through all expectations.

We just found out that #AWayOut has sold over 1 million copies, in just over two weeks! Words cannot describe how much this means to us. Thank you to all of you for your support!

Reportedly, A Way Out sold over a million copies since it’s initial release less than a month ago which is an astounding success, most games don’t sell that many copies over several years of their existence. Case in point: EA, the game’s publisher, didn’t think it would sell that many copies in its entire lifetime.

Importantly, as many pointed out as well, since this game is exclusively cooperative (it literally does not feature a single player mode), but you only need one copy to share between two people, this actually means over 2 million people played the game in total. In less than a month.

More to the point, the game appears to be a far greater success, both in terms of critical acclaim and sales, than anything else EA has published this year. Though who knows, maybe EA just uses a different metric for measuring success than I do. And, I can’t stress this enough, it’s been less than a month since release.

Now personally, it just tells me what I already knew: if you have a cool idea, are given creative freedom, and make a game with passion, that passion is going to shine through. Then again… That’s a gamble in a sense, it’s hard to make a viable corporate strategy over creating products whose success is unpredictable. I guess that’s the whole point of the EA Original program. But when it works, it works like a charm. 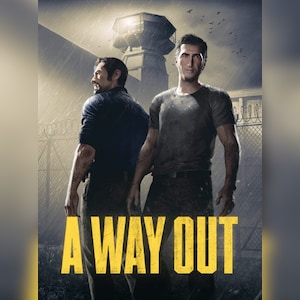