The fight for freedom will continue.

The expansion packs for Wolfenstein 2: The New Colossus were announced back in July and now Bethesda decided to share the full extent of the adventures of three American heroes: “Gunslinger” Joseph Stallion, Jessica Valiant, and Gerald Wilkins. 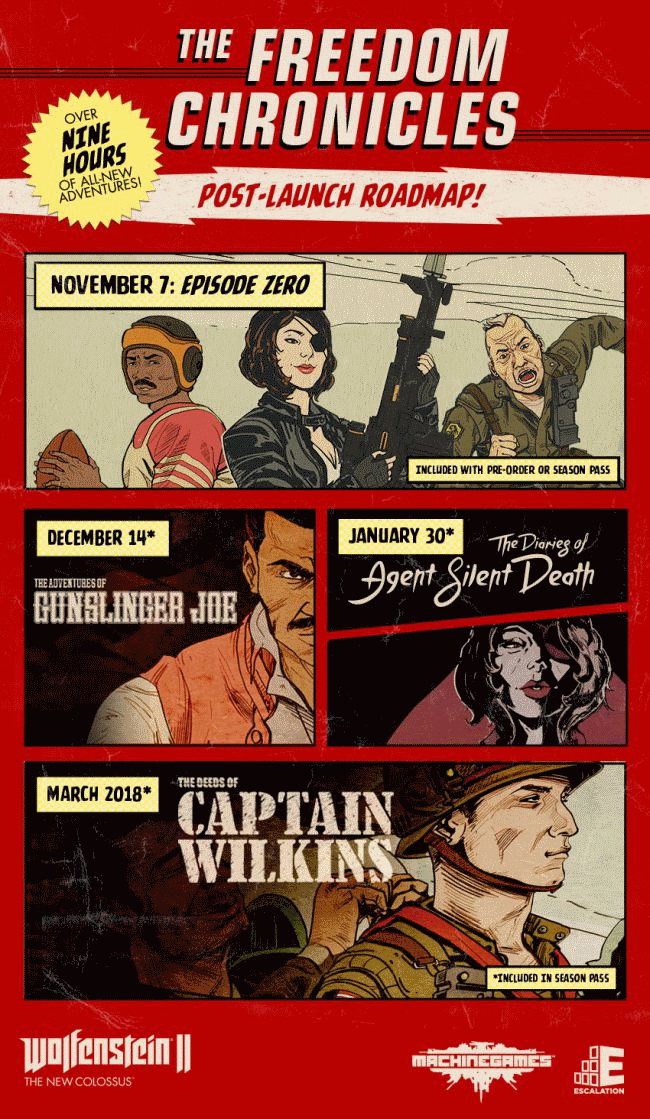 The season pass for the game includes all episodes for us to play, and here’s when:

The chapters are available on Steam for example where the price stands at $25/£18/€25.