Outlast was named one of the best survival horrors of this generation. Now the IP is getting a sequel, which works as a separate story. But fans will surely find some interesting nods to the broader universe as well.

Developed by Red Barrels, the game is set to release on April 25th. It is a worldwide launch with a PC version planned, as well as editions for PlayStation 4 and Xbox One. Retail version is available, but you can get it as a digital download as well. There’s also a physical collection containing this game, as well as the original Outlast and the Outlast: Whistleblower chapter. You can find it as the Outlast Trinity edition.

It’s a tricky topic, this. There is a demo version, but we should use the past tense. It was released last year on PC, PlayStation 4 and Xbox One, but was available until November 1st of 2016. After that day only users who added the demo version to their respective profile are able to download it again. While it’s not something of value, you’ll need a friend with a copy if you want to try the game before the purchase.

The story starts after Mount Massive Asylum Incident, the event we witnessed in Outlast: Whistleblower. The main part of the sequel will take place in a secluded village somewhere in Arizona. We play as Blake Langermann, a cameraman and an investigative journalist, who travels with his wife, Lynn. They both investigate the murder of an unknown, pregnant woman. Unfortunately, their chopper crashes due to mysterious reasons. When Blake wakes up, he finds the pilot skinned and murdered and his wife missing.

It isn’t long before our hero find out that Lynn was kidnaped by one of the local cults, believing that an Antichrist is living in her womb. To make the situation worse, there’s also another cult that wants to get to Blake’s wife. What will happen next is up to you to discover, but you should expect a lot of tense situations and A LOT of running.

If you want to get some additional backstory for the IP, a five-issue-long comic series was released July of 2016 and April of 2017. Titled Outlast: The Murkoff Account, it is available as a free digital download and works as a bridge between the original Outlast and the sequel.

Outlast 2 is a survival horror with first person perspective. You will follow the story through the eyes of Blake Langermann. It’s a single player story (or “experience,” as it should be called) and there are no co-op or multiplayer modes available. If you check some of the recently released materials, it’s easy to notice that the game follows the tropes from previous titles and some movies from the genre with the usage of “found footage” technique that aims to make the image seem like a piece of amateur recording.

Like in original Outlast, the gameplay is focused on running and hiding, with our hero being unable to join open combat. The important aspect of the whole game is exhaustion – it’s the player’s task to keep Blake prepared, with his Stamina meter being the most crucial.

The game includes not only English, but also French audio. There are also subtitles for the following languages: German, Italian, Spanish, Russian, Portuguese, Polish and Japanese.

No special editions are announced for people preordering Outlast 2 or Outlast Trinity, neither there are any special DLC additions. Each platform offers a standard version with a respective discount. 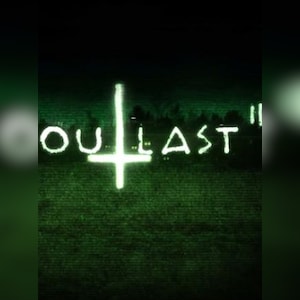