As we’ve already written – the multiplayer experience of Call of Duty: WWII is excellent. But what about the other parts of the standard CoD package, the campaign, and the Zombie mode?

Return of the beach

The singleplayer campaign lets you mainly play as Private Ronald Daniels, a wide-eyed boy from Texas, who joins the war to fight off the evil Nazis during the last two years of the gruesome conflict. On one hand, the story missions take you through all the known and tried phases of the American attack on the Germany-occupied Europe. There’s D-Day, there are some stealth missions, there’s the Battle of the Bulge. On the other, the developers know that they are introducing a tested story, so they are trying their best to present this as interesting as it is possible. 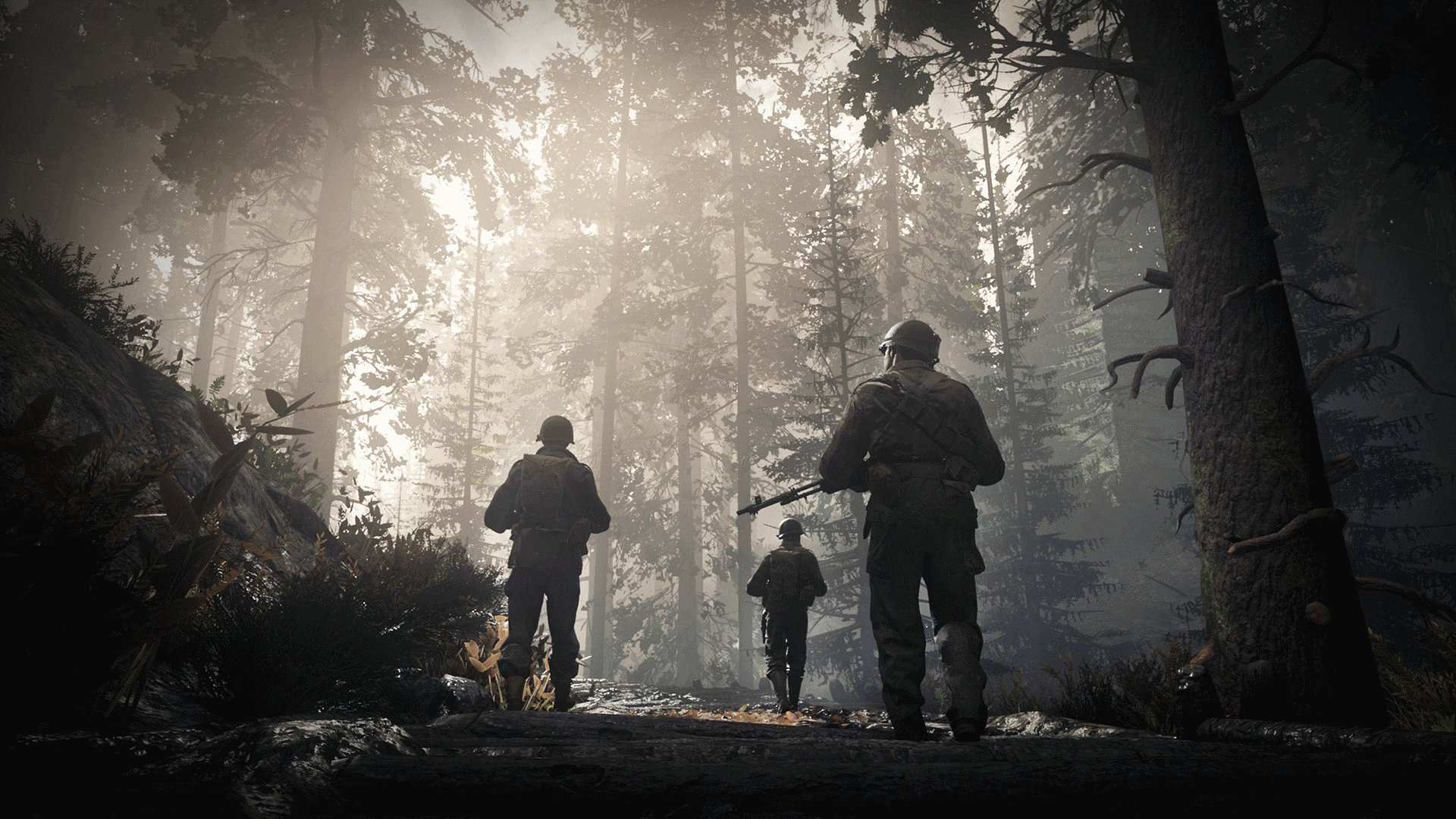 The overall theme of the campaign is one of the brotherhood of people who fought in the war. It focuses more on the relations between them, how they affect each other and try to keep the guy next to them alive, than on bombastic plots to take over the world. This seemed to be the problem with the previous installments of the Call of Duty. You always had to have a dastardly villain with their evil plan. Now, it’s just the war. There are of course some very bad Germans that you will hate from the get-go, but it’s more about liberation and survival than a personal vendetta now.

This attitude can be seen not only in the story and the maps but also in the gameplay elements. Your squadmates, even though they are horrible at killing Germans, can be useful as they throw ammo or medpacks at you. They can even call in mortar fire.

The other gameplay elements that make wonder for the sense of dread and fighting for your life are the medpacks. Your health does not regenerate by itself, you see. Sledgehammer is ignoring one of the key shooter mechanics of the last decade to deliver the retro experience many players were waiting for. Call of Duty: WWII looks and plays like the All-Star collection of the best moments from historical Calls of Duty, but with better graphics, writing, and gameplay.

Return of the Zombie

The graphical fidelity is transferred to yet another staple of the Call of Duty franchise, the Zombie mode. For years now this gameplay type seemed an odd fit for a series, which otherwise strives to keep the setting as realistic (if you can say that about future warfare) as it is possible. Nevertheless, the gamers like this feature, maybe because it’s a welcoming breath of fresh, if a bit idiotic, air and a break from all the pompous self-sacrifice stories of the single-player and the never-ending bickering of the online experience. 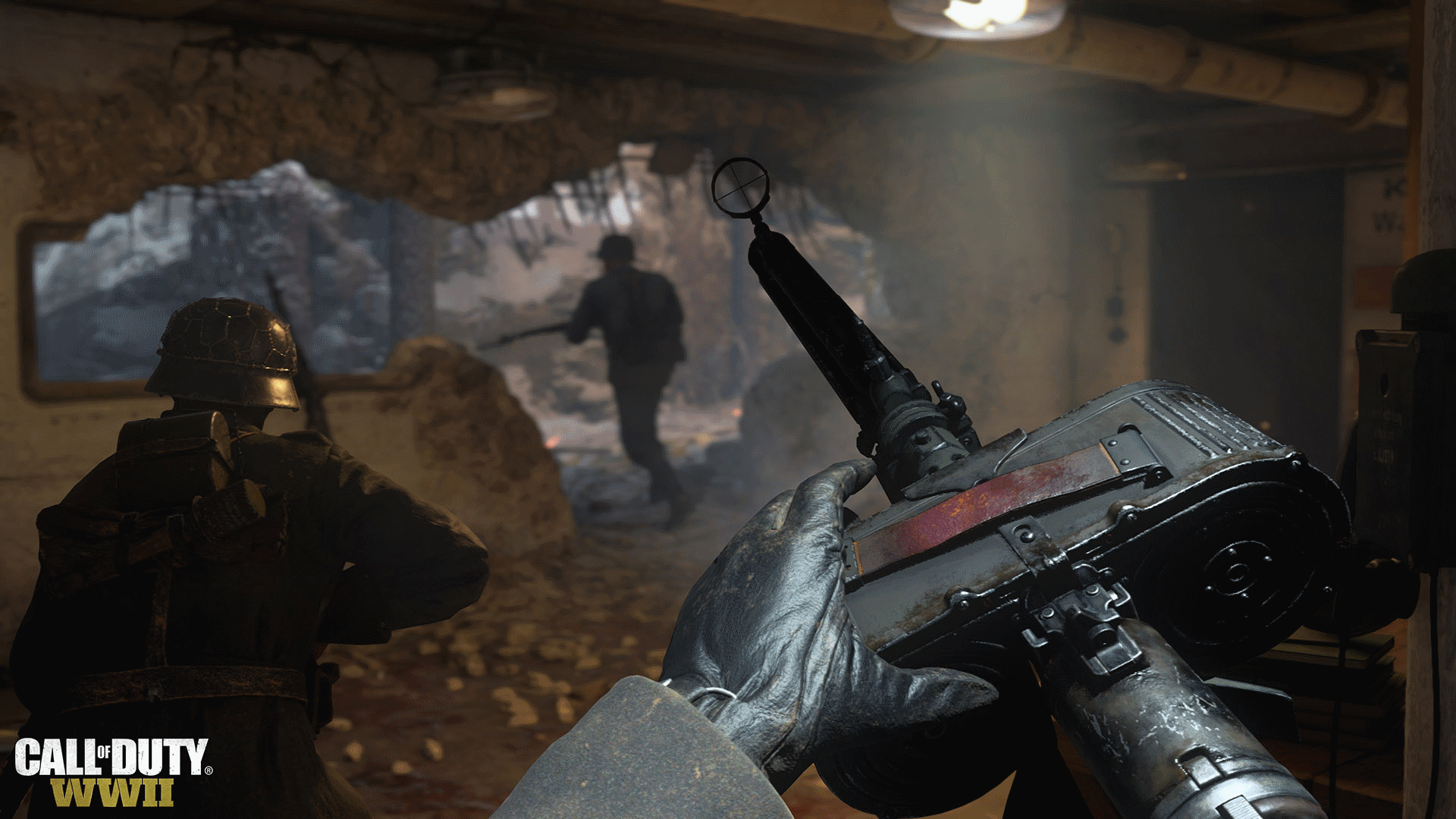 This time, however, Sledgehammer opted for a less wacky approach to zombies. Maybe because of the theme of the game the developers thought that crazy scientists and even crazier machines seemed inappropriate. The Zombie mode strives for horror and in many cases, it does deliver the kind of nightmare experience that you should expect from a story about four people trying to fight off waves of undead brain-eaters.

This is, quite unexpectedly, the part of Call of Duty: WWII that looks the best, with dynamic light effects, darkness and other graphic elements that create a feel quite distinct from the rest of the modes.

Sledgehammer did not introduce any revolutionary new features but tweaked the formula by adding some welcome elements. You can finally pick the character you want to play, so you can recollect all those glorious Left4Dead memories of trying to select your favorite hero as fast as it is possible so not to be left with just the one that you hate. Players can also pick the role they want to play. You can be a specialist on offense, support, control, or a medic. This means that you have access to an ability with a cool-down. It’s a small addition, but a very nice touch which enables the distribution of roles in your team. Especially when playing with random people online this in a way forces them to fulfill their chosen role. 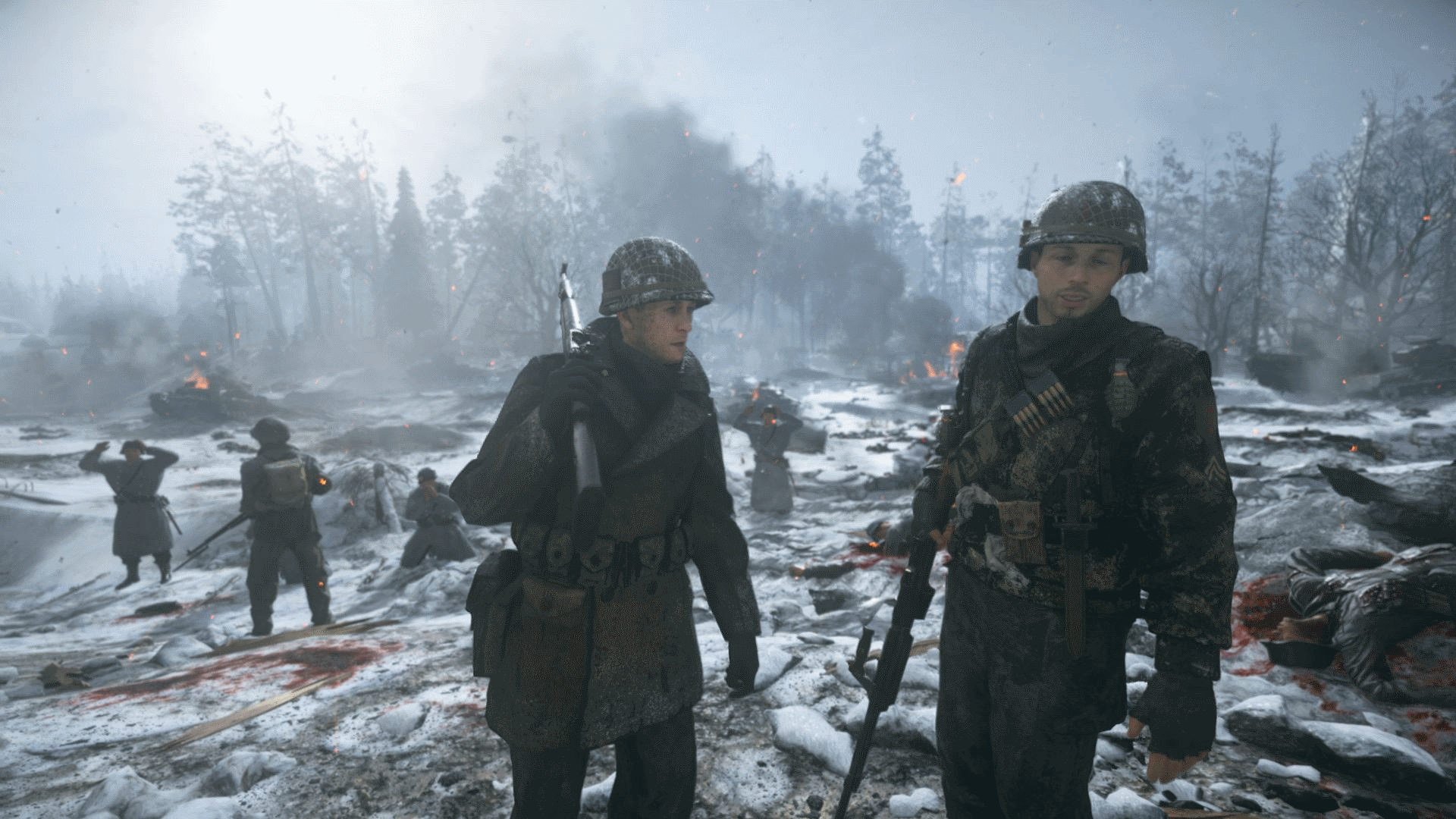 And to all of you who were afraid of jumping into this excellent mode for fear of not being prepared, Sledgehammer has introduced a single-player prologue which gives you a nice tutorial to what the Zombies have to offer.

If you take into account the superb, fast multi-player, the expanded and terrifying Zombie mode and the quick, interesting campaign, you receive one of the best Calls of Duty in recent years. This still is the same game, but the return to the World War II setting seems to be paying off. The game is more focused now, more interested in reliving the known brotherhood and warfare tropes than in creating futuristic scenarios with huge robots and just a dose of realism. If you like Call of Duty, then WWII is the game you have been waiting for.