It took a year for the original Destiny, up until the launch of the Taken King, to become a truly good game. Destiny 2 was substantially better from the get-go, but the most ardent fans found reasons to complain just a couple of days after the premiere. Is the Curse of Osiris a remedy for those problems?

Destiny 2 was great, but it had a huge problem with its end-game. On one hand, the story and the structure of missions tried to rush players to the maximum level of 20 so that they can finally experience strikes, raids, patrols, and all the other end-game stuff. But once one finally got there, progress trickled down to nearly a near halt. It’s wasn’t the case of disastrous Destiny 1 levels, mind you, but still. After getting over the 260 Light level it was really hard to develop your character. And don’t even ask me about getting over that 281 light lump. 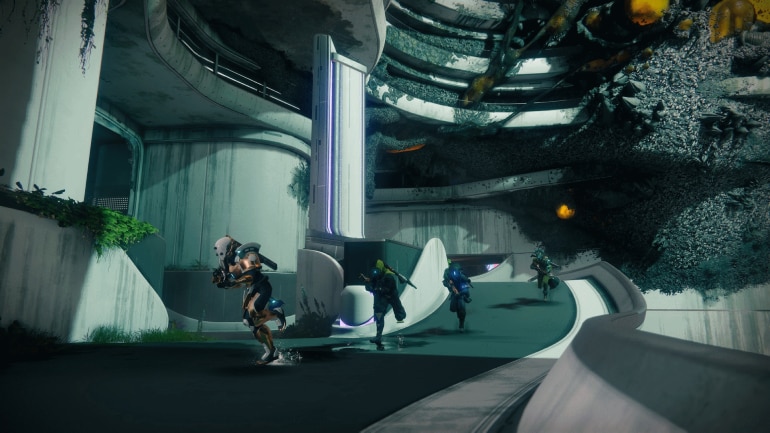 The launch of the Curse of Osiris seems to tackle this problem head on. Suddenly you get more high-levelled loot, even better exotic and legendary items. This slows down the closer you get to the new 25 level cap, but those gamers who left Destiny 2 because of slow development tempo will surely appreciate this change.

The new add-on, shortly speaking, introduces many new elements and tweaks to old problems, such as the new Masterwork-grade weapons for all those people already bored with their exotics. The list of changes, however, is much longer for the patch intended for 12 December, which is a bit odd. Why don’t you fix all those problems once your players come back to the game after the launch, Bungie? And this question, about a half effort, pertains throughout all of the add-on.

The Curse of Osiris is all about the titular Osiris, the most powerful Guardian in history (yeah, where was he after the fall of the Traveler?), an ex-Vanguard commander, the only Guardian to even be cast away from the Last City, and Ikora’s mentor. Osiris appears from out of nowhere just after we deal with the Red Legion threat, creates a big mess, tosses his Ghost into the sands of Mercury and escapes, leaving a problem for your good old Guardian to resolve. 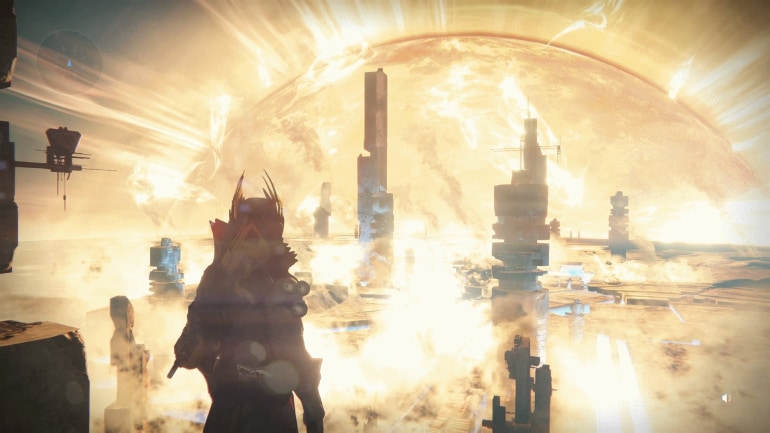 So we have to go to Mercury and meet with the leader of the Osiris cult, which treats the Guardian like a prophet of some twisted, Vex-related religion. We need to restart the Guardian’s Ghost and get to know what sort of mischief is the expelled hero up to. We’ll even get the chance to travel to a new place in my beloved European Dead Zone!

Most of the add-on, however, takes place on the new planet, Mercury, with its Vex-themed Infinite Forest. We’ve already had a glimpse of the place in the Crucible, that is the multiplayer component of the game. This location is simply stunning visually. Destiny 2 as a game, especially on the PC, is a sight to behold and probably one of the best looking video games of the year. Mercury with its Egyptian vibe, rolling dunes, scarce trees, and Vex machinery looks simply extraordinary. It’s a pity then, that the Curse of the Osiris only looks great from the outside. Inside of it we will find the same Destiny 2 with its many problems.

The Curse of Boring

Many players were pretty amazed that the first add-on is launching just a couple of weeks after the PC premiere of Destiny 2 and rightfully assumed that its aim was to cover all the glaring holes of the original game.

The Curse of the Osiris, however, is not doing the best job. The script is way worse than in the case of the base Destiny 2, the additional activities are quickly becoming repetitive and the zone itself is not that big, really. If you were waiting for something completely different, then the only thing you will appreciate is the more mystical feel to the 2-3 hours long campaign. 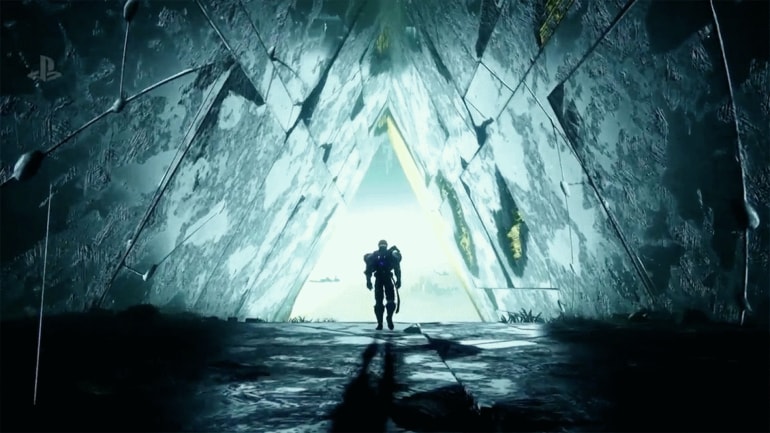 Unfortunately, everything else seems to be just thrown-in into the add-on. There are no major changes to the gameplay, the modification of the loot system is not that expansive, the end-game is still shallow. Add to it the fact that after the launch of the DLC, players without who did not buy it lost their access to the Prestige Leviathan raid. Which they once had. This sort of gate-keeping and dividing your community into those who pay for the season pass and those who are willing to wait and see what will happen (because of their experiences with Destiny 1), is a bit shocking for a company with such reputation as Bungie. On the other hand, more than 3 years the launch of Destiny 1, the developer is still struggling with its communication strategies. Destiny is not Halo. Bungie doesn’t have Microsoft to take all the blame for the errors anymore.

To finish the review on a more positive note, Destiny 2 is still a great game and The Curse of Osiris looks simply stunning. If you are not a hardcore player who expected miracles from Bungie to “fix” a game that is only a bit “broken,” you will be happy with the new location, weapons and cosmetics. Others, well, will have to probably wait until the next add-on to get exactly what they want.