G2A.COM G2A News Reviews D/Generation HD review – a Blast from the Past

Making a remake of a game from the era of Amiga and Atari ST may seem like a foolhardy move, and doomed to fail. And yet West Coast Software decided to bring back D/Generation from its pixelated retirement. Was is worth the hassle? Who is this game for? Let’s see what 2015’s D/Generation HD is all about.

A bit of ancient history

The original D/Generation was released in January 1991, primarily for Amiga and Atari ST. From what I heard, the original is a source of many fond memories for those, who could play it. It was voted the 40th best game in the world at the time, which is impressive, I think. At any rate, that so many older gamers remember it this way is proof enough of the good and strong impression it made in the early nineties.
I wouldn’t know, myself. At the time of its launch I think I was still figuring out who’s that guy in the mirror. My point is: I have no memories (let alone nostalgia) of this game, so the HD remake was my first contact with D/Generation.

In D/Generation HD you play as a guy. This is pretty much all characterisation we get for him, but honestly? It doesn’t really matter. He isn’t supposed to be a character as much as a player avatar, so there’s no harm in it. 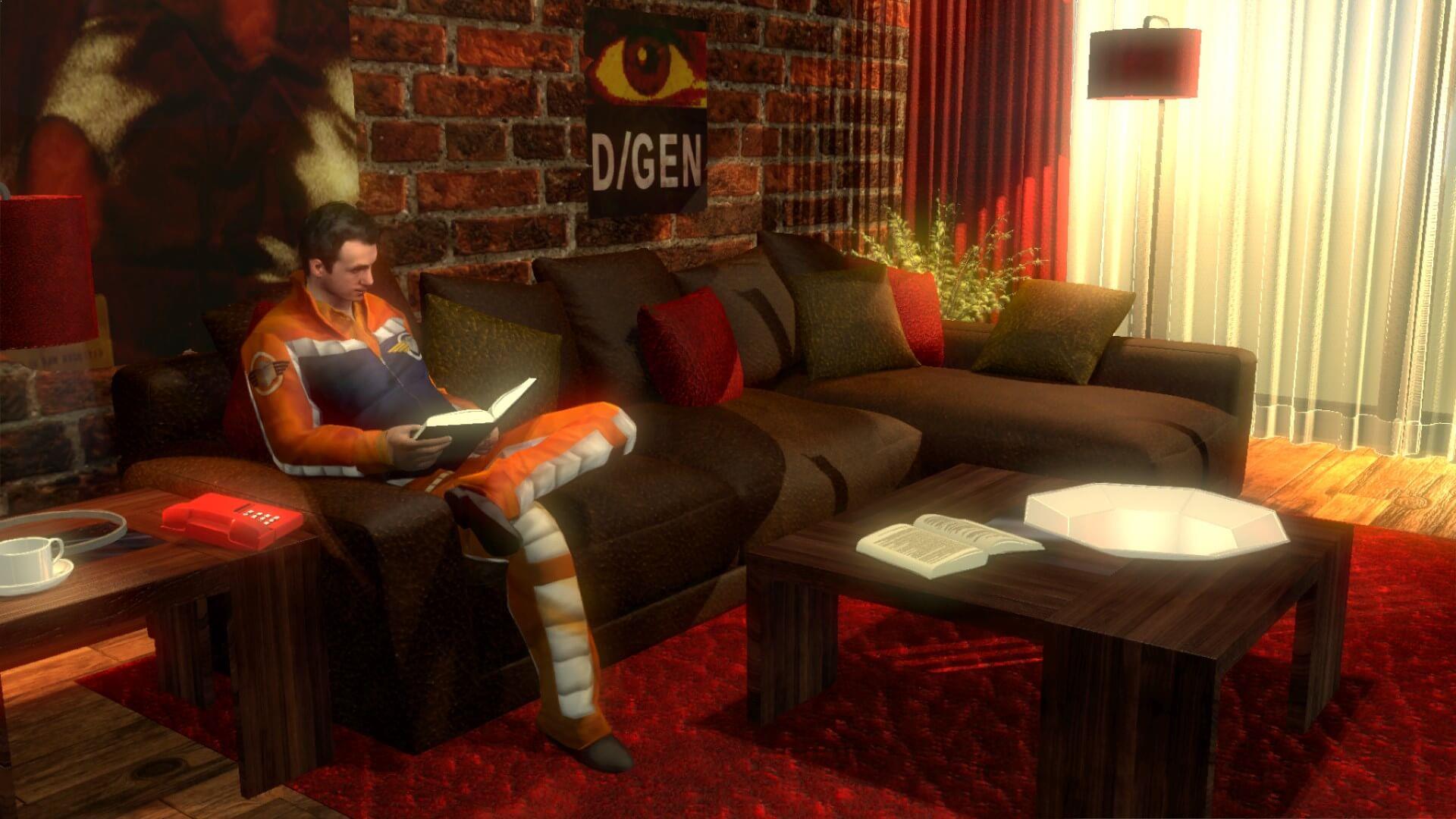 A true courier is always dressed for business

The plot setup isn’t very complicated, but it is, in fact, very 80s/90s. The year is 2021, which means couriers with jetpacks. The protagonist, Jacques (he doesn’t get a name, so let’s give him one), gets a call. He needs to take a package from Paris to a scientist called Derrida in London (Singapore in the original). The guy works for a medical research company called Genoq, which also dabbled in bioweapon development. And, as it usually happens, the bioweapons bit the company in its scientific posterior. It falls to Jacques to sort out this mess, because he can’t get out anyway, so what the hell.
This sets up the plot, the rest of which you need to piece together on your own. There are plenty of hidden notes to discover, and some conversations with people you rescue can also yield some information. You get out of the story as much, as you want, it’s not central to the experience anyway.
What is, then?

The game is essentially a series of typically stand-alone (though occasionally interconnected) escape rooms of increasing difficulty. Usually you’ll face some turrets, one of several kinds of artificial life-forms (ranked A to D), doorways blocked with keycard-sensitive lasers, and other deadly or otherwise obstructive fun. 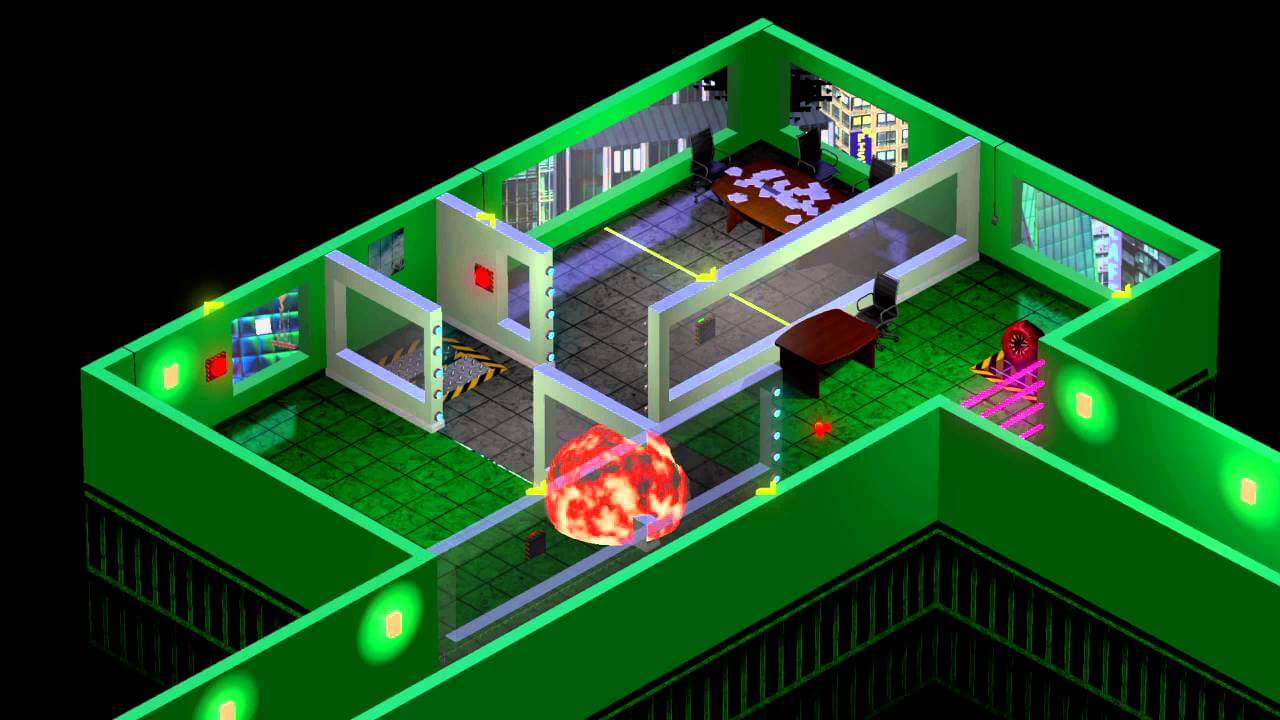 Every room is a puzzle, and the solutions are mostly based on good timing, rather than convoluted schemes. There is, however, a decent number of switches to fiddle with as well.
You can also rescue surviving scientists by showing them the door (rude). In addition to the aforementioned story titbits, it also nets you an extra life. Remember those? They used to be a thing before red screens of regenerating health.
Overall the game isn’t particularly hard if you take a second to figure out what you’re supposed to do, which is nice, because it prevents frustration from getting out of hand.

Jacques and The Technicals

The interface is simple, and doesn’t leave much to be desired. You can see the most important stuff on their dedicated panels. On one side you can see stats like the level, number of rescued scientists. On the other side you have the inventory screen listing your weapons, and how many lives you have left.
The West Coast Software had a very good sense to include a manual save/load system at any time, because when you lose your last life you go back to the beginning. It also minimises the damage caused by a badly aimed laser shot, or an occasional bug, of which there a couple. A terminal sometimes wouldn’t load, or textboxes disappear completely. Nothing a quickload wouldn’t fix, though.

This baby gets its own section, mostly because I’m not entirely sure what to think about the game’s graphics. D/Generation HD enjoys some benefits of 3D graphics with a fixed isometric camera, although I’m not entirely convinced it needed to abandon the original look, really, especially with the popularity of some pixelated old-school-looking games like Undertale.
As it is, it’s doing its job. Especially the turrets received an upgrade. They changed from being some sort of curved pipes spitting balls at you into some sort of curved biological toothy snouts spitting balls at you. Because science! 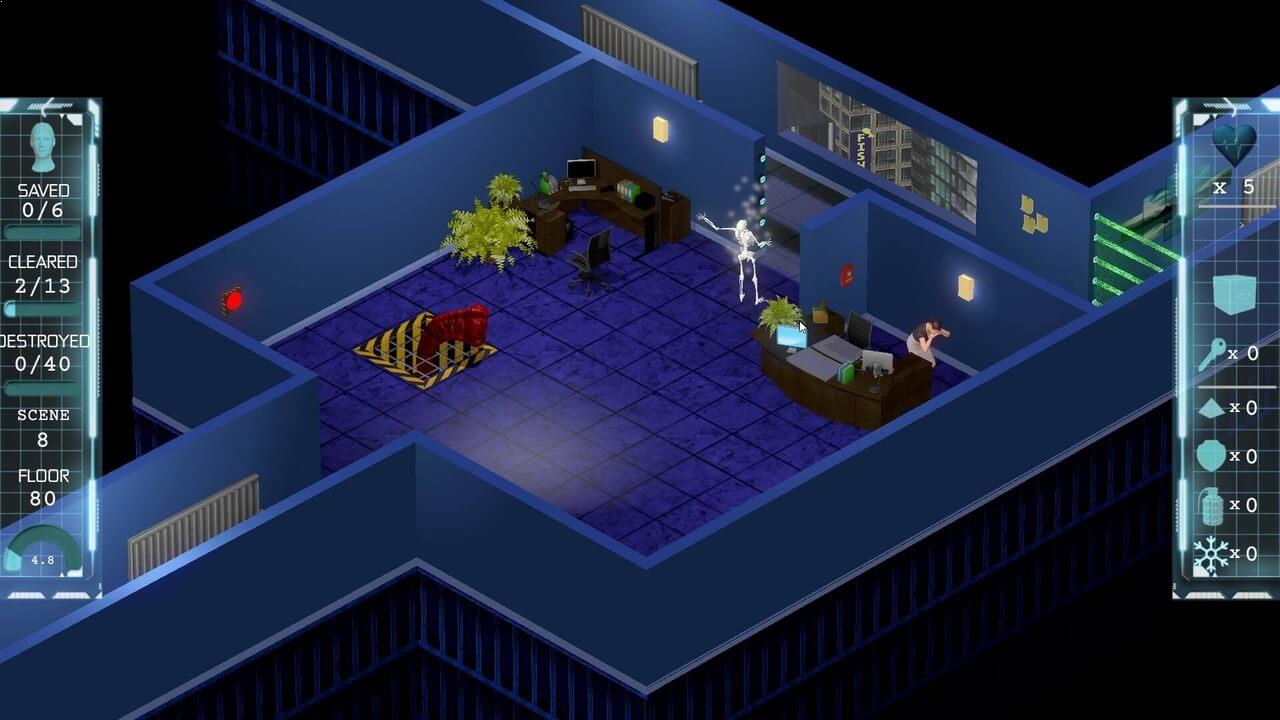 One thing that I think should have remained from the original and the early version of the remake, are the chest-high walls instead of full-height ones. True, they turn transparent when you come close, but often there is something deadly or important behind them and you may not see it until it’s too late.
In the end, it’s largely a matter of taste. The new graphics are a definite technical upgrade, but an argument could be made that they lost a good chunk of charm the original had.

It’s a pretty good game, considering, although it isn’t for everyone. It may awaken some childhood memories in those who played the original. It will likely appeal to enthusiasts of straightforward logic puzzle games, too. However if you’re looking for intense gameplay, tight controls, or even a visual spectacle, this isn’t this kind of game at all now, just as it wasn’t that kind of game back then.
Is it the game for you? I have no way of knowing. What I can tell you, is that it is an old school experience recreated to be playable without DOSBox or gouging your eyes out with humongous pixels. If this kind of thing appeals to you, it’s certainly worth a shot.

This is the hardest delivery in your life. Survive security measures going haywire, and the bioweapons that caused the chaos. Can you solve each room's puzzle and rescue everyone?

Would you kindly... | Andrew Ryan, BioShock