Dishonored 2 is a stealth game. Or it’s an action game. Carnage is your way. Or you’ll end up without killing anybody.

It’s a game that wants you to experiment. Titles being more of a tool than a game are a rare but a fascinating thing. And that’s what makes this sequel a truly entertaining experience.

Dishonored 2 takes the formula of the original and expands it in various ways, many of which serve only as an additional method to unleash your creativity. This freedom of approach is what makes it one of the best games of this year. 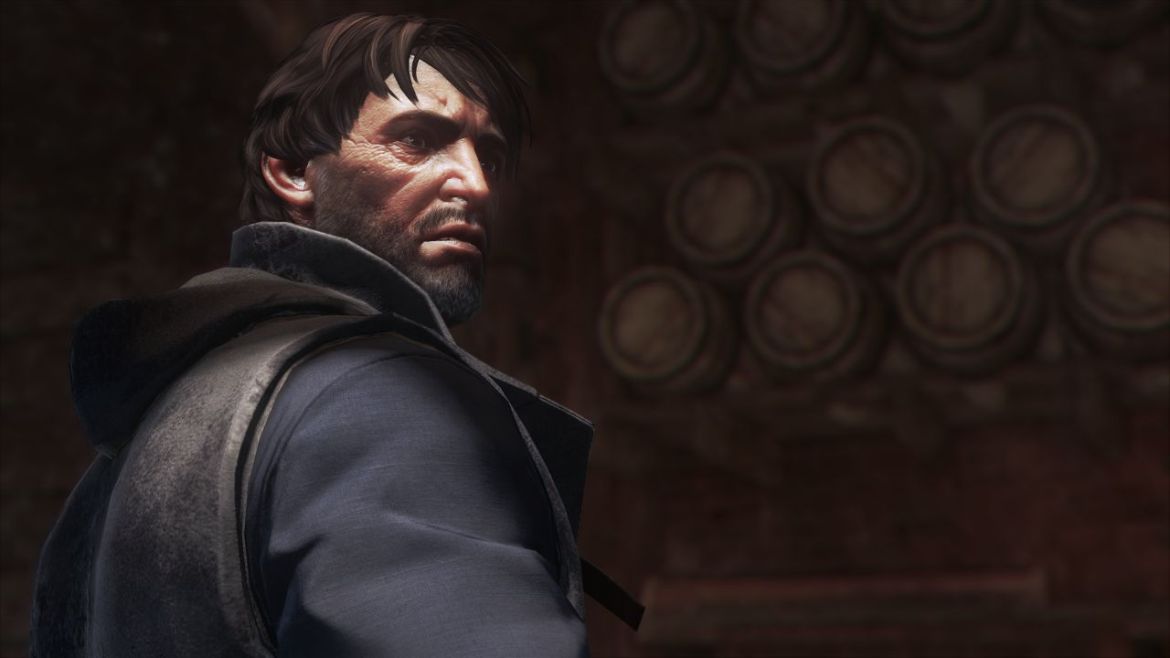 Corvo at your service

During one mission – the one heavily presented in the marketing campaign – you visit the Clockwork Mansion. It’s interesting by level design in itself. But for me it was the moment when I truly felt that I am the one who knocks there. I have finished this mission three times and each was a unique playthrough in some way. The best example is the third case where I was able to kill the main target without him ever knowing that I was on his doorstep. No guards alerted and just two bolts shot.

Fifteen years have passed and now Emily Kaldwin is the Empress of the Isles. Her reign is interrupted as she is deposed of her throne in a coup led by Delilah Copperspoon, alleged sister to Emily’s mother. It is when we are given a choice: do we want to continue story as Dishonored’s infamous hero, Royal Protector Corvo Attano or grown-up Kaldwin herself. The decision affects the gameplay but not the story as much.

The whole plot surrounding Empire’s ruler is almost the only weak element of the game. Theoretically you are given a purpose to eliminate specific targets and take back the throne. As a matter of fact, there’s not enough time for villains to develop. One mission, one kill (or more). You quickly realize that it’s not who you kill but how. 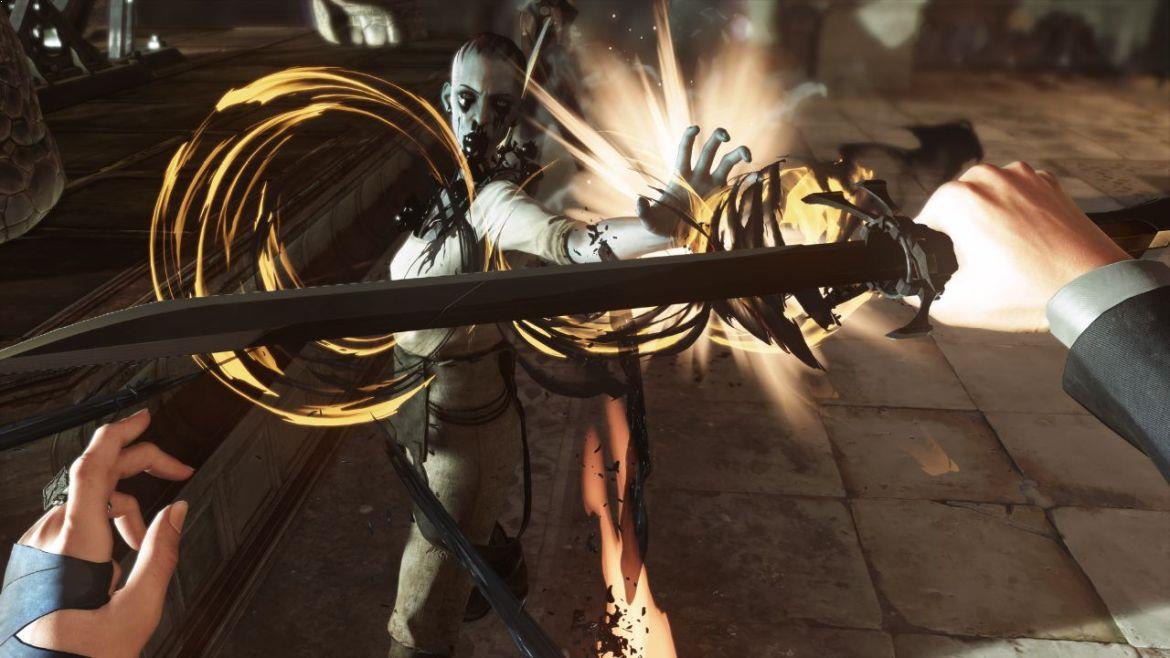 Fighting – creative, but not as entertaining as stealth gameplay

After a brief prologue in Dishonored’s Dunwall, the sequel takes us to Karnaca, the Jewel of the South. Here the Void Engine shines. It’s gloriously detailed outside, with citizens focused on their daily routine (no more empty streets due to rat plague). It’s a bit worse indoors with the architecture much closer to the one of Dunwall. But the buildings serve a different purpose – there are there for you to explore and, boy, there’s a lot to collect.

Each location has Runes, schematics, money bags and other items put in various interesting places. You quickly forget about the mission and find your true purpose: to make the gameplay fun by your own means. Sometimes it’s a total obliteration of enemy patrol. Other time you’ll spend an hour locating all collectibles available – just to realize then that there was a much shorter way for you to use in the next playthrough. Additional side quests are interesting enough to motivate your exploration.

It’s worth mentioning that the gameplay benefits greatly from the enemies’ AI. They are not those dumb bots that won’t see you sitting half-visible behind the crate. If they hear a noise, they’ll check it out. If they find a guard missing, they’ll start searching for them. Sometimes NPC characters are worried by your presence and start shouting for soldiers. Of course, the AI is not perfect but it suits the stealth/action game well. There were many times when I had to dramatically change my plan because of their behaviour and that’s a huge plus. 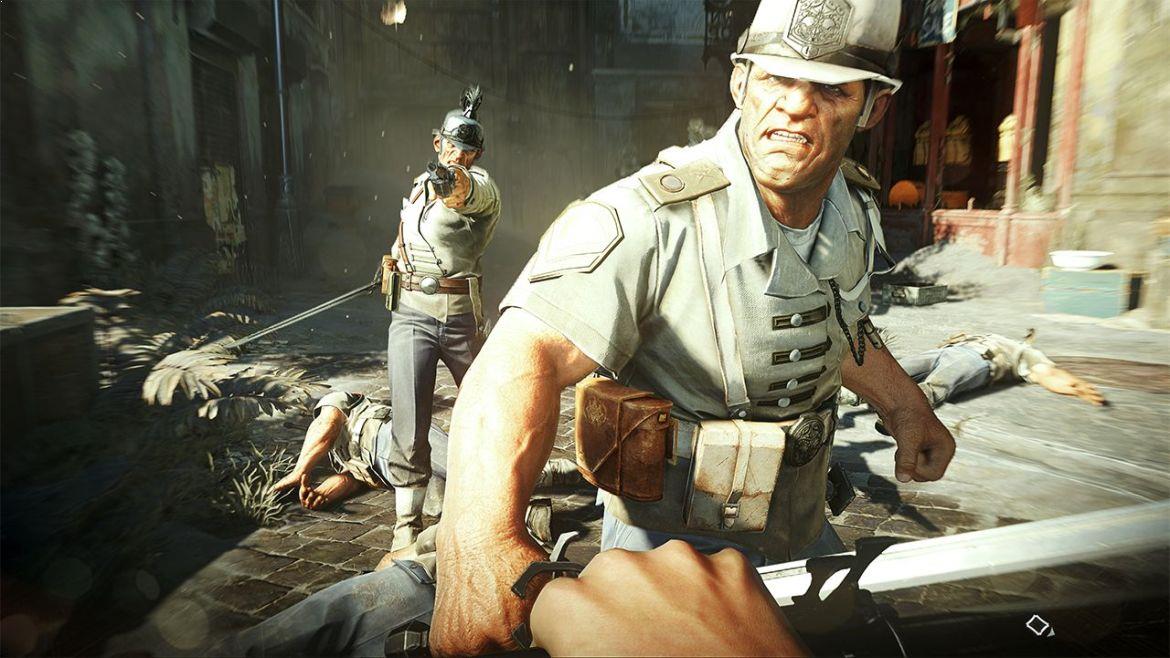 Some people just want to die

When it comes to fight, they don’t wait with attacks. You have to be aware of your location. I’ve taken a beating because I was careless. Open fights aren’t impossible, but – especially at higher difficulties – it is worth plan and find a tactical advantage. Your curiosity sometimes kills you, but otherwise it’s fun to find a way to ax the danger.

Emily’s and Corvo’s skillsets come in handy here. They are not totally different but it was fun for me to experiment with Kaldwin’s Domino (thing you do to one target happens instantly to another as well) and Shadow Walk. I believe Dishonored 2’s open combat is a little easier than in the original. Especially later in the game you will feel a bit overpowered with possible lack of proper challenges gameplay-wise.

Fortunately, I’m one of those players who have finished Deus Ex: Human Revolution without killing anyone, without setting off an alarm and on the highest difficulty level – all in one playthrough. It’s easier to play Dishonored 2 without stealth, but you’ll find it even more entertaining with “quiet runs” when you start the campaign for the second and another time. 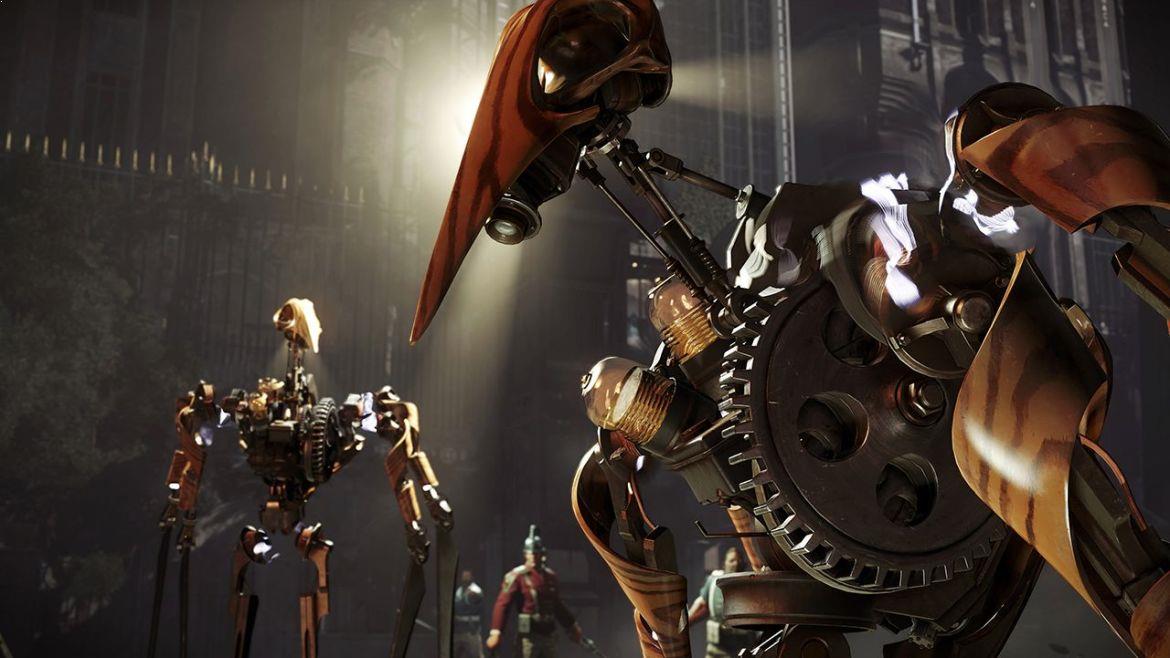 What does little birdie say?

The best part is that with all those possibilities – combat and stealth, various skillsets, diverse items at your disposal – it’s great to explore each mission. As I mentioned at the beginning, sometimes you’ll find something new during the third take on any specific quest. It’s supported via mission-unique mechanics – dynamically changing layout of the Clockwork Mansion, dust or even a form of time travel.

The release version of Dishonored 2 is a great piece of work. There are additional challenges for us to look out with further difficulty settings and a New Game Plus mode. You can even finish the game without powers if you wish. At the end, it’s not about who gets the throne but what stories you create on your own.

The throne of Dunwall is usurped again. Play as Corvo or Emily and take back what's yours. New powers, new gadgets, new enemies.

The Kid just rages for a while. | Narrator, Bastion