A new kind of formula

This year real life Formula 1 has made changes to the rules of the race to fight stagnancy and invigorate the sport. In effect, we got cars that drove harder and were meant to be pushed to the limits. The same can be said about the virtual counterpart which is both beautiful, deep and full of quality entertainment. 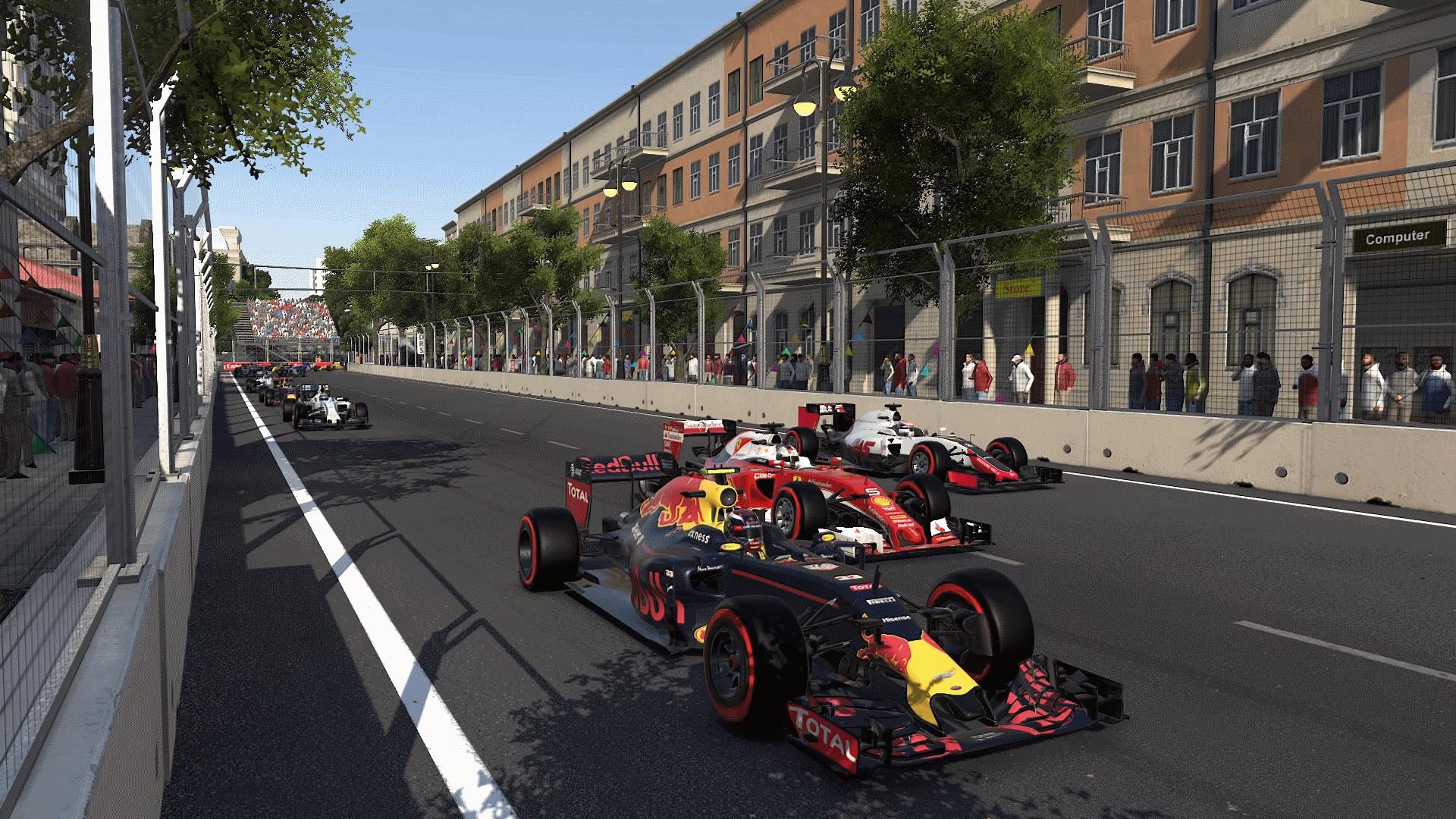 The heart and soul of the series has for quite some time been the career mode. In it, the player chooses his or her alter ego, signs for a team and jumps through hurdles to get to the top of the pile. And this year there is plenty to be happy about. Apart from the racing itself the whole experience has been both streamlined and evolved in many ways.

When you want to be a part of something big, and let’s face it F1 is a huge event, then you want to feel the size of what’s surrounding you. Codemasters are playing it well. From agent and team interactions, through circuit presentations, up to behind the scenes paddock encounters all is good in the presentation department. The feeling of being an F1 driver is close to overwhelming.

The intricacies of the technical side of racing are also not pushed aside. You get all the usual stuff: vehicle settings, race plans, practice data analysis and much, much more. All that will help us achieve the goals set by the team we’re currently on. 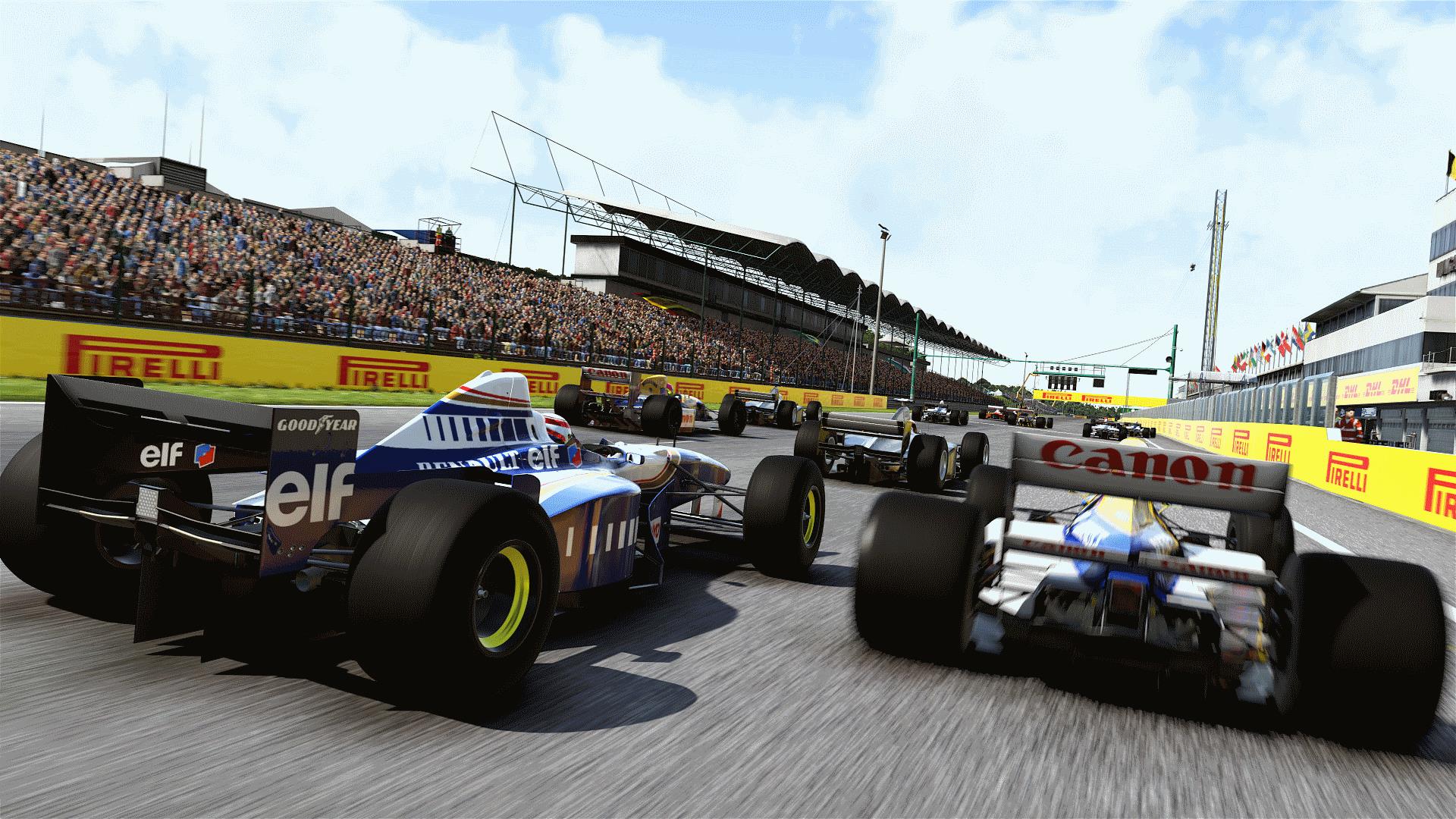 During your career, you will also have the opportunity to develop your car using a skill tree that very much resembles those found in RPG games. Choosing from four different branches – chassis, aerodynamics, powertrain, and durability – you can invest your time and points into improving the vehicle. That, however, also depends on the team you’re driving for. Some will require you to upgrade the engine to be competitive. Others a more sustained approach.

You get the points to spend during the race weekend. For hitting goals, not getting penalties or exceeding expectations. And participating in practice programs. Those serve a dual purpose. Apart from getting the XP (it’s called points, but who are we kidding?), you can also actually practice the finer techniques of F! racing. Tire and fuel management, lap speed and others are neatly divided into digestible chunks that let you become a more self-aware driver. They also immensely add to the strategizing part of the experience.

What complements all those fantastic options is the key issue in driving games – the actual driving. Whether with a steering wheel (which I absolutely recommend) or a gamepad the game just feels fantastic. Each turn or acceleration or braking carry the weight and just by the car’s reaction to your input you get the feedback of what you’re doing right or wrong.

The vehicles themselves also feel very distinct in how they handle. You’ll see huge differences between the top of the pile like Ferrari and those who struggle. It is a perfect way of showing how much in the sport depends on the team behind the driver. The fantastic physics engine is supported by AI that is one of the best on the market. From training sessions through qualifications and the main event, they behave in a reasonable manner always forcing you to be on your best and not defying realism at the same time. 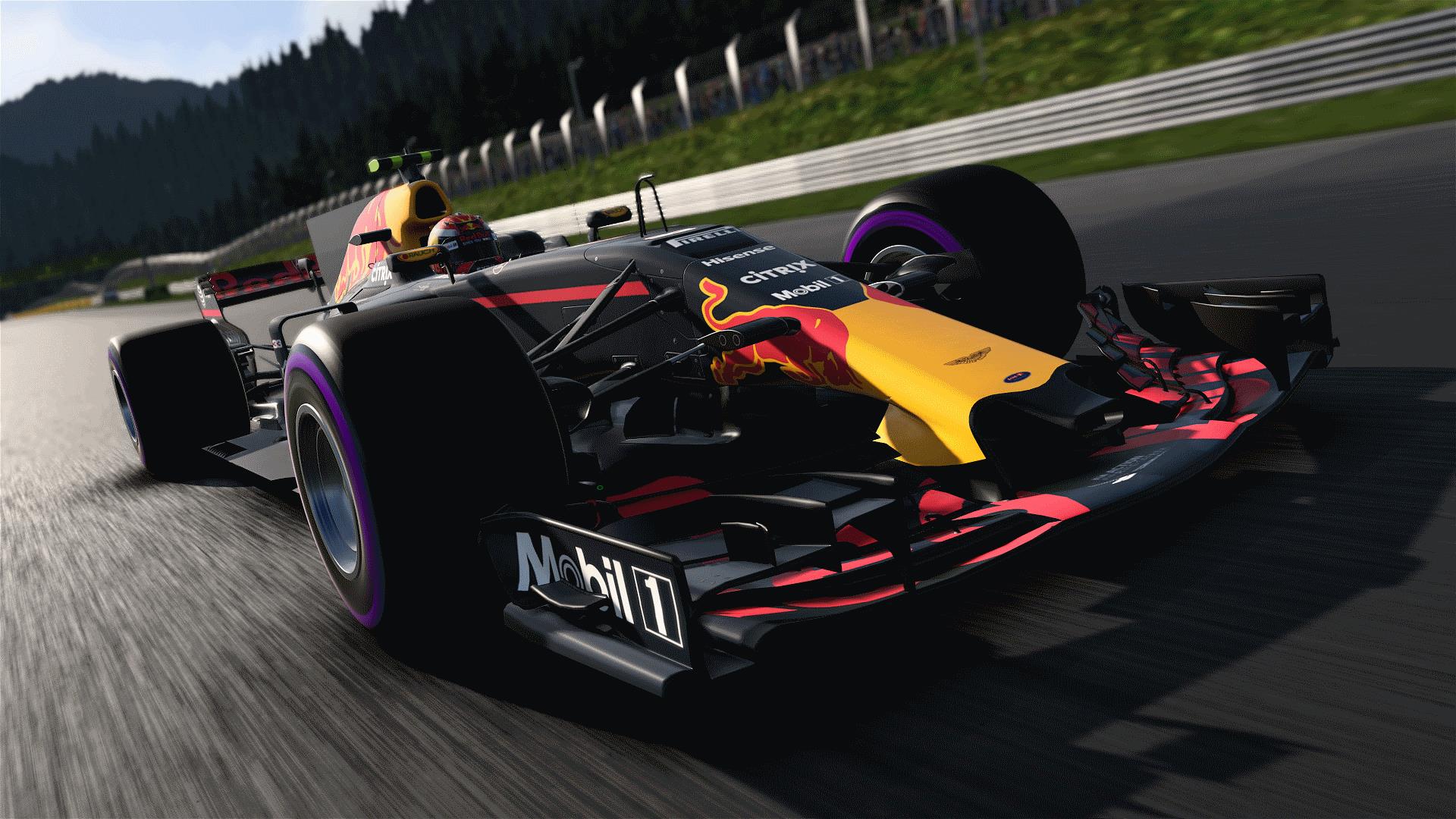 Look at it, just look at it

The sound and the looks of the game are as impeccable as we’ve grown to expect. All the cars are modeled down to the finest detail, the tracks shine as the weather changes dynamically. It’s all a gorgeous affair. The sounds are equally impressive, especially if we listen to the classic cars which are included in the game. Their engines roar with power.

You got a full plate of gameplay options other than the career. Online is easy as pie this time with a hop in function that lets you decide the parameters and quickly takes you on the track. You can spend a full season with your friends, attack a time trial or go into downloadable Events, which are scenarios putting you in different track situations. There’s plenty to do.

F1 2017 is a fantastic evolution for the series, which grows stronger and stronger by the year. It really doesn’t have that feeling of buying the same game all over again and on the contrary, brings a lot of freshness to the gameplay. If you’ve ever wanted to fall in love with a sport than sitting down with Codemasters baby will sure get you pumped up for the real thing.

There are meaningful changes made to the game. Additions that make sense and enhance the experience. From a revised career, through deep but surprisingly accessible settings up to an easy and streamlined multiplayer. All looks good, plays well. Feels good.

If you want to race then you are in the right place. Fasten your seatbelts, we are going for a great ride.