It’s that time of the year again. Time to lose yourself for countless hours in the magical world of professional football. No debate here, it’s worth it again.

The science of Football

Football Manager is an already established series, that has little competition in its field bar some smaller phone apps or more casual PC productions. This, however, has never stopped the lads at SI Games to strive to make their games better and better every year. The features just keep on coming and, even if they are a mixture of hit and miss, that makes the game a worthy purchase.

The studio is embroiled in a three-year production cycle, meaning that each game’s new features have been decided more or less a long time before the game hits the shelves. There’s a huge list of new ideas for the game somewhere at the studio and these are picked and chosen to both refresh the game in meaningful ways and ensure that the production cycle stays realistic. 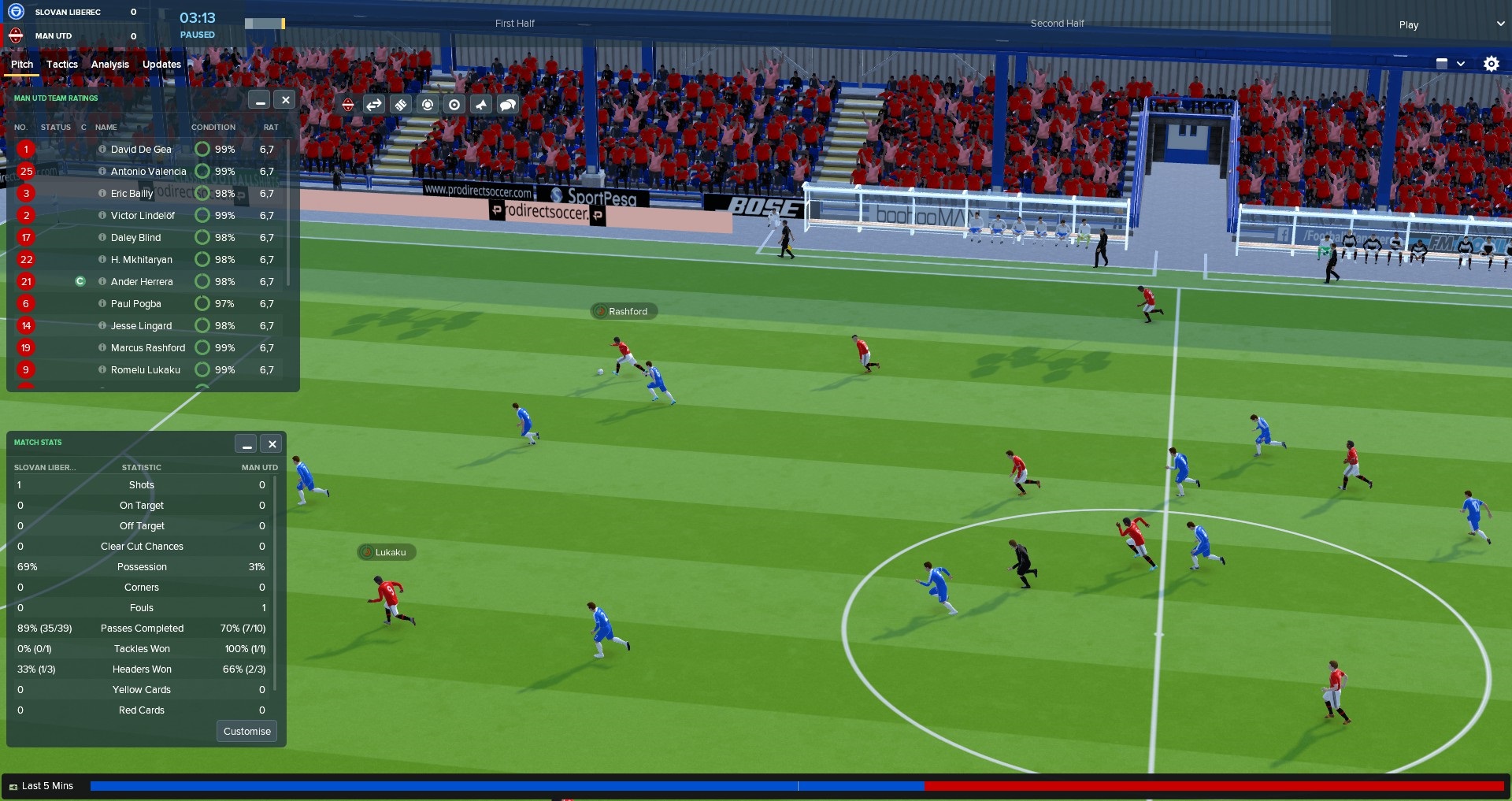 In comes Football Manager 2018. It is definitely one of the most invigorating installment in years with new features either completely changing some aspects of the game or improving them in meaningful ways. It’s a tough time for those who poured hundreds of hours into last year’s production because we’ll have to get rid of some of our habitual behaviors. But trust me, it’s well worth it.

In with the new

Possibly the most significant addition is the Dynamics system. It systemizes something that has been “under the hood” of the game in previous iterations, but was never significantly categorized and presented. Basically, we now have a section of the game that breaks down who the leaders of the team are, how the team plays together, what are the different social circles within the locker room and how happy our squad is.

It puts so much importance on this aspect, if not by design than by the green and red markers showing us how well the team gels together. It becomes a game upon itself to make sure that the guys work together in a proper manner, like each other and that everyone knows their place. Especially that now the game actually gives you feedback as to the consequences that negative chemistry within the squad has. It sounds obvious – they do not form a unit on the pitch – but when you’re given it on a plate it makes it all the more jarring. 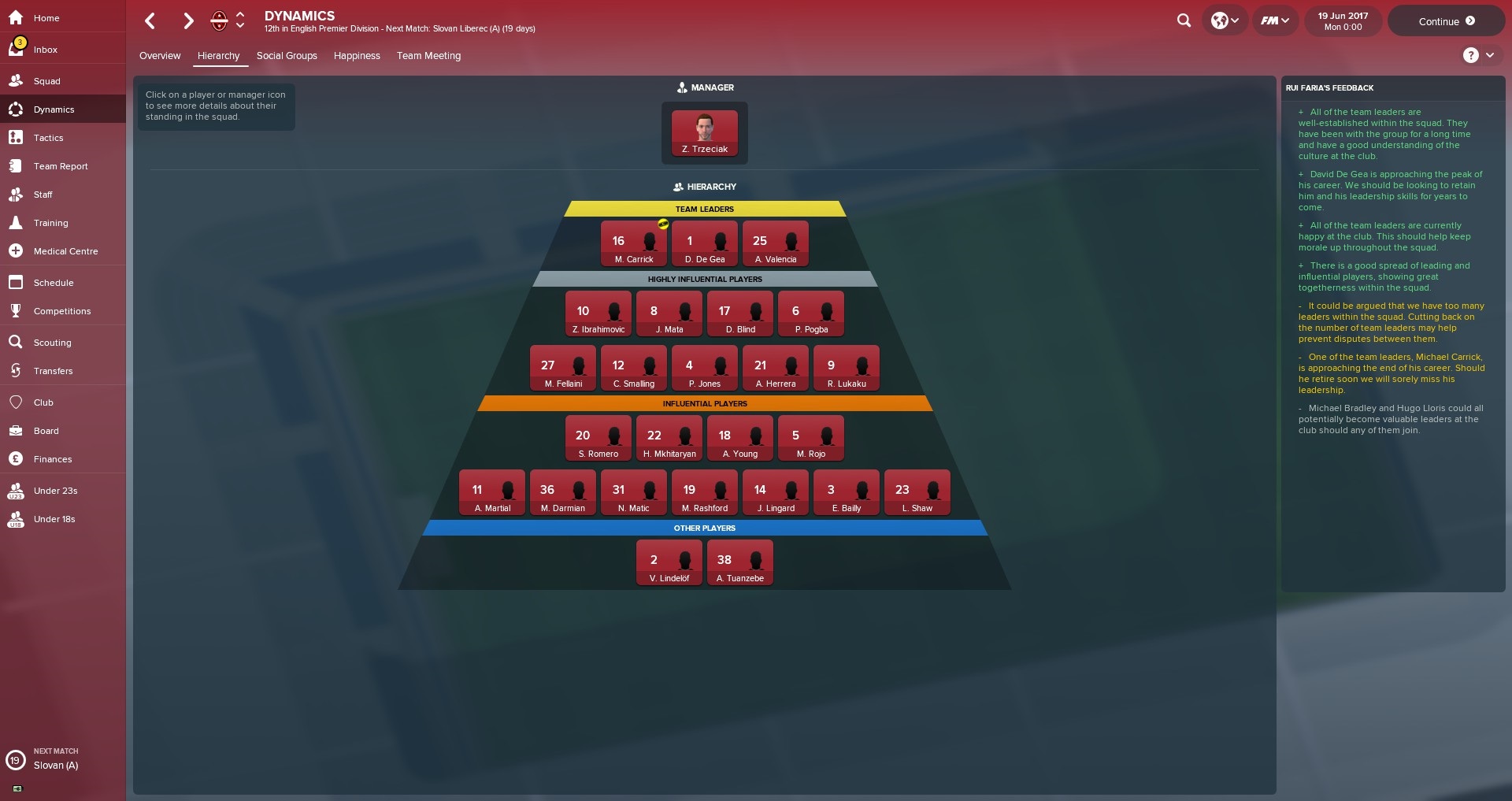 There are so many layers that this system affects that it permeates the whole game. Whether thinking of new transfers or rotating the squad you must have the notion of chemistry in the back of your head. I was managing a smaller European club and being successful with it. So much so that a bigger transfer was possible of a quite big, if slightly older football star. The fact that he didn’t speak the language and was of a different age than most other players and was immediately aiming for that leadership spot made the team worse in the short term, meaning it’s out of the Champions League and back to shoestring budgets. Cases like this make the game a whole new story. Luckily, a sort of Football Manager tips and tricks are provided within the game’s help system.

The doctor will see you now

The other big thing is the revamp of the medical center in the game. It now gives you much more detailed info on what kind of injury the player has sustained, how it is being treated and how long will you be coping without the services of a given player. Although the information has been present before it is about time that it got a proper and reasonable presentation.

The medical center shines brightest in a different aspect. It gives you an overview of the player injury risk. Both overall as a projection of his physical susceptibility to being hurt as well as at any given moment as a result of his training and match tiredness. It gives a very clear picture as to who should be benched, who is ready to play and how to manage your squad so that the fitness levels and health are being taken into consideration. 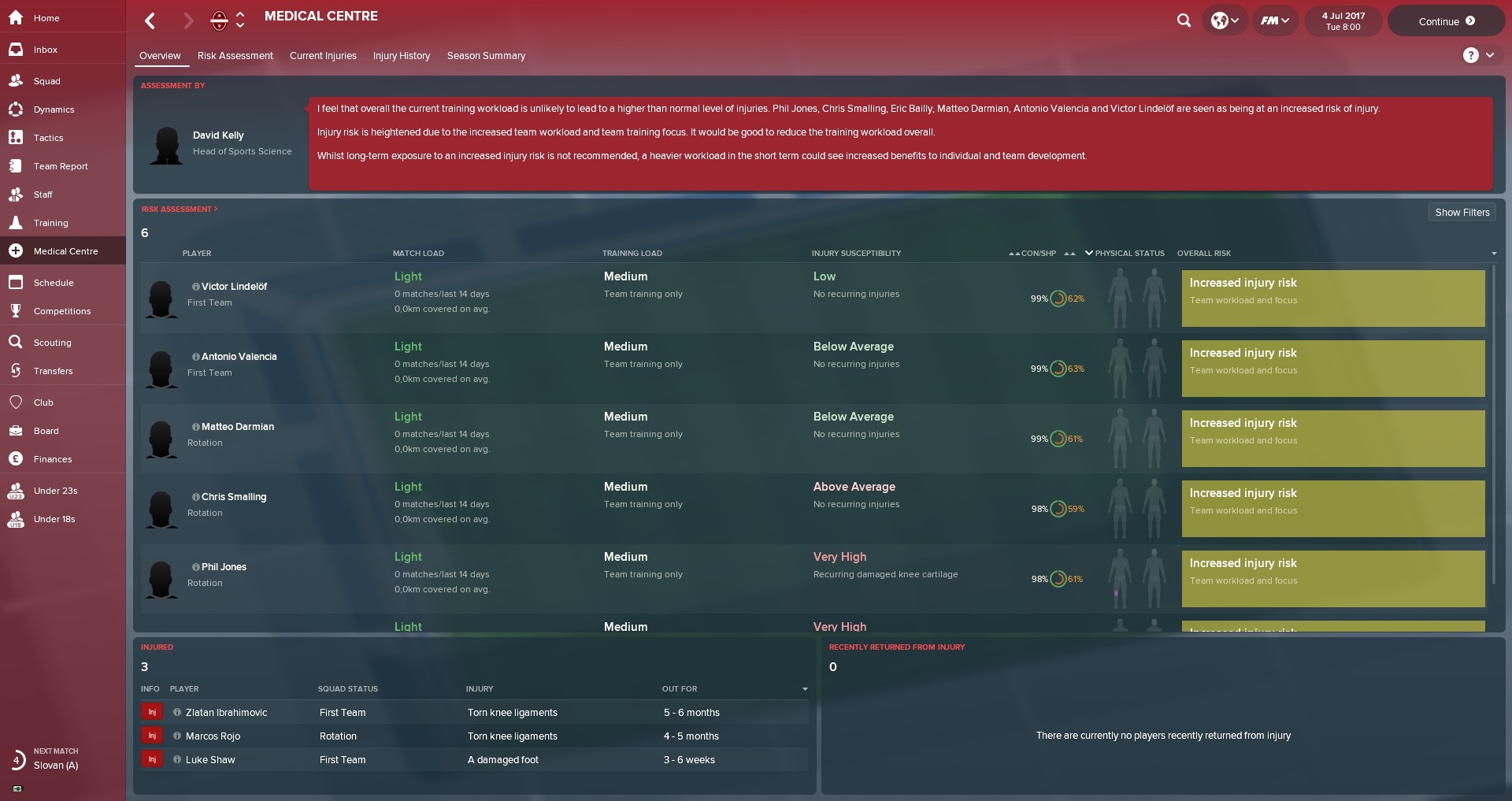 It might seem like an overload of information but the fact of the matter is that the more you know, the easier your decisions become. Football Manager is a complicated game and with more and more information that is clearly stated to the player, it becomes a more streamlined, a more enjoyable experience. Knowledge is, in fact, power.

There are, of course, many smaller additions to the game that either change the way some information is presented – i.e. tactics screen – or add a much-needed change to the way some data is organized – scouts, for example. These are wanted, needed and appreciated, but do not change the experience in a fundamental way. They are just a part of the evolution of the game.

Take the match engine for example. The guys at Creative Assembly have been helping SI Sports for a couple of years now with the graphical representation of what is happening on screen. It is better and better every time but still far behind what we’ve come to expect from modern video games. But it also goes to show what kind of game Football Manager 2018 is.

It doesn’t need to strive for graphical fidelity or the best music playlist in the business. For years and years it has been building one of the best RPG worlds there are, filled with characters, strategy, planning and moments of great triumph and failure. It just so happens that it is into the world of football that you go on your adventure.

Dynamics, medical center, scouting and a new match engine. Plus hundreds of smaller things. What are you waiting for?