With Q1 finished, we already have some good pretenders for the Game of the Year title. And Horizon Zero Dawn definitely belongs to that group.

For Guerrilla Games it was a risky step to take – they left the comfortable area of first person shooters and decided to create a third person RPG set in a new universe. It was a risk worth taking, as we have received a new IP that has much more to offer in the future.

It’s far future and something really bad happened to humanity. The planet is ruled by omnipresent machines and other people aren’t a common sight except for some tribal outposts and villages, with only few major cities. Not many people know what has really happened – well, even the elders do not know much. We play as Aloy, an outcast from her tribe, and as our journey progresses, we’ll discover not only her origin story, but also what exactly happened to Earth.

Is that a dinosaur?!

There are over twenty types of machines living there in the wild. Some of them resemble animals that we are familiar with. Others are baldly inspired by dinosaurs. All of them have one thing in common: when agroed, they become deadly. But there’s a catch: each has weak points. After the initial sequences, there are no major tutorials in the game and I like this idea. We are here to discover and that includes the machines. We learn how each type behaves, what are their weaknesses, how to be stealthy while they are patrolling the surroundings. It’s a fun process, alas it becomes somewhat superfluous later in the game, when we are experienced enough to go into Schwarzenegger mode.

To control the battlefield, Aloy uses various types of weapons and equipment. And while I’m not a fan of bows in action games, they work really well here, with the additional support of rope caster, traps etc. This is where RPG elements are in focus, with our heroine getting experience points to spend on additional skills and improved tactics. You’ll be constantly changing items, but fortunately you don’t have to do this every level or two. To finish the story I’ve changed the bow three times, with some modifications of all elements of armor and gear. If you are one of those completionists, the system will surely be addictive to you, especially because there are some “legendary” items to find, including one totally overpowered armor.

At its core, Horizon Zero Dawn is about being stealthy, especially on higher difficulty levels. Of course, it’s not a hardcore RPG in the Ironman mode. If you start a fight, there’s a good chance that you’ll win it, but staying silent makes the gameplay more engaging. Machines tend to stay in groups, with different roles and behaviours. Your task is to plan how you’ll eliminate them one by one. Later in the game you are required to fight humans in greater numbers and, what’s surprising, their AI isn’t among the best ones I’ve met, to say it lightly. Also the melee combat feels clumsy, especially indoors. It’s much more entertaining to fight in the wild – I like the quick crafting option that slows down time. It would be nice to see a free update with a hardcore mode, where it’s impossible during fights.

Aloy herself is behind the greatness of this game. It’s a well written, charismatic character. She tends to be sarcastic and headstrong. I would definitely love to see more of her adventures. There are various plots in-game, most of which I wouldn’t like to spoil. The early ones involving tribal problems are among those less interesting, but as we quickly find the tool named Focus, we start uncovering mysteries of the past.

Unfortunately, the side quests aren’t that engaging and very often they start with someone or something missing. “Fedexes,” as we may call it, are common, and the only good side of those is that we can appreciate the views.

And there’s much to look at in Horizon Zero Dawn. I’ve played the whole game twice on standard PlayStation 4 models and Guerrilla Games gained my kudos after achieving that much. Just check some gameplay videos and screenshots to see what magic was done here, especially when you consider that this is an open world game and not a set of directed action sequences. The great bonus comes in a form of a photo mode – amazing things come as a result of this function.

While there are some intricacies that could have been improved (just to mention some UI problems in equipment/shops), Horizon Zero Dawn is a solid debut for a new IP and certainly one of the best games released this year yet. If 2017 started with such a great title, as a player I can’t be more satisfied. 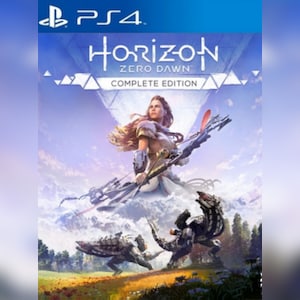