Middle-Earth: Shadow of Mordor has come out of nowhere, proving that you can create an excellent game about the world of Tolkien with a new twist. Can the hugely anticipated Shadow of War succeed in the world of great expectations? 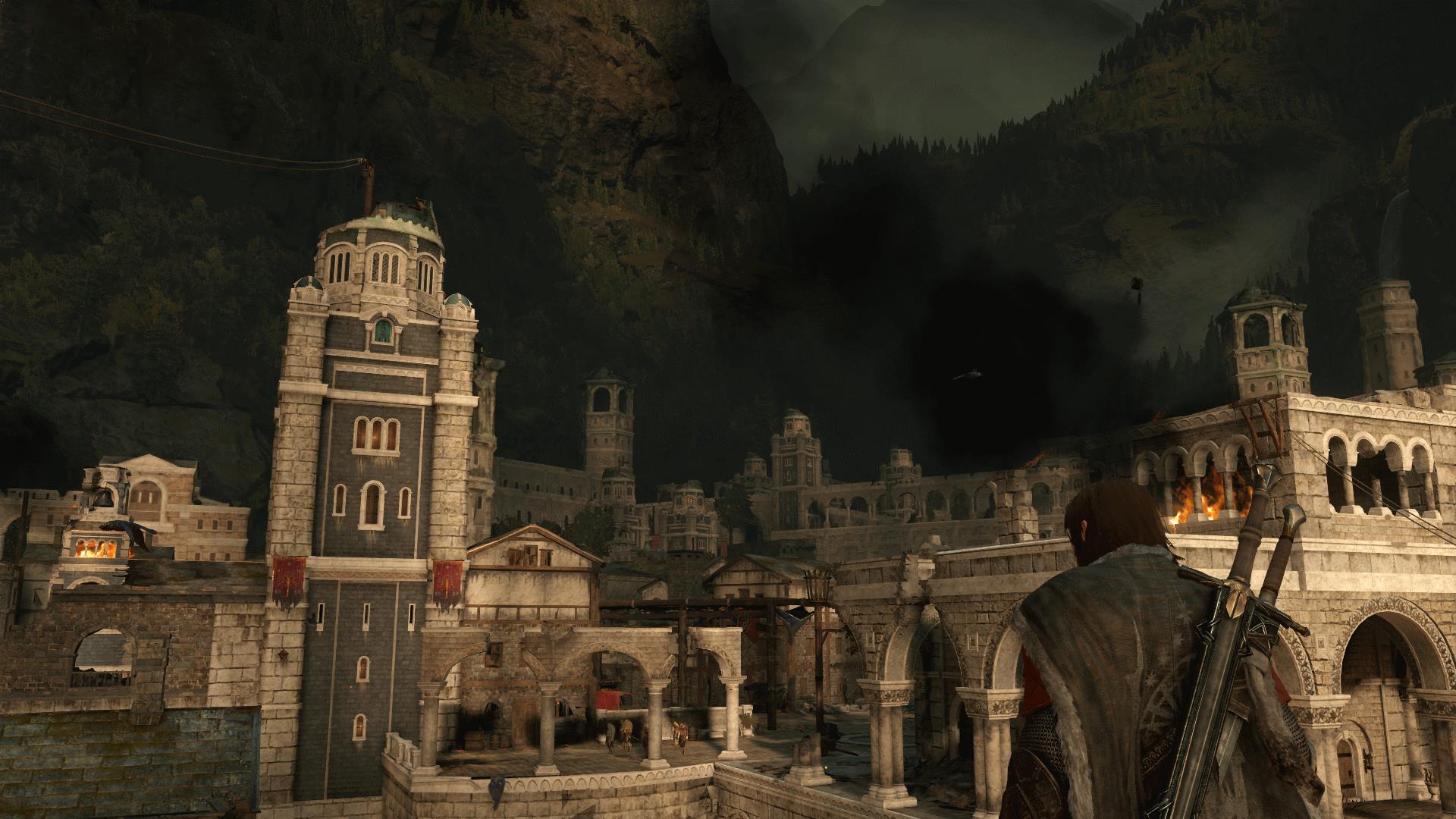 Put a Ring On It

What’s a better way to take revenge on a powerful being who likes shiny rings than creating your own piece of fine jewelry that can match the power of the original? This is the way Shadow of Mordor ended and this is where Shadow of War begins. With their eyes on the prize (meaning the great eye of Sauron) and a new ring, the grim-dark duo of Talion, the human ranger (undead), and Celebrimbor, the elven smith (ghost) is finally going to make a run at Sauron, when suddenly the elf is ghostnapped. Talion decides to help his “friend”, and so starts the war for Mordor.

But gamers loved Middle-Earth: Shadow of Mordor not for its lackluster story with more holes than an Oliphant once Legolas is done with it. The Nemesis system was the star of the game and in the sequel, it’s even more expanded. Now there are more orcs to kill, more green-skins to dominate and manipulate. The world is just brimming with them.

The problem with the Shadow of Mordor’s orcs was that after a while they did get repetitive, even in spite of their unique traits and personalities. In Shadow of War Monolith is introducing orc tribes, which translate into a greater variety not only of the looks of your foes but also of their tactics. For example, the Feral Tribe thinks that they are unified with the beasts they ride. The Marauders, on the other hand, like to wear the loot they’ve gathered from corpses and they use twin crossbows for a devastating effect. All of these Uruks are ripe for the taking, of course, as the Nemesis system is not only about the living world of orc tribes fighting each other, but also about subjugating them to your will. 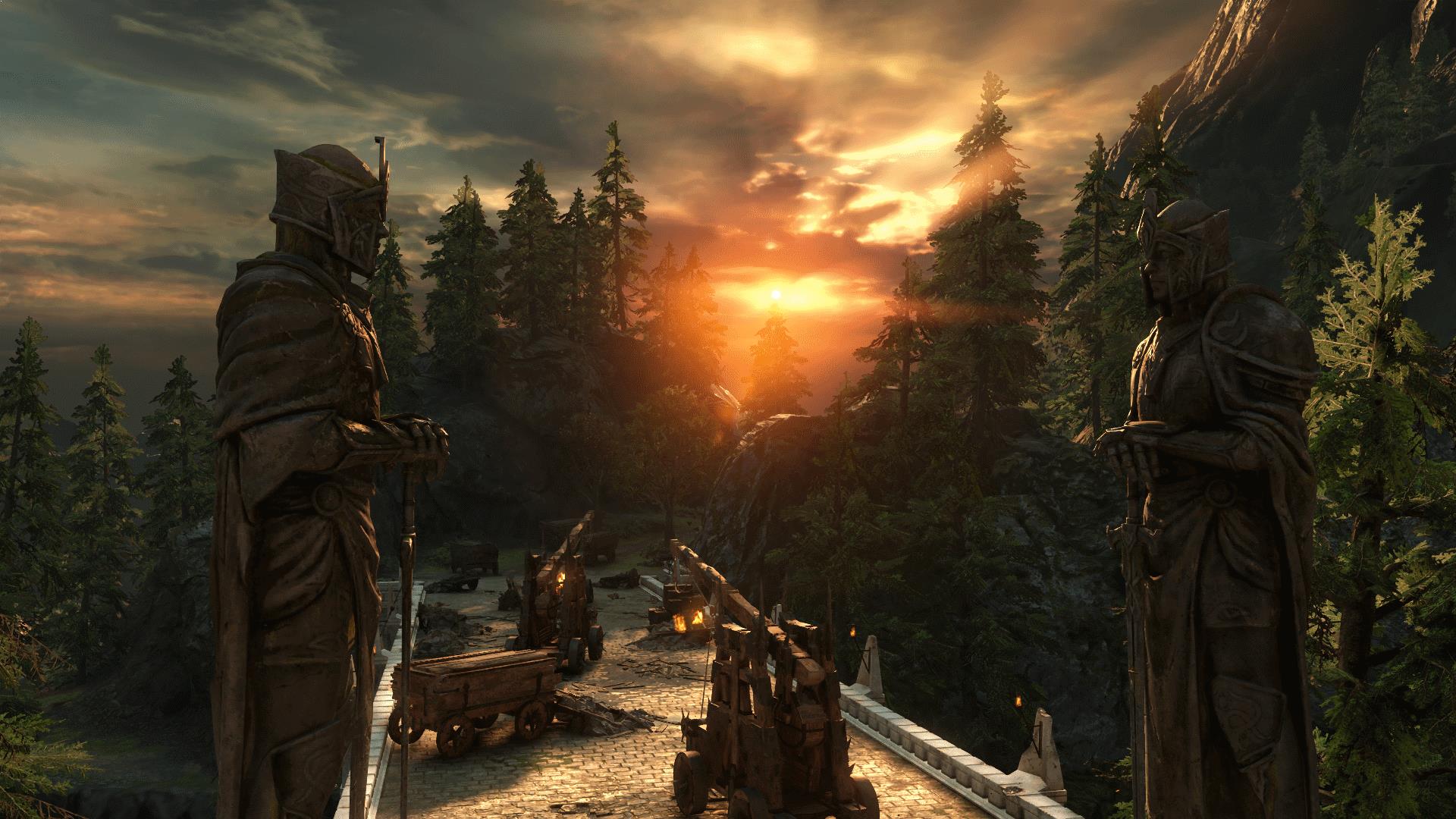 Without a legion of orcs at your disposal, another new feature of Shadow of War would not be possible. The game introduces a series of fortresses, which can be attacked by your forces. Of course, you can participate in those battles and these events are a great way back to the grandeur of the Peter Jackson’s movies. But in this instance, there are no good guys fighting, it’s only two orc armies, one fortress.

A Disclaimer for Tolkien Fans

All is well, but more tradition-loving fans of Tolkien will get a bit angry about the creative interpretations that the developers have introduced. And when I say “interpretations” I mean “totally unsubstantiated changes and even errors.” Everyone knows about Sexy Shelob, who is introduced right at the beginning of the game and the problem with her is not that she is presented as a scantily clad woman instead of going about in her standard “I like eating hobbits” spider form. Oh, no, the problem is that in Tolkien’s lore Shelob did not care for rings of power and such, and being the main driving force for the initial narrative in the context of this information, is be a bit jarring. There are also other problems with ages of the Nazgul, and such.

The other issue is that the Shadow of War borrows heavily from the dark mood of The Lord of the Rings while forgetting about the small, delightful elements that Tolkien loved to introduce. I understand that the game is showing us the events that lead to Sauron invading Middle-Earth and it’s not really a great theme for some gluttonous hobbit adventures and songs about food and pans, but between the grim-dark Talion, the grim-dark Celebrimbor, the grim-dark orcs and the grim-dark Dark Lord the game would be better off with a few more jokes. 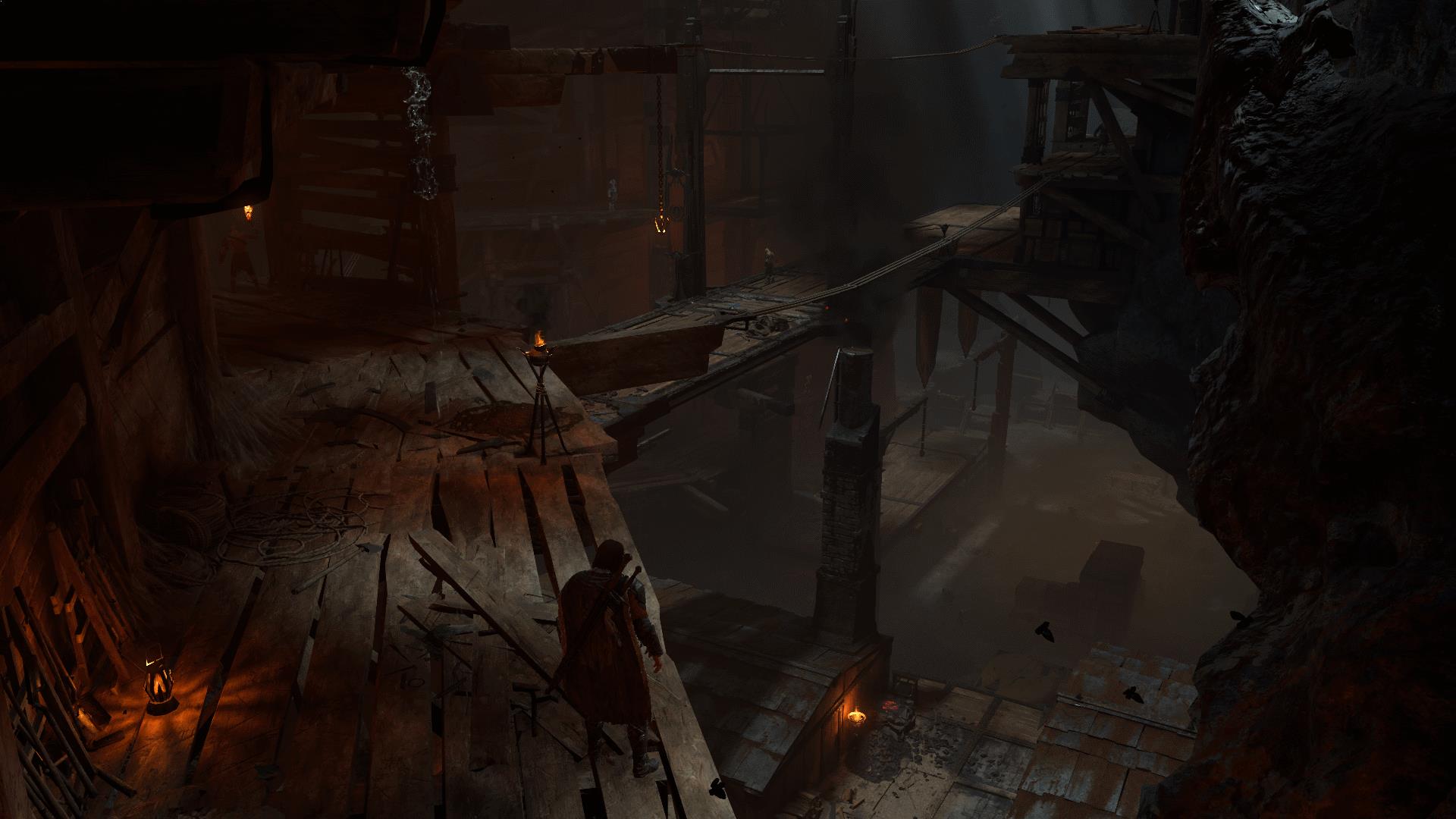 Shadow of War does have its problems and most of them seem like a recollection of those present in the first installment of the series. The story is a bit thin, relying too much on exposition and plainly stupid character choices in the cutscenes used to push the narrative forward. And the last act can become pretty boring with repetitive actions and sequences. Some players are already reporting that finishing the game without the use of micro-transactional crates is close too impossible, but do not believe them – it just required grinding and that’s something many other games and genres made us accustomed to throughout the years.

All in all, Shadow of War can be a spectacular story-generator game if you just go along with its features. The Nemesis system is back with a vengeance and the orcs are more diverse, more fun, more orcish than ever. The setting is more diversified than in the last installment and the awesome array of powers, moves, and abilities at your disposal lets you play just the way you want to. There’s no better way, at the moment, to combat the dreary season of Fall.

Nemesis system is back and now you can build your own army.