Do you like Dark Souls? And how about Japanese culture, samurai, their swords and all the images that spring to your mind whenever you read the words “katana” and “demon” in the same sentence? Good, then Nioh is a game for you.

For the last couple of years drawing comparisons to the Dark Souls trilogy has become a staple when describing games. In some cases, those descriptions were spot on, but in others – not so much. Nowadays saying that something is “Souls-like” means that it is difficult and includes a demanding combat system. But the Souls series are not about that. Well, yes, partly they are all about fighting impossible odds and dying multiple times while you are learning its systems, but the soul of the series is a sense of dread and promise of rewards if you are patient and persevering (which is seen as stubbornness by people who dislike these games). This, I am glad to report, Nioh nails down fantastically. 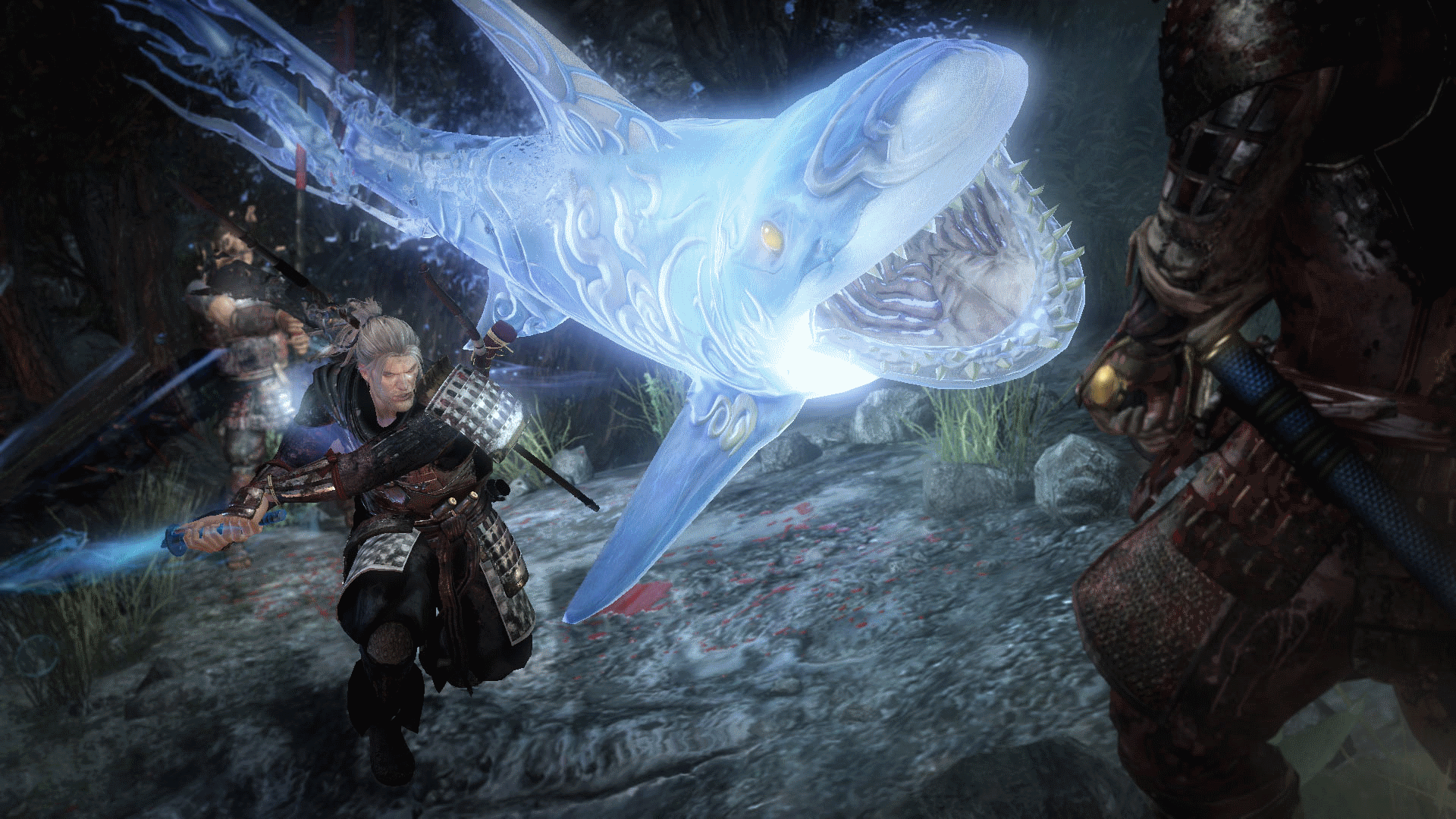 You play as William, a former pirate, who after escaping the Tower of London spends three years on a ship bound for the coast of Japan. There is a bigger story here, with Spain and England fighting for the Amrita, a power that should provide one of the empires with a magical military advantage, but from the beginning, this seems like a skeleton of a plot created to just give us some historical background. If you can say that a game set in Japan besieged by demons, where an Irishman becomes the first Western samurai by beating fantastic creatures can be in any way “historic.”

The Soul of the Sword

Nioh, like Dark Souls, and its systems are focused on a demanding combat mechanic. There are five weapon types in the game, and each of them has a low, medium, and high attack stance. Learning to use all of them, to switch them, combine attacks into combos and manage your Ki that gives you access to magical offensive abilities is key to winning in the game. For the first playthrough I would recommend using one type of weaponry as Nioh gameplay is a bit like a fighting game: learn all the moves and you are the best. Switch and you’ll have to go through the whole process of stressful discovery all over again. If you like pain though, it might be your thing. 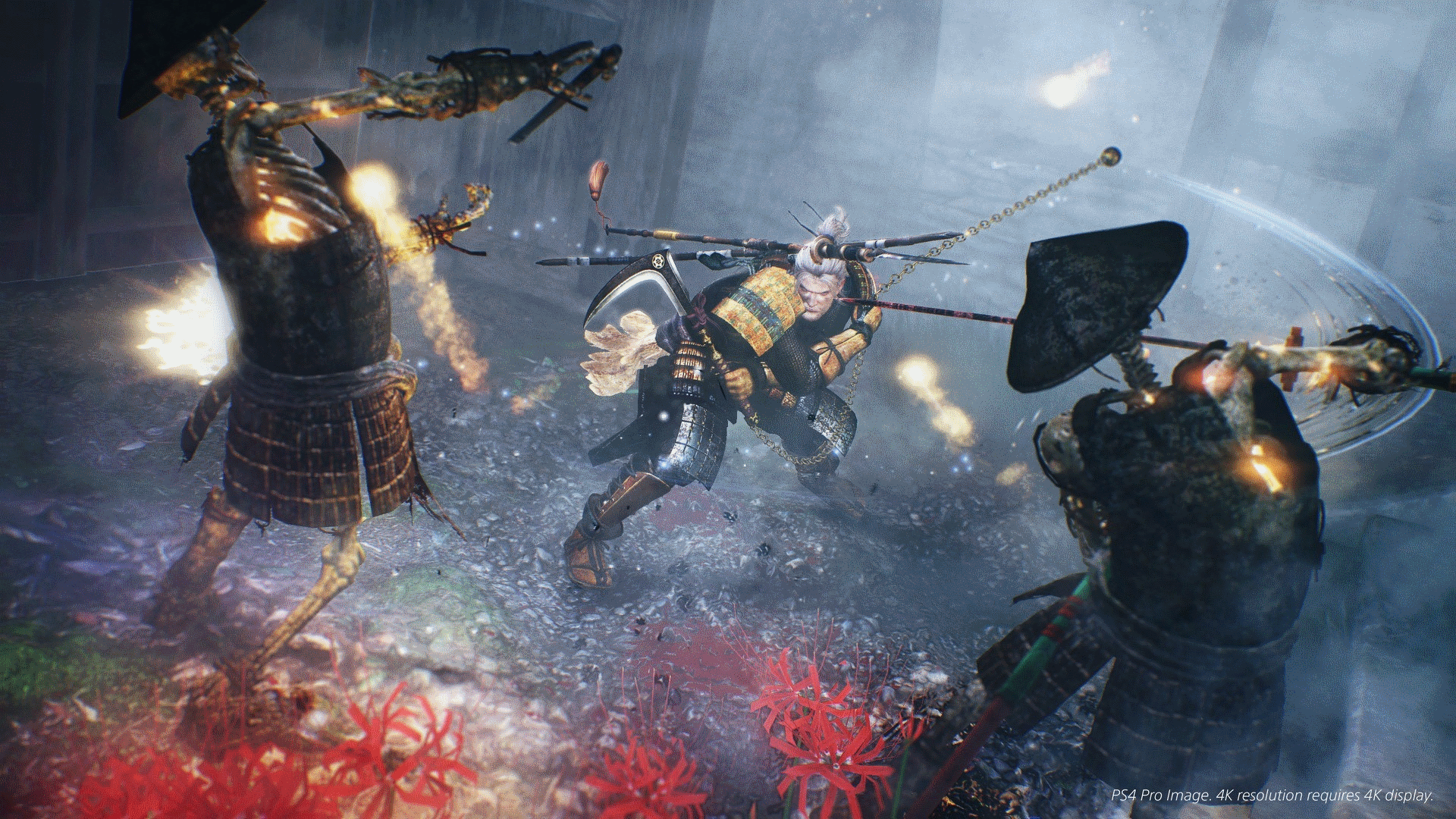 One of the largest differences between Nioh and Souls is the frequency with which the game throws new stuff at you. In the Souls series, most weapons and items, in general, had carefully crafted descriptions that would inform you about the world. Here the game is much more generous in handing out sets of weapons, armors, and objects. The developers don’t want you to wait hours before having the option to choose between different offensive options, they swarm your inventory right away.

It also leans heavily on move sets when your enemies, small or big, are concerned. Fail to understand a boss combo and you will die every time. Nioh demands patience on one hand, while observing your enemy, noticing when to strike, learning their moves, and quickness on the other – you have to act fast once there is an opening because most of the bosses won’t be very forgiving. And patience is even more important here than in the Souls series, as nearly every new bigger enemy adds some new move or rule to the mix. So you can’t just come running with your katana at them. That’s probably not the best idea.

A Medium Port is Better than None

The Nioh PC port lacked a couple of things at launch with the absence of any keyboard and mouse controls the largest problem, but this particular issue has been addressed by the developer with the proper PC Master Race steering scheme included in the latest patch. I doubt that it will be better than playing on a gamepad (hint: it surely will not), but this at least is an evidence that Koei Tecmo is treating its computer gamer audience seriously. 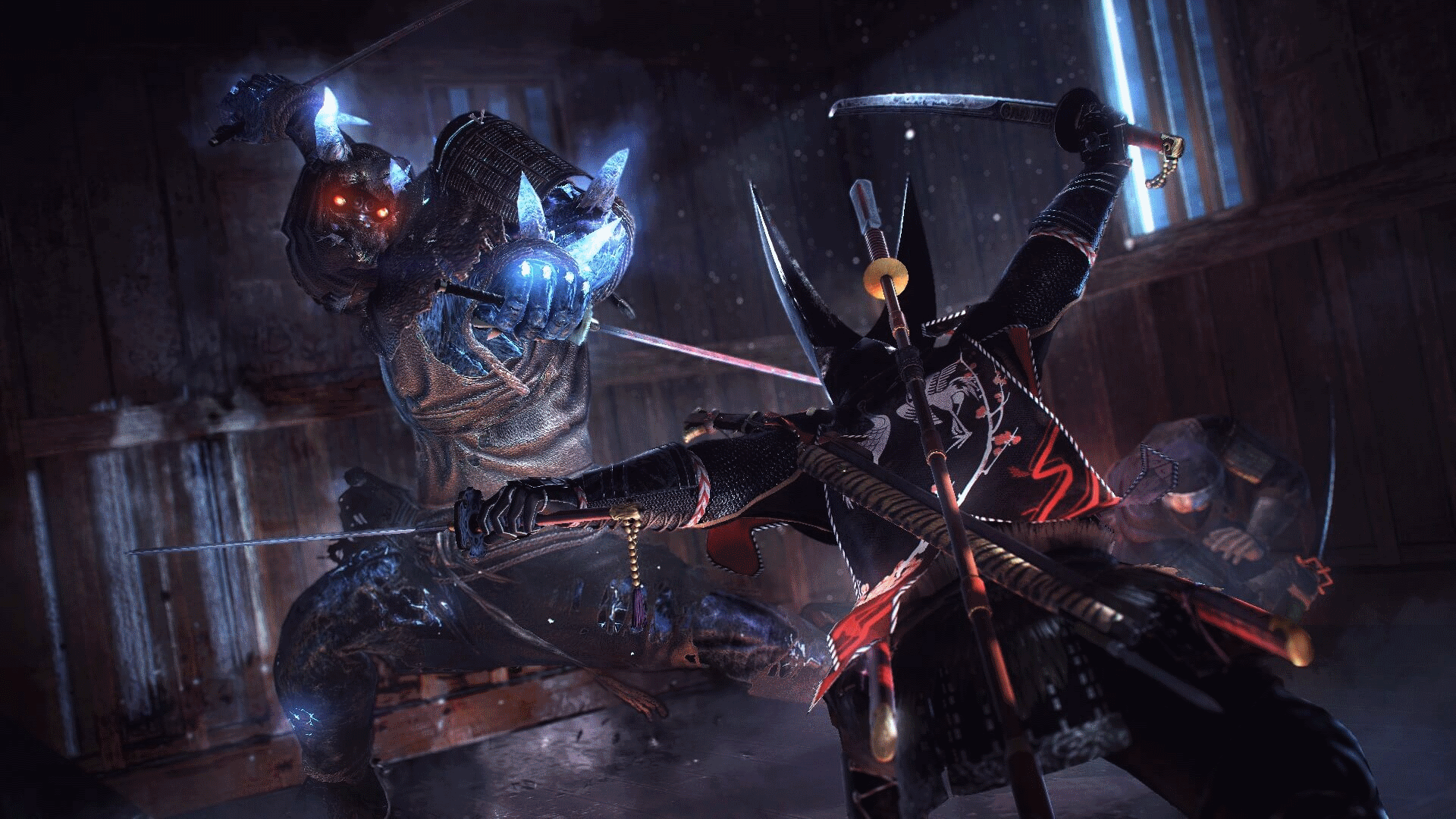 All in all, it’s hard to write about Nioh without comparing it heavily to the Dark Souls series. It simply is a splendid love letter to From’s creation, the developer’s ideas and gameplay. And with a lack of any new From game on the horizon, Nioh with its splendid character design, scary levels, and engaging combat will surely scratch that itch you discovered years ago: an itch do try, die, try, die, and finally succeed only to die again and try again hour after hour. And in the end, finishing the title gives you the same mix of two feelings: pride of beating a game that sometimes seemed unbeatable and sadness that the journey is over. But the beauty of video games such as Nioh is that you can start it immediately after finishing and you will surely discover something new and horrible to overcome. Regardless of all the drawbacks of this PC port, this still is a splendid game to behold and play. 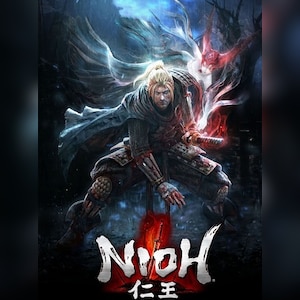