You want to play an aRPG, but you want to feel like in the good old days? Path of Exile is waiting for you. For free. Stay awhile and slay something. 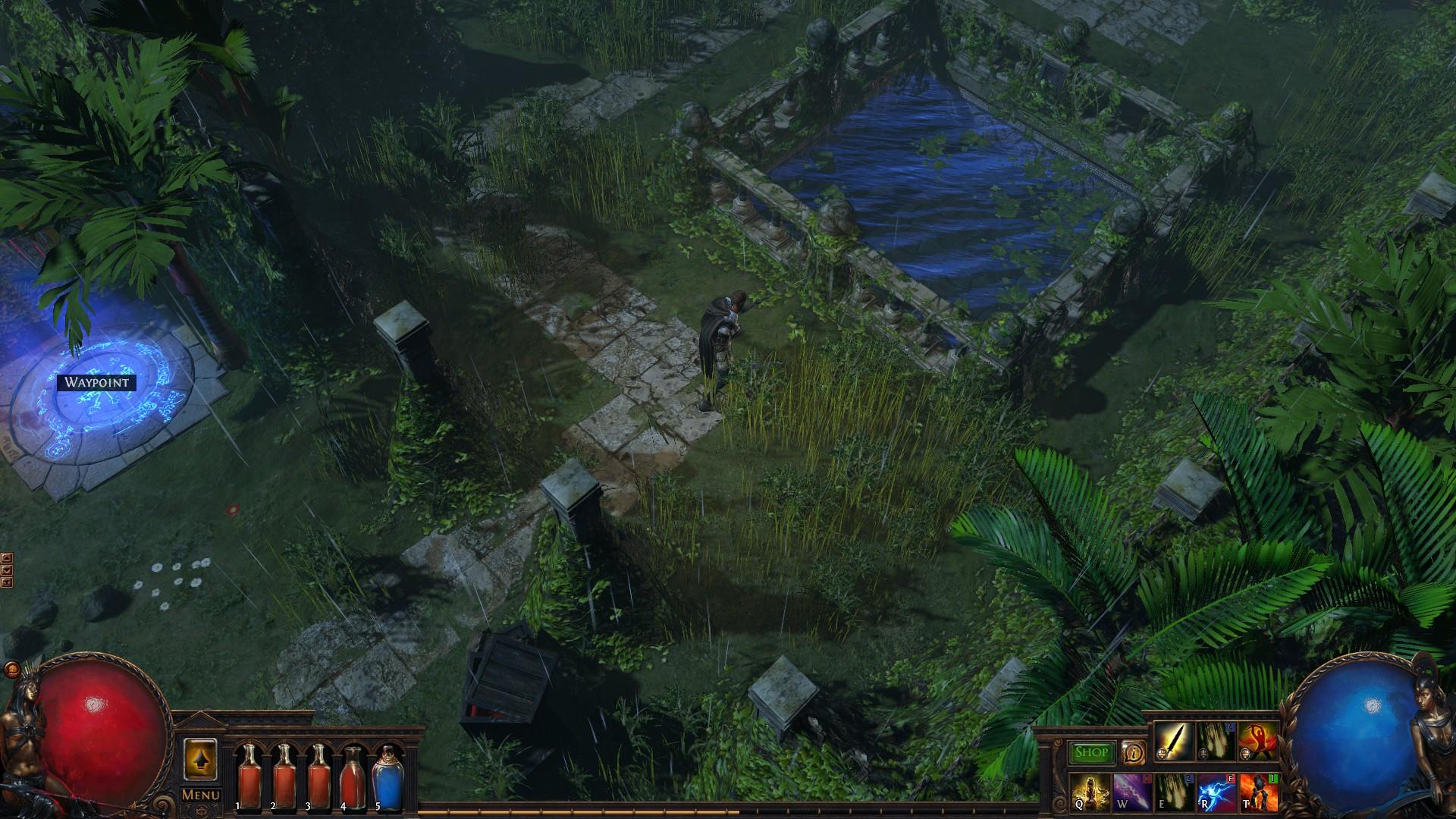 It’s good to be back

If you are looking for an action RPG that will transport you to the good old days of Diablo 2, search no further, because Path of Exile will provide you with tens of hours of moody, swampy hack and slash fun. It’s a free-to-play aRPG that is constantly updated and tweaked with a very welcoming fan base as well as hundreds of weapons to equip and monsters to kill. And then you gain your first level and open the passive skill tree and your jaw just drops to the ground.

The passive skill tree is a sight to behold. Its size, however, is connected with the simple fact that no matter which class you choose at the start of the game, you are not restricted to that profession’s skills. If you really want to, you can explore the skill tree and by spending points accumulated through leveling and quests, go any way you want to. You have to remember, though, that these skills are always passive in nature, so they boost your statistics, or your resistance, or defense. In order to acquire new skills, and let’s face it, skills are the core of a hack and slash action RPG, you have to learn the gem system. 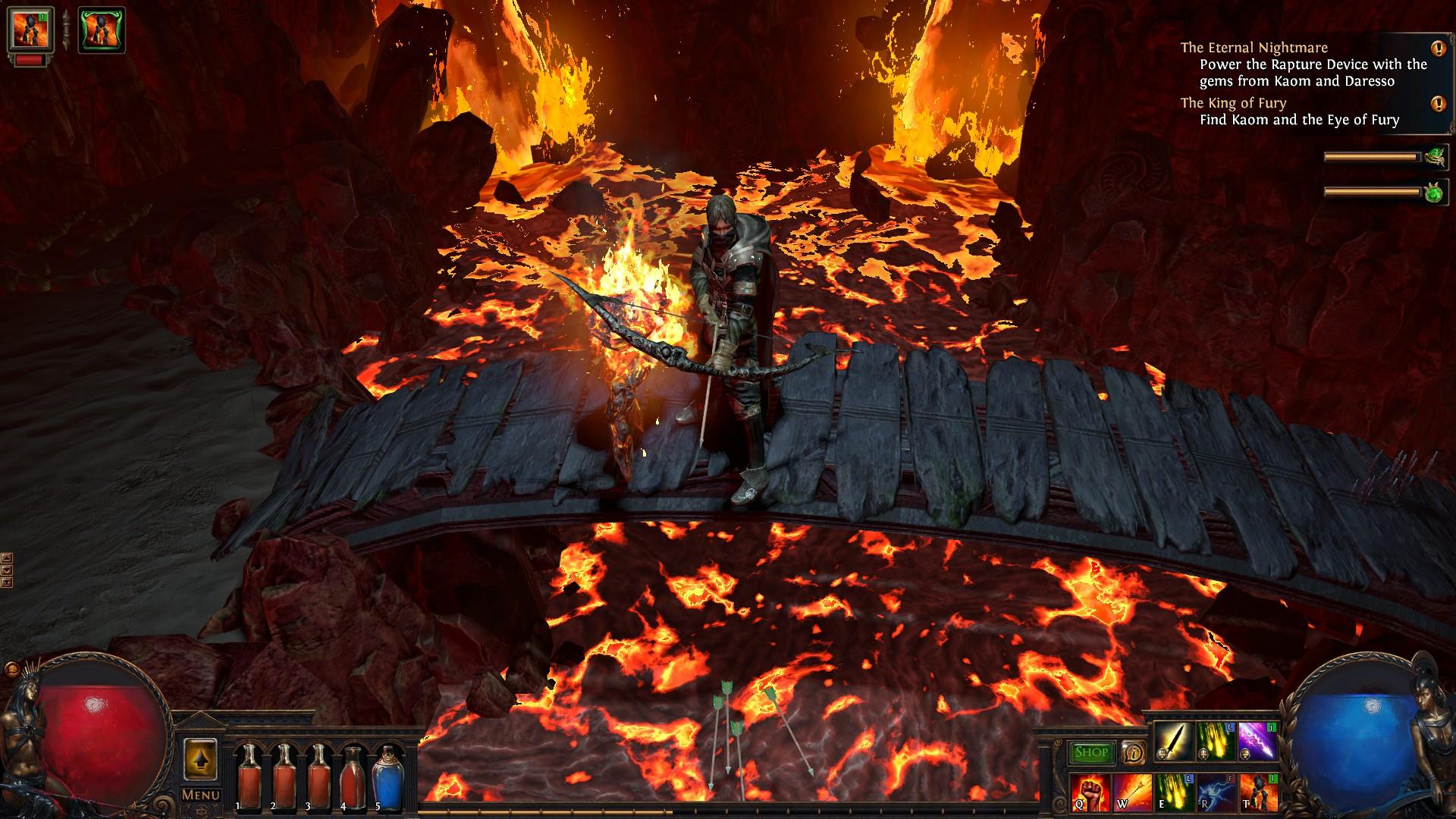 A gem of a game

This is the heart of Path of Exile. Nearly all of your items have slots in three colors. Throughout the world, you will find gems that will either add a new skill or modify an existing one. You have to remember though that in order for a support gem to boost the stats of a skill gem, they need to be connected. So, for example, if you have a red gem that grants you the ability to deal area damage by shooting flaming arrows and there’s a free slot just beside it that is connected to your red socket, you can use another gem to boost it. This adds a whole new layer to the character customization options. In Path of Exile, it’s not the most powerful item that is the best. If it has, for example, only one socket, you might consider swapping it for a less powerful version, but one with more sockets, and so – more options.

And you have to remember as well about the developers’ commitment to adding new content. Path of Exile has enjoyed as many as six big expansions. The last one, called Fall of Oriath, was introduced recently. Each next add-on is bigger and better and this can be seen in the list of features added last week. First of all, the Fall of Oriath adds a fifth story act set in entirely new areas. Then, it adds four more acts that will take you back to the areas from Acts 1-4, but with revamped environments, different bosses and even atmospheres. For example, if you decided to follow a side quest to cleanse a swamp of deadly beasts that were polluting the water, it will now be a lush forest.

But that’s not all. As with every expansion, the developers are adding something new to the mechanics of the game. This time it’s the Pantheon system. You see, the story of the Fall of Oriath is all about slaying gods. When you slay a god or a demigod you can equip a buff connected to that being. There are four major gods and eight minor ones to kill and strip of their power. This, in turn, reveals yet another feature of the recent add-on, namely the focus on boss battles. 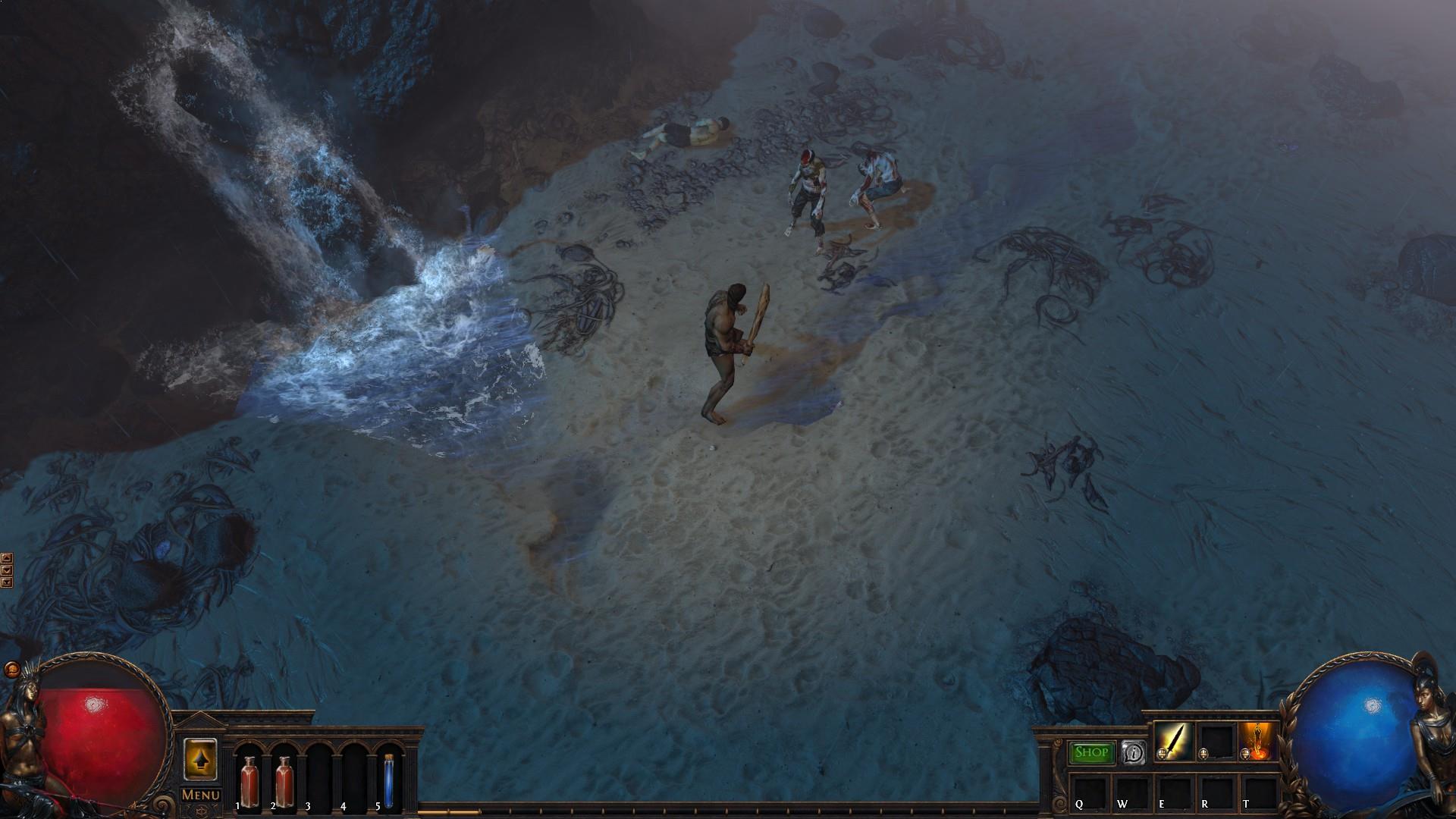 On one hand, a constant stream of new content is a great thing for the fans of the game, on the other, however, it makes Path of Exile a bit terrifying when they first enter the game world. The massive, passive skill tree, the number of options, the inventory, the gem system (which bleeds into the passive skill tree as well), the number of weapons, the prophecies, leagues and now the Pantheon system – it all creates a giant of an aRPG game.

You have to remember that the developers from the Grinding Gear Games team have always intended to keep Path of Exile as free-to-play as possible. This means that the game is funded mainly through micro transactions which boil down to flavor items that give your character a new look. The developers have always stated that they will never add any options that would let people who pay have an advantage over those who don’t want to spend money on the game and this attitude has worked pretty well so far especially when we remember that Path of Exile was launched back in 2013.

If you miss the good old days of Diablo 2 and its expansion, Path of Exile is waiting for you. Many players were taken aback by the aesthetics of Diablo 3, the bright colors, the decision to unlock skill modification at any point. They liked the atmosphere of Diablo and Diablo 2, the despair, the destruction and the fact that you can’t take back your decision how to allocate points. Well, Path of Exile is an ideal selection for them right now, as it combines the looks and sounds of previous Blizzard games, adds in hundreds of new elements, a huge skill tree, new systems and an ever expanding world. And if you want to show your appreciation to Grinding Gears Games for their great job you can always buy those demon wings that go great with your flaming sword.