Before 2013 and the Tomb Raider reboot Lara Croft was as dead as the skeletons she has seen during her adventures (let’s skip the necromancy from The Last Revelation, shall we?). But the much welcomed return received critical acclaim and here we are, playing the sequel.

The game was originally published on Xbox One and due to exclusivity agreements PC and PS4 players had to wait for “a bit”. Thanks to that Xbox users had a piece of really good action-adventure game for their own. #PCMR was introduced to Lara’s newest story two months later and almost after a year after the release PlayStation gamers finally got their chance.

It’s a direct continuation of the 2013 Tomb Raider’s origin story. Lara is blinded with secrets of her father’s past. There’s grief, there’s hope and there are Ms. Croft’s friends critically observing her “mania.” I’m sorry to say that, but for me the main story of Rise of the Tomb Raider is one of its weakest points. It has great gameplay with various fixes for the previous game’s troubles. But when it comes to the plot, it’s hard to be committed.

The previous Tomb Raider had its problems with cognitive dissonance. On one side we were witnessing a delicate woman becoming a survivor, still unwilling to kill people and animals. On the other hand, gameplay required us to become cold-blooded killers. If we managed to let this go through, the whole adventure was a great one. In Rise of the Tomb Raider it’s harder because it’s not a story about surviving but a narrative about religion, beliefs and a cheesy villain in command of an all-dangerous never-forgiving shadowy organisation.

I’ve noticed that there’s a second narrative hidden in notes, maps and audiologs shattered around the map. This backstory isn’t invasive, and it’s totally up to us if we’ll follow it. You should.

But when it comes to the gameplay it’s where Rise of the Tomb Raider shines. The majority of the game takes place in the (mainly) snowy Siberia. You’ll once again hunt animals… and humans. You’ll find caches, ages-old relics and hidden places. There’s a lot of gorgeous vistas and locations where you’ll wander just out of curiosity.

Some caves, chambers etc. are locked up until further progress. For me it’s a bit of a cheap tactic to prolong the game and it results in backtracking. It’s not a big objection because the levels are designed in a really interesting way – there’s a lot of verticality and very quickly you’ll have to use a variety of skills to eliminate enemies. And when you are trying to stay stealthy, the gameplay becomes even better.

The previous game wasn’t very generous about titular tombs. This time there are more regular guests, many of them are optional, but all are worth your time. They come in a variety of forms – old graves, caverns, architectural wonders. I won’t spoil you much with an example of the first one: a ship frozen both in time and a glacier. To reach the treasure Lara has to break the ice, jump from mast to mast, and climb using old boards. Tombs are tricky, very often time-sensitive and will test your reflexes.

The crafting system is back as well, not as important this time, but still you’ll need some resources to improve your weapons and equipment. I love such systems so I’ve spent a lot of time gathering planks, skins and other useful elements just to improve my bow and pelts. Character leveling up is making a return as well. There are some idiotic unlocks like rope cutting – Lara is able to skin animals from the beginning but somehow the process of cutting a box hanging on a line is blocked until you find a combat knife.

Combat is fun as well. There’s no dissonance in this game. Just a plain fun from stealth killing and/or an effective carnage. I wished that my starting Lara was a bit more trained after the 2013 story, but I understand the pacing aspects. The progress is reasonable and the animations are gory – even those with Lara’s death.

After you are done with the story and collectibles, there’s also the Expeditions mode. There are some additional challenges for more chapter replays, but I didn’t like them enough to invest my time. Time-sensitive artifact search with bobbleheads is not an activity I dream of. The same goes for the card system, which is a good addition to expand the game’s life, but only if you like some hard beating (enemies with +100% armor and always on fire without fire damage to themselves).

I’ve played Rise of the Tomb Raider on all three major platforms and once again Crystal Dynamics made a wondrous job. Of course the PC version delivers the best graphical miracles (after some early, now patched hiccups). Anything I’ll write won’t be a substitute for images – just do yourself a favor and check some hi-res videos.

The game was released in the form of a 20 Year Celebration edition and as I’m reviewing it a long time after the original release, it’s the most comprehensive version you can get. And you surely should. Some DLC are just ok, like the Baba Yaga story. There’s a nice co-op addition to the Endurance mode. And I also liked the research part of Blood Ties. PlayStation VR owners may use the latest add-on for some virtual reality exploration, but I wasn’t able to test it on my own.

There’s a funny option in this 20th Anniversary, where you can change the skin of Lara to the original model. It looks strange but reminds us of good times of the first games. It’s a shame that the dual wielded pistols aren’t back as well – it would be a small, but nice touch.

I liked Rise of the Tomb Raider more than I thought I would. If you won’t follow the archetypical story and focus on the gameplay, there are hours of great fun waiting. Even though it’s not the best Tomb Raider I would imagine, it’s worth your time. 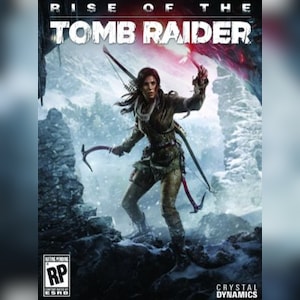