The first new Battlefront game was a divisive title. On one hand, it provided some simplified multiplayer action in the Star Wars universe. On the other, it was too thinly spread out and lacked the more sophisticated features many gamers crave. Will the second part correct the errors of the past?

The deal between Disney and Electronic Arts to deliver Star Wars games has not been the story of success yet. The first new Battlefront game, which launched in November 2015 before the premiere of The Force Awakens, was a beautiful product with excellent sound. It provided gamers with the ability to fight on Jakku (after the launch of the DLC, of course), relive moments from the original trilogy, in short – scratched that Star Wars itch that nearly everyone had. It looked and sounded the part. The models were spot on. The blaster, lightsaber and vehicle sounds were fantastic. But it was too thinly spread, offering limited scope and options to gamers spoiled by the breadth of such multiplayer events as Call of Duty and Battlefield. 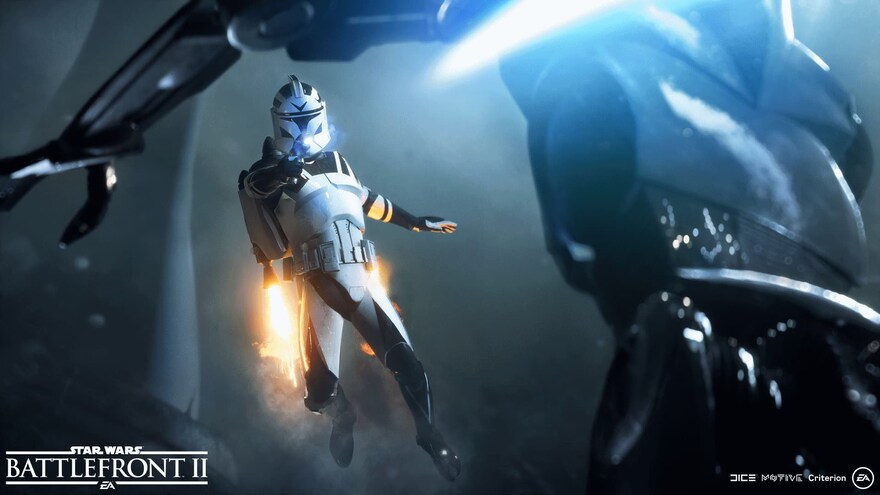 The lack of a single player campaign was one of the key grievances that annoyed the gaming community. It was, after all, a Star Wars game, it should at least have some semblance of a story, right? Star Wars: Battlefront II is trying to correct this mistake and for the most part it does, but at the same time the developers added a new, huge pile of problems to the mix.

The trailers promised us a glimpse of the other side of the barricade when it comes to the single-player experience, a closer look at the army of the Empire and how it handled the death of its Emperor and the destruction of its superweapon. This would be a welcome addition to the Star Wars universe as clearly, as seen in The Force Awakens, the Empire morphed into the First Order and managed to survive.

We play, mainly, as Iden Versio, the commander of the elite Inferno Squad, who tries to cope with the fall of her beloved Empire. The story begins with a nice mission aboard a Rebel cruiser, where Versio is interrogated, but soon takes a turn for the worse. At many stages of the campaign, a strange feeling appears. All of this seems more like fan-fiction than the work of professional screenwriters. It’s like an add-on to the universe, rather than an expansion. Characters come and go, appear out of nowhere, because hey, you can’t have a Star Wars game without a Jedi now, can you? And remember this guy Han Solo? Yeah, we have him too! Come and pay us 60 dollars! 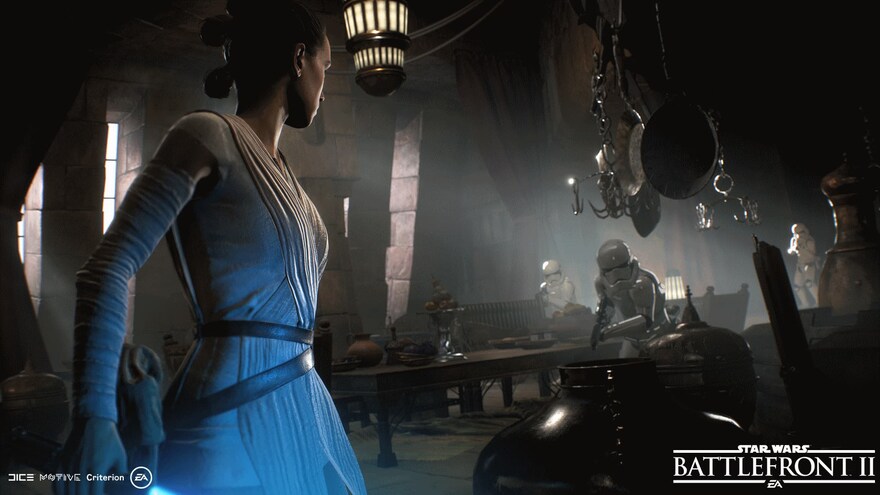 On the other hand, it looks fantastic, so I think that many gamers just won’t mind the huge problems with the plot. After all, The Force Awakens is one of the most redundant, run of the mill entertainment product out there, bringing nothing new to the Star Wars table and look how much money it made for Disney.

The multiplayer component of the game, which is the main part of Star Wars: Battlefront II is nice, but nothing totally immersive. DICE has tweaked the dogfighting formula, so there’s more of X-Wing on TIE Fighter combat if you are in for these kinds of arcade battles. But in the long run, this is the same game as the last one, with minor tweaks here and there.

The largest addition to the game is the loot boxes and the star cards, which work as abilities for your characters. There’s already a ton of stuff written about the aggressive micro-transaction and digital goods approach that DICE and Electronic Arts have taken with the game design, so I’m not going to dwell on it here. Suffice it to say, it’s not going to break your enjoyment of the graphics and the explosions, but it is a lingering feeling in the back of your head that something is just not right with all of these systems. 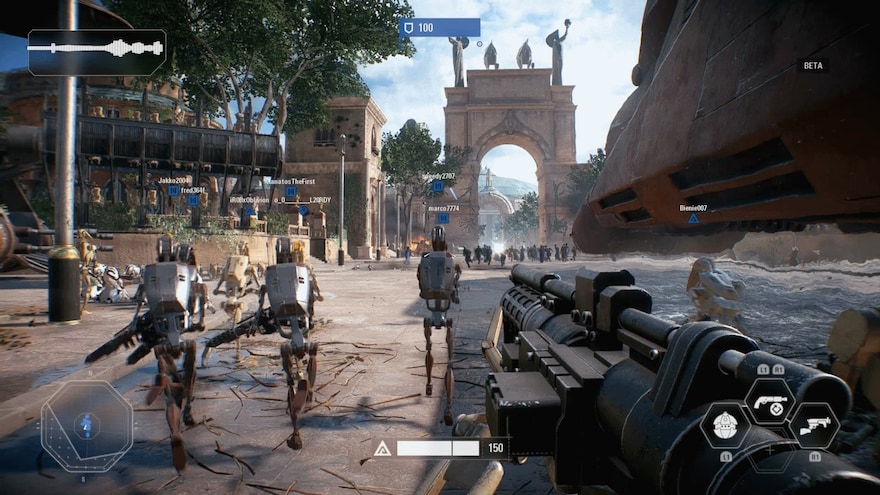 All of this creates an image of a beautiful game with so many design and system problems that one starts to wonder whether its full price is justified. Electronic Arts and DICE are doing their best at the moment to mend the situation and appease the gamers, but meddling with the micro-transaction, progression and loot box systems won’t solve the big issues that are at play here. That the game is in many parts designed to not be fair in its multiplayer component. If you, however, don’t mind all these issues and are here just for a Star Wars ride through beautiful landscapes filled with the sounds of blasters, then you will love this game.

For a second, let’s talk about the future of Star Wars games. Electronic Arts has managed to ship exactly two similar, major titles from this franchise. The publisher has closed down Visceral, which was developing a third-person action game. All we know now is that the developers of Titanfall are working on something from the Star Wars universe, but the lack of any information seems to suggest that there’s nothing to show, yet. And that in two years we’ll get another Battlefront, maybe devoid of all this micro-transaction and loot box nonsense with a story worth our time.

The future of Star Wars seems bright, but the future of the Electronic Arts Star Wars line is pretty bleak, with Disney now fully focused on how the publisher is using its beloved cash-cow. After all, even the biggest cow can only give so much milk, right?