Now I’m sure: Naughty Dog are wizards. Uncharted 4: A Thief’s End is a fitting end to an action-packed series of Nathan Drake’s unfortunate decisions.

It is his last adventure, as promised by the developers, and what an adventure it is! There’s a hunt for Henry Every’s treasure but more than in previous entries, it’s a story not about gold and artifacts but people in their search. Uncharted 4 focuses on often hard family relations and motives of both betrayal and redemption.

When you see Elena and Nathan in the early chapters sitting on a couch you instantly know how heartfelt story it is. Of course it wouldn’t be an Uncharted game without Nathan’s thoughtful vel unrehearsed decisions. This time it’s his long-presumed dead brother that needs help. At first I thought we’ll be befooled with the character unmentioned in any previous game but his presence and backstory is justified and logically added to the series’ plot. 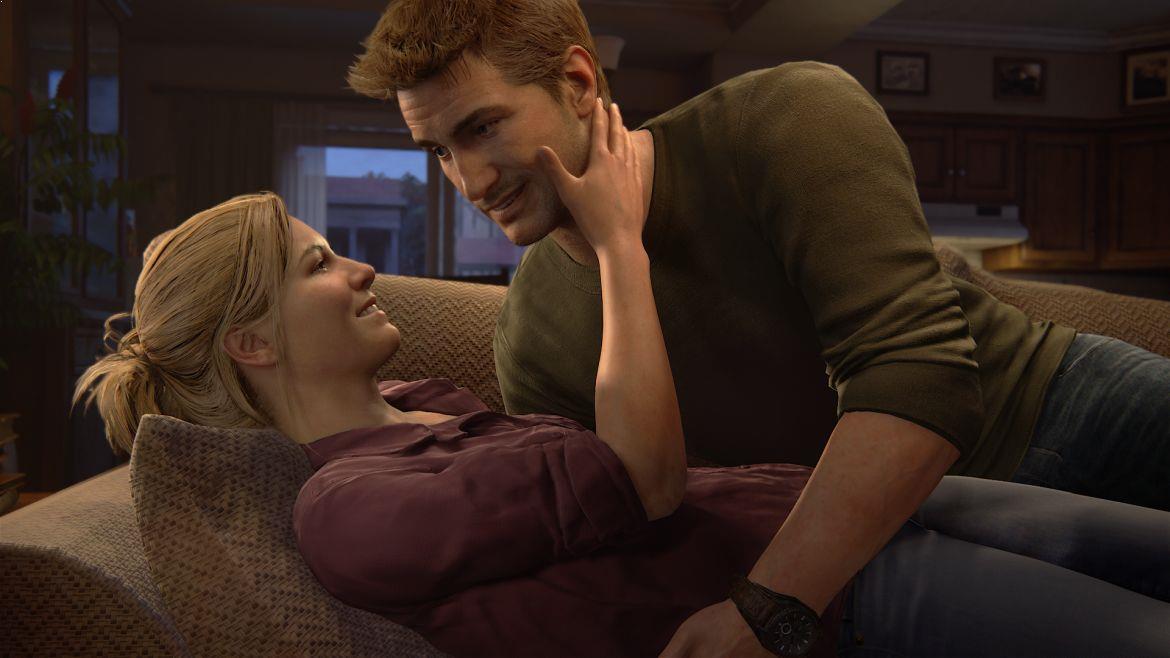 The voice acting works wonders here. Nolan North is good as always, but I must say that the role of Samuel Drake is one of the grandest in the career of Troy Baker. There is some impressive dubbing for Elena, Sully and the story’s villains, which now appear more natural to the narrative. As a closing chapter it feels like a more mature story fitting the tone of a goodbye.

Look at that grass!

And about that wizardy thing. Uncharted 4 is amazingly detailed and became a benchmark for games that will be releasing on PlayStation 4 in the months to come. The level of details the views in the game consist of is astounding. It’s there in the background, in all those beautiful vistas. And it’s also in small details like baskets, jars and other items that surprise you with their level of detail – one would say even unrequired one. The previous narrative I was as immersed into was The Last of Us – also from the Naughty Dog, you should bear this in mind.

There’s a lot to look at. The story takes our heroes to rocky fields of Scotland, ages-old ruins on Madagascar and other places I don’t want to spoil. It’s hard to find such graphic fidelity anywhere else on the consoles with very impressing anti-aliasing. Naughty Dog’s team worked the same wonders for the fauna. Grass and leaves are breathtaking. The fact that the game works “only” in 30 FPS isn’t a big deal here. 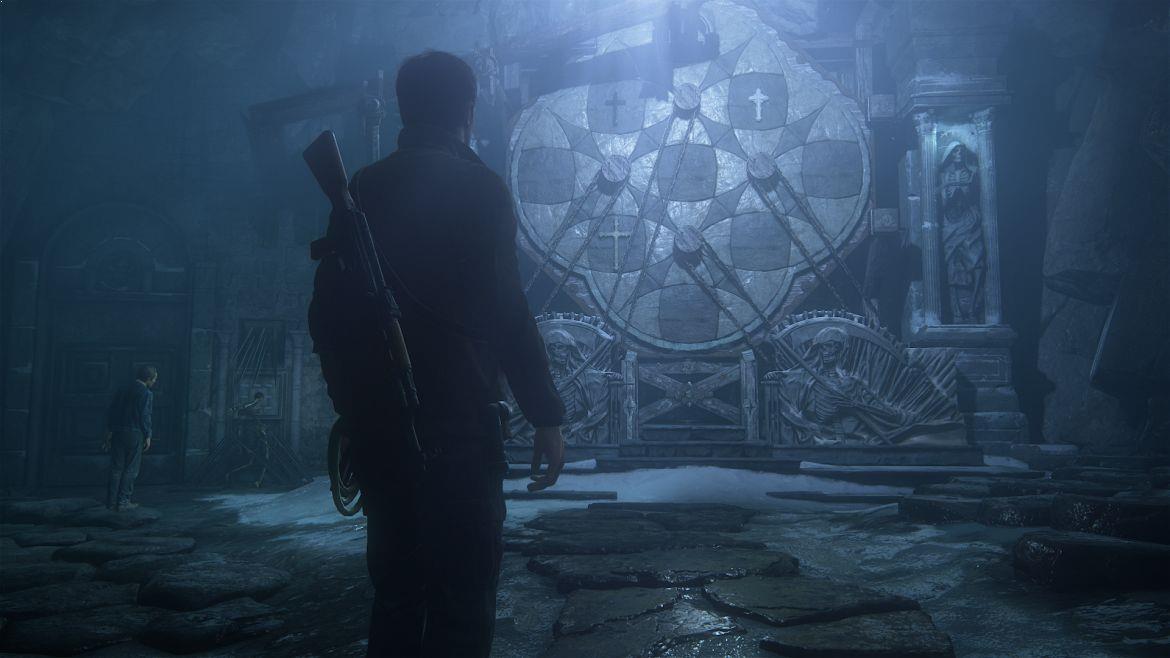 Entering one way or another

This smooth experience is also a result of over-the-top animations. Again, they are impressively detailed. From the facial subtleties to elements like Nathan’s different behaviour depending on the way he’s entering the car. I could write tons of words about this but do yourself a favor and just check the gameplay.

The graphical side of Uncharted 4 transfers directly into the gameplay. Climbing is now even more smooth with very precise movement of Drake’s hands with the left stick. There’s also a grappling hook, a fresh addition to our tools, which changes both level progression and combat.

There are some small problems with the cover system and while grabbing the ledges. Sometimes when a character is swinging on a rope there’s a visible error between the swinging and jumping animation. Those are only small annoyances in a gameplay that’s generally fluid. 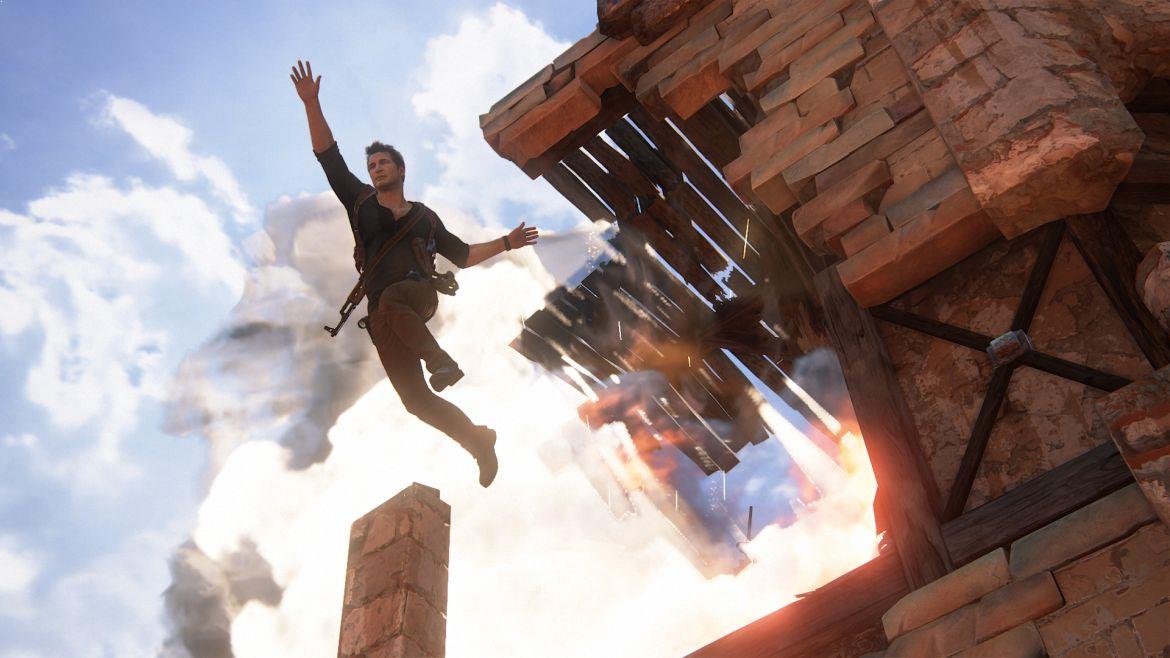 I believe I can fly…

And I have to say that combat is thrilling. AI does a great job here. Our companions adjust to the style we are playing – they are stealthy when we are lurking about, often doing their job before we’ll think about it. It works as well in the enemy’s’ case – they are really good at flanking and finding creative ways to make a bullet sponge from our character.

I have two small comments here: the game slows down a bit in the third Act with some unnecessary parts. Environmental puzzles aren’t challenging and the whole pacing seems slower. Secondly, sound effects vary depending on the material of the object. With a good headset or a proper audio set you’ll really appreciate Naughty Dog’s work. 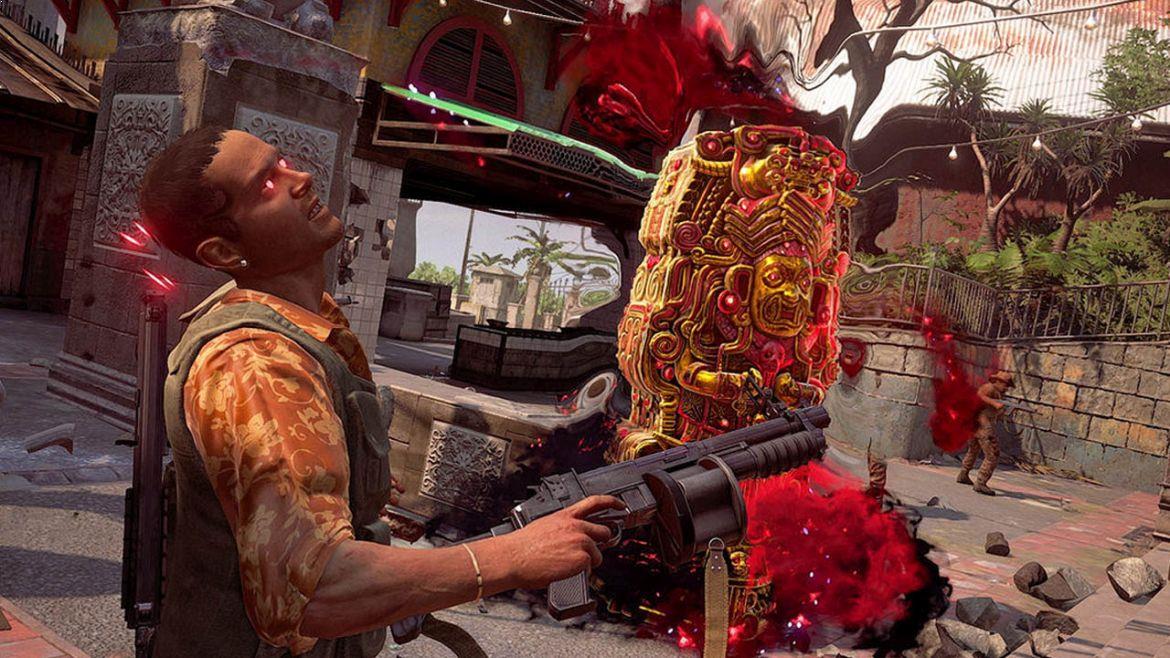 A reviewer’s duty says I should mention multiplayer as well. There is one, if you were wondering. A total of four modes were available on release with further added via DLC. Multiplayer works in 60 FPS and that makes a difference in online play. Plunder mode is the one I enjoyed the most with two teams trying to secure an idol in their chest. There are also Mysticals – a form of supernatural powers that grant you ability to teleport on short distances or revive downed allies. As with almost every modern multiplayer, there’s a ton of unlockables if you are interested.

As I’ve said at the beginning, miracles are achieved in Uncharted 4 by Naughty Dog’s team. They’ve managed once again to raise things up a notch and we are left here just to wonder what might come next from them. With Nathan Drake’s final adventure in mind I would even buy their phone book sold as an audiobook.

Join the adventure in this final chapter of Nathan Drake's story.