When Walkers are everywhere around it’s hard to say that’s good to be back. But with Telltale’s take on The Walking Dead IP we at least got used to the undead.

The Walking Dead is back for Season 3 and it could have gone wrong in many different ways. The second season had its moments, but it wasn’t as nearly as good as the refreshing start of the series. Michonne’s spin-off took a different approach and for me personally it was an unnecessary addition. And here we are, with two first episodes of A New Frontier. 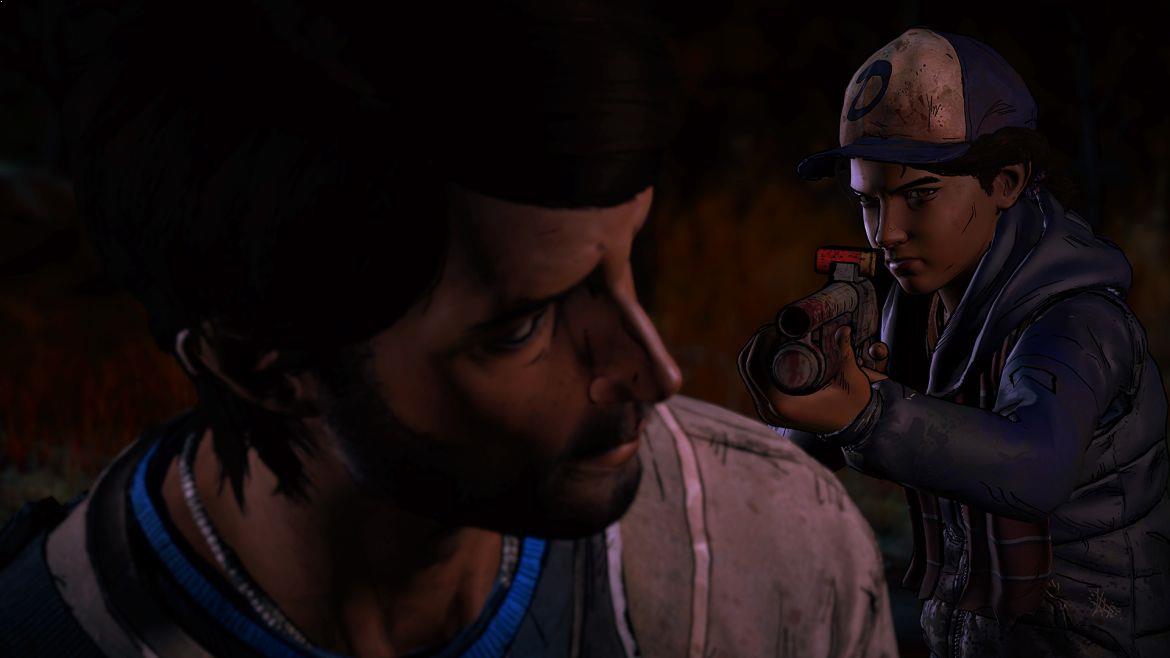 What has been done

As the subtitle suggests, it’s not about a direct continuation of two earlier seasons, but rather a small reboot and arms wide open for the newcomers (e.g. people who didn’t play TWD on their refrigerator). I would like to praise Telltale’s attitude here. People moving from different platforms (from tablets to PC, from PS3 to Xbox One etc.) are now allowed to transfer their saves. Season 2 was updated so that it’s possible to store the progress in the Cloud.

If, for any reason, that isn’t possible, there’s a story generator. With a few clicks you are able to decide the fates of important characters and how some events ended. The good news is that it influences A New Frontier in some, very often subtle, ways (more about that in a moment). The story generator seems to allow some combinations that were hard to achieve in-game, but we’ll have to learn how it unfolds.

Once again it starts

Season 3 stars a new protagonist, Javier García. After a few scenes during the zombie apocalypse outbreak he quickly becomes a leader, someone who has to look after the remnants of his family. At first I wasn’t sure if it will be easy to connect with another character in a series with as strong leads as Lee and Clementine. After two episodes he is still a very undescribed character, but there are some nods of who he might become. 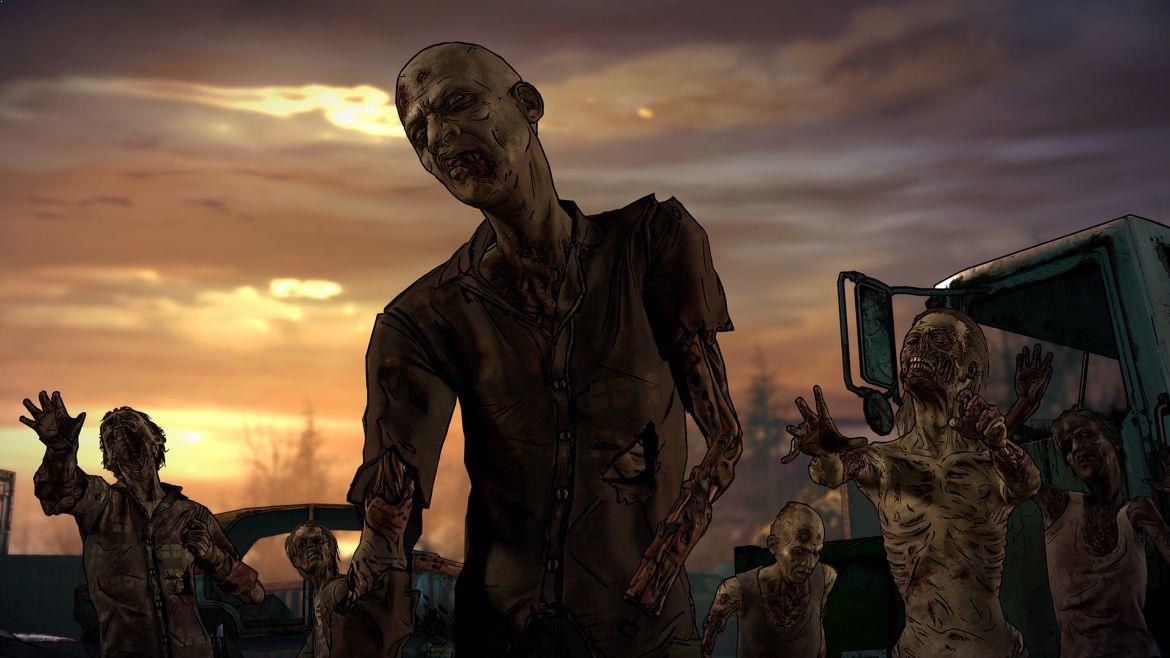 As always, they are “unexpected” guests

There’s an interesting form of narration with flashbacks occurring between present events. We do know where Javier and his family ended, but it’s up to us to decide how he behaved in the past. It affects current events, but with Episode 2 it’s clear that repercussions might be much greater.

The good news is that Clementine is back, now as a supporting character. The decisions from earlier seasons are affecting her in various forms. Sometimes she treats Javier differently. Sometimes its her attitude towards NCPs we meet. And there are moments where only the players who are fans of the previous chapters will notice tiny nods in dialogues.

Unfortunately, it’s as good as it gets. What previous season should have taught Telltale’s team is that we should have space to get familiar with the characters. And with such dynamic events as the ones that happen in The Walking Dead universe it’s hard to care about an NPC who was there in two brief scenes. Someone loses a finger? Well, happens. And there’s one thing about TWD episodes that I’ve already learned: if everything’s okay and there’s just one trophy for you to earn, someone will die in a moment. But do I care? 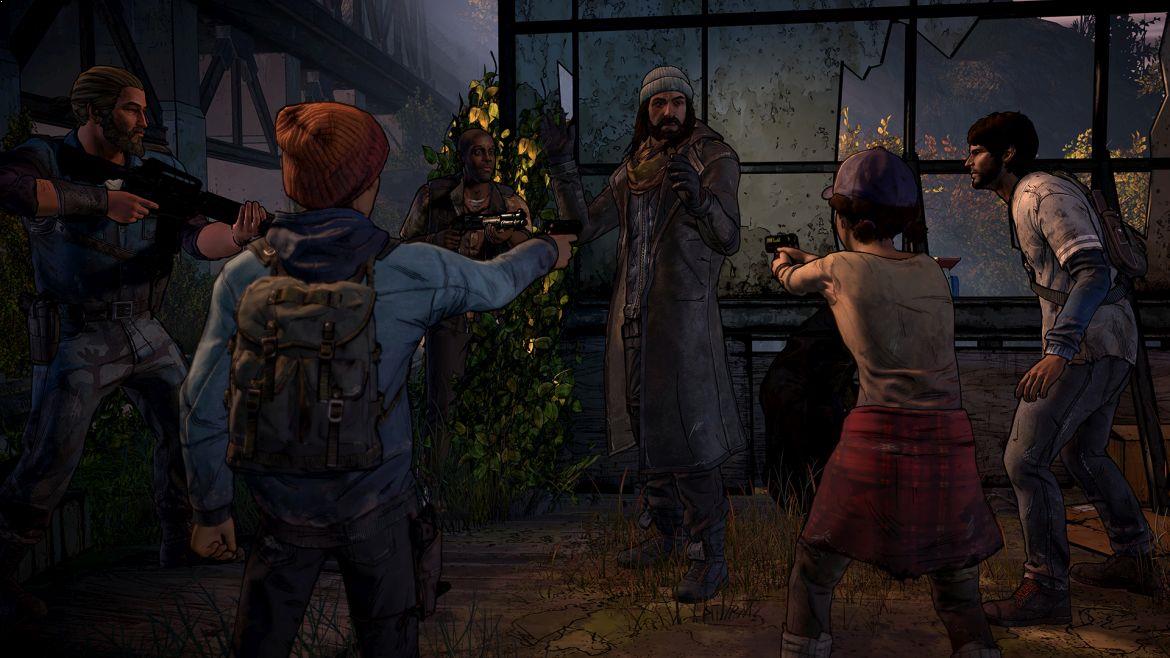 New characters and some familiar faces

What’s good about A New Frontier is the way those episodes are directed. I love the creative decisions behind how the camera works. It’s especially noticeable in Episode 1, in the beginning. This prologue has a nice tone of an intimate horror and it’s easy to appreciate the frames and camera movement. Regrettably, it’s lost later in both episodes. And with a combined length of a bit more than two hours it’s quite an achievement, I should say…

The other thing worth noticing is that A New Frontier’s performance is a bit better than with Batman: The Telltale Series. Same as with Wayne’s story, I had a chance to finish Season 3 on PS4 with another take on PC. It’s a smoother experience, but as with all Telltale’s games random problems with textures occur and just when you think about that beautiful scene and how you want to screenshot the shit out of it, a wild glitch appears. 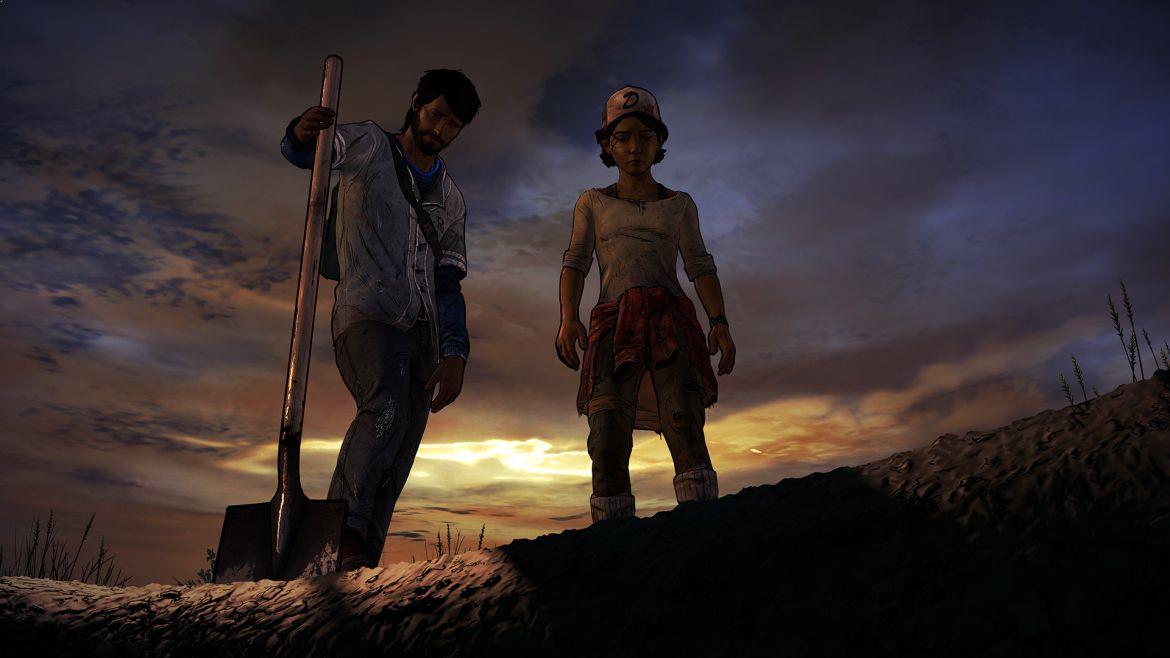 That’s how we roll

It’s also noticeable that while Batman: The Telltale Series managed to expand the formula and add various mechanics like gadgets or planning the attack, A New Frontier lacks any of them. As both games were developed in a similar period, the only advice is that Telltale’s teams should drink more beer together.

And a general note: the voice acting works well in both episodes, but there are so many characters and those chapters aren’t that long, that it’s hard to judge the final effect. Melissa Hutchison is back as Clementine and it’s a masterclass as always, and Jeff Schine seems well suited for Javier, but we’ll have to wait for episodes 3-5 to summarize their work.

All in all, the direction for The Walking Dead series appears to be a good one, but with various missteps already done. After further episodes come out we’ll check them and tell you about our final note. Treat this as an interim score.

A fresh start for the newcomers with some familiar faces for the fans.