Assassin’s Creed II was a significant improvement over the original game. It’s refreshing to see that Watch Dogs 2 reiterates this story.

There are no towers. Yay!

Original Watch Dogs is one of the victims of the new generation. Its announcement trailer made us stop breathing for a moment. Hopes were high and the then upcoming new generation of consoles seemed a promised land. Well, silly players, your hopes were a bit too high yet again. 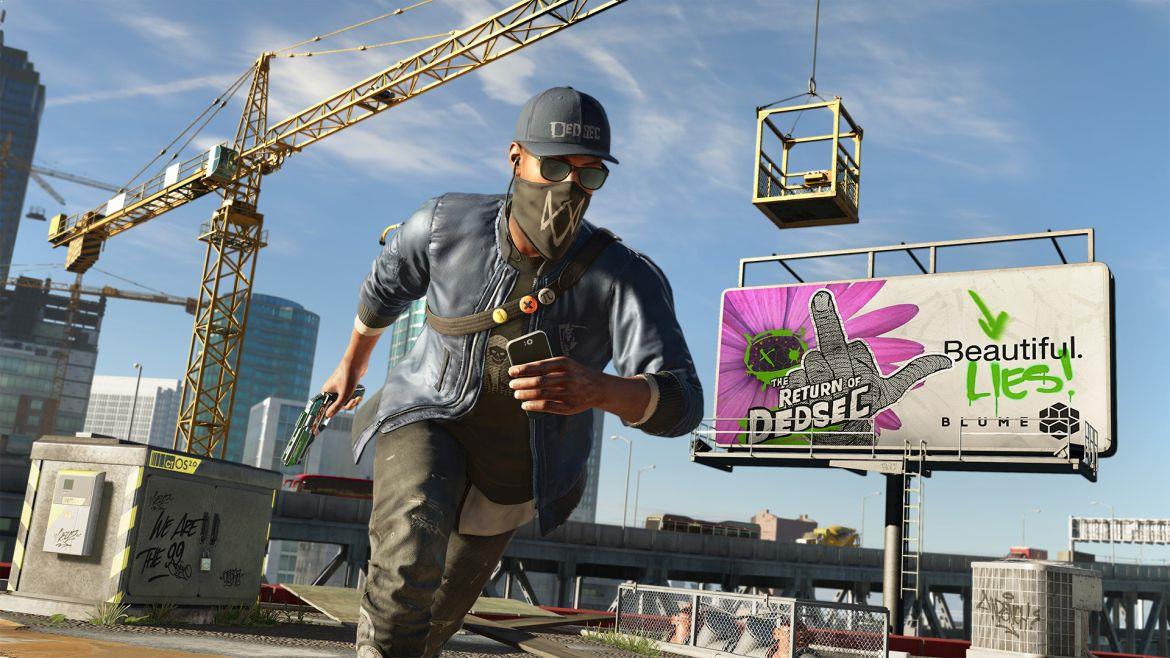 Disappointment, a good name for the release of Watch Dogs, was an unfortunate start of this new IP. With Watch Dogs 2 you can feel its legacy, but this year’s game is a significant improvement in almost every way. Finally we have a game with its own identity and the sequel works properly in almost every manner where the original game failed.

It’s not as depressing in tone – you can feel it from the start thanks to the trip from the grim and windy Chicago to an all-colorful, joyful San Francisco Bay Area. Serious matters seem to be balanced with humor. It serves well to the whole idea of a city being monitored from every angle and being hacked every second at one time. Who wants to hack a hipster when they share their life voluntarily?

This time our hero is Marcus Holloway, for better and for worse. Let’s be honest: it’s hard to miss Aiden Pearce. Well, it’s even harder to remember him as a person. Marcus is a different kind of guy, easy likeable. As with Lara Croft in latest Tomb Raider’s entries, you’ll feel a cognitive dissonance – this guy, his moral compass, his actions, everything tells you he’s a good person and for sure not a killer. You deal with people focused on saving people and making their lives easier. 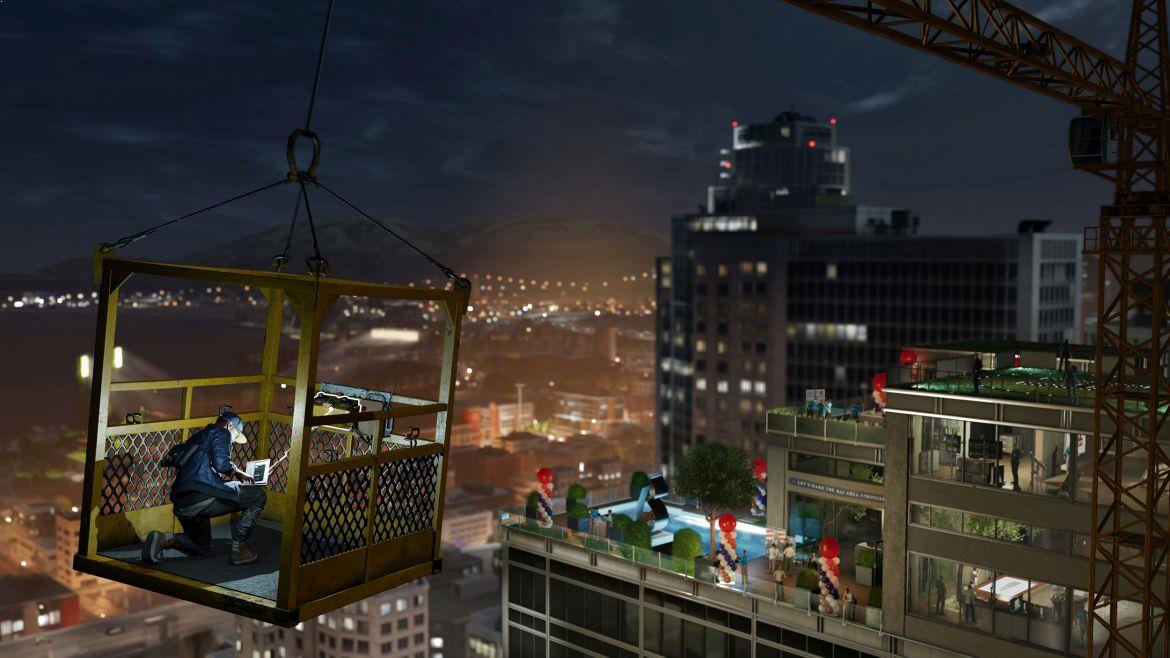 And then you start killing. You should forget about this dissonance, as it’s the only obstacle between you and really fun gameplay. Fighting with gun isn’t Marcus’ style but it happens because developers decided to make Watch Dogs 2 much closer to Grand Theft Auto than Assassin’s Creed. You should try to leave this obtrusive thought behind you, however, because a great fun awaits.

I expect you to hack

Marcus quickly joins DedSec, a group of modern Robin Hoods focused on helping others and taking selfies. Their main goal is to take down Blume, an evil corporation behind ctOS 2.0 (stands for “central Operating System”) – an all-present surveillance system. It gathers every possible information, from people’s medical history to the length of, well, tablecloth.

Serious business, you might think, but the whole story seems more human. Script writers took a time to write a story full of easter eggs (there’s a comment about the cow level just in the prologue!), popcultural references and made virtual San Francisco a place worth visiting. Big kudos for missions like the one with Tom Cruise-like celebrity and a cult. There are some positively absurd stories here. It’s a pity that many side quests are not as entertaining with some repetition appearing especially later on in the game.

The most entertaining part of Watch Dogs 2 is the ability to finish most of those missions remotely. You are playing as a hacker, as you might remember, so it’s a well-thought change. Many times I’ve left Marcus sitting comfortably on grass while the tech was doing his job. 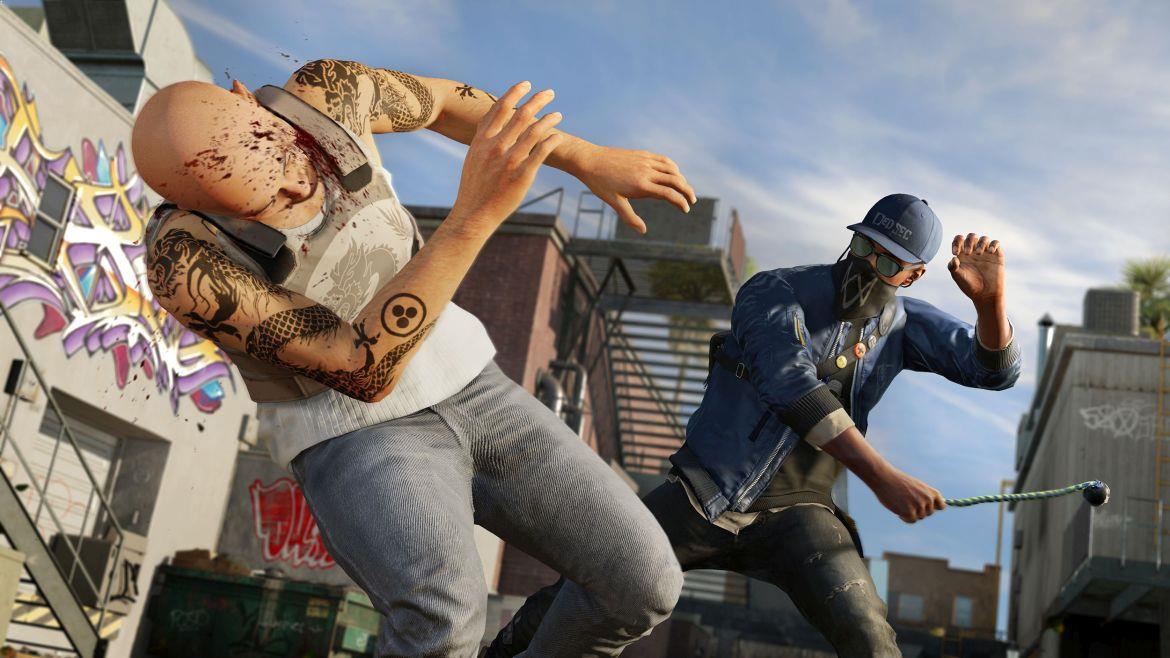 Fight only when you have to

The difference comes thanks to drones – a car and its UAV friend. It’s not long until you receive access to both of them and they come handy almost every time. You can hack into computers, energy stations, paralyze guards etc. Everything a young hacker needs to take down Blume and its overseer technology. There were a few different sandbox games released in the previous months but the drone mechanics are unique and make us think differently about stealth (Marcus can’t sit everywhere and bad things happen when he’s noticed).

It’s much harder to fall in love with Watch Dogs 2’s combat. Even when leaving out story-wise elements of Marcus’ beliefs, it isn’t hard to notice that gunfights weren’t the focus of Ubisoft Montreal’s team. And I’m okay with that. What makes me grind my teeth a bit is the fact thatthe cover system is hardly intuitive and you aren’t allowed to jump freely. At least you can print your weapons on a 3D printer. My little workshop with 3D horrors.

Various missions, both from main story and side quests, are often expanded by environmental puzzles. You’ll notice a lot of welcome improvements here. Very often they challenge you to think “in space” to get access to the required place or element. The city is full of collectibles but they are a target of space puzzles as well. Climbing is difficult and you have to use your drones or electronic items around you. San Francisco is great for sightseeing, but it’s also interesting to explore. It feels much more open in comparison to Watch Dogs. There are even in-game apps like Uber (here called Driver SF).

The whole progression system is now based on the number of DedSec’s app followers. Their “computing power” is used for research and that means gaining skills. It feels natural, not like a blockade. I didn’t feel forced to grind those as they are granted for almost every activity. To justify myself, I’ve spent almost two hours running around the city to… take selfies with street art. 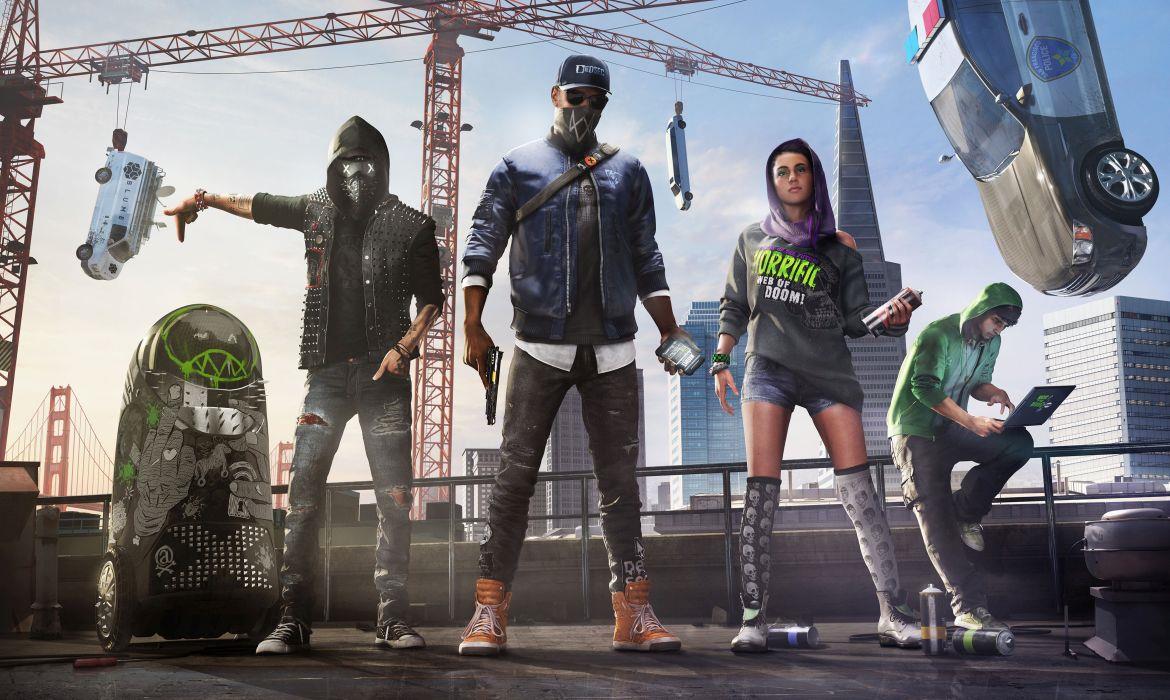 I’m not a fan of racing games, but even I’ve felt a small discomfort while driving in Watch Dogs 2. San Francisco isn’t a very populated city (not like its real counterpart) and it makes very arcade model of driving a bit out of touch. Hacking while in motion is interesting but I preferred being outside the car. The additional reason is the fact that the framerate drops when we drive fast and furiously.

I should mention multiplayer modes but when I’ve played the game after the release they were turned off due to performance issues. I’ve tasted them a bit when they returned in some form but I’m no lover of other people invading my world.

Watch Dogs 2 is a much better game than its predecessor. It still lacks the level of polish we are familiar with thanks to Rockstar’s games, but it’s nevertheless an entertaining sandbox. After playing for two dozen of hours I’m confident that the game is bringing back the IP to the right track.