World of Warcraft has definitely seen a lot in its 12-year career. Yeah, this is correct. 12 years. Apparently it’s enough time to release six massive expansions which shake up the story and systems. World of Warcraft: Legion is the latest addition, coming hot on the heels of Warlords of Draenor. Is it any good? Well, it’s better than Warlords. Not good enough? How about “probably the best expansion to World of Warcraft yet”?
Launched on 30 August 2016, Legion is dead-set on fixing as many game systems as possible, disposing of the post-Warlords of Dreanor fallout, and shaking the foundations of everything the long-time Warcraft lore buffs thought immutable.
It’s awesome.

The Alliance, the Horde, and the Burning Legion

Legion begins with a downright Hitchcockian earthquake and despite things slowing down later, there is an overarching sense of incoming apocalypse. This time for realsies, honest. The Burning Legion, the Warcraft universe’s central bad guy, quits messing around and aims to invade Azeroth. Again. This time the stakes are higher, because Illidan Stormrage was up to some shenanigans before he was removed from the equation, and the Burning Legion can’t afford to lose more time. For once the Legion is actually vulnerable because of reasons stemming from the delightfully convoluted plot that has been building up all this current mess since 1994.
People die, allegiances shift, the world has a bad case of demons, fun, fun, fun for everyone. In fact, there is a quite bizarre separation of apocalyptic, bleak main storyline, and the silliness often seen further away from the core story. It’s not distracting, at least not in a bad way (it’s World of Warcraft, after all, not World of Darkness), but it deserves a mention.

A part of the fun is the fact that now classes actually matter and contribute to the overall efforts. As a facet of the general restoration of class identity, everyone from Shaman to Paladin, to a freshly minted Demon Hunter gets a class-specific lengthy questline.
It invites immersion and roleplaying back to the core game, making a Druid playthrough significantly different from a Rogue one. Some quests even require using some long-forgotten abilities, which does wonders to feeling like you’re doing something unique no other class can manage.

The fun of collecting a dozen pelts

The core format of questing remains basically unchanged from where it stood twelve years ago. Accept quest, killharvestcraftrescue a set number of mobsresourcesitemsunfortunates, return for EXP, loot, and a verbal pat on the back. It’s familiar, and at this point it is pointless to expect it to go away and join other ancient MMO traditions in oblivion. Blizzard seems well aware of this, so they went the extra mile to make this kind of quest less of a chore and more, you know, fun. Maybe the quest will reveal something about lore, maybe there will be some entertaining gimmick, or they are simply amusing enough to carry you through. Either way, collecting twenty somethings for reasons isn’t a bore.

What is an expansion if all it does is introduce a new world-shaking conflict, rewrite the political landscape of the world, and provide the kind of nuance that lore-savvy players gasp in shock? It’s a half of what makes Legion great. The other half is how a number of systems was reworked from the ground up, and some more were added. Why? Because Blizzard apparently does not believe in half-measures.

Classes with a lifting

I hinted at it three paragraphs back, but more from the questing and roleplaying standpoint. But, in keeping with the “no half-measures” policy clearly applied to Legion, classes got a solid review to determine what exactly they were supposed to be like.
For the past several years WoW classes were steadily losing their unique characteristics, making classes transcend their original purview. Well, no more. In an effort to make classes distinct again their skillsets were reworked. Cut here, add there, from change to change, the overlap is significantly reduced and the class specializations are really cool and thematic. 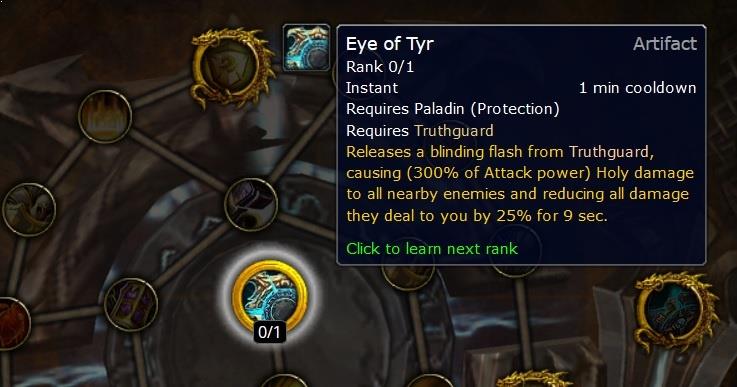 One of available artifacts

An interesting, if slightly botched, addition to class identity are Specialization artifacts. To put long story short: every class spec has a unique weapon tied to it. And from a system standpoint, they are great. They grow in power as you play, they have some unique talents to be unlocked, offer devastatingly powerful abilities. Pure, undiluted glory.
The thing is these legendary, often lore-derived weapons lose a lot of their impact when every other character of the same specialization runs with the exact same weapon. Different skins help a bit, but there is still something uncool about this solution.

Demon Hunters are the new class of this expansion. Followers of the infamous Illidan Stormrage, they sport fancy horns, wings, and greenish magic. Oh, and eye beams which would give Superman a run for his money. They have all the kinks of a good demon, except actually being a demon dead-set on conquering the world. Demon Hunters are like a permanently Devil Triggered Dante (of Devil May Cry fame), only depressingly dour instead of playful and cocky. Their depressing attitudes aside, playing as a DH is a ton of fun. They are blisteringly fast, can glide, and in general push the game’s engine through hoops to support their playstyle. Oh, and they get to change into an even more demonic form, if the extra punch is necessary. Overall Demon hunters are a bundle of depression which plays like a ton of fun. 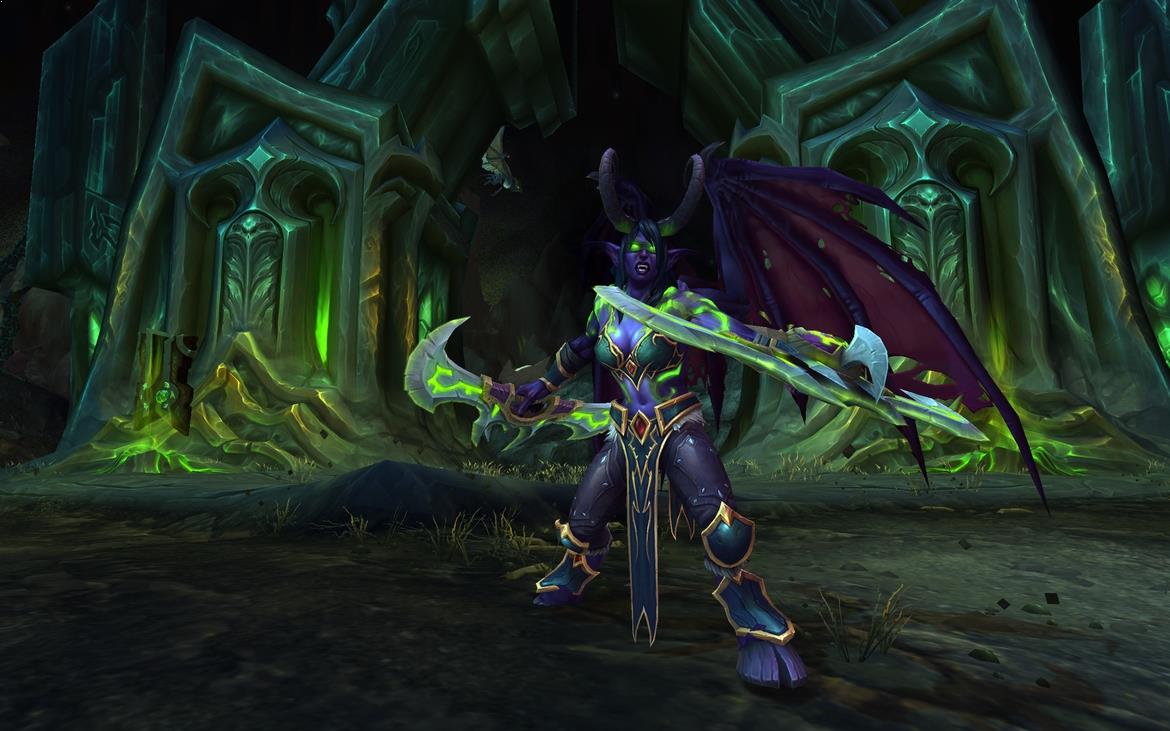 A grab-bag of other things

There is a certifiable load of changes added to the game. Good, bad, never ugly.

Garrisons known from the Warlords of Draenor have been reworked into Order Halls. Lore-wise, they are places of incredible power linked to a character of particular class. The locations are very thematic and reflect the class theme quite well: Warriors have their own little Valhalla, Druids can chill on a charming meadow etc. Each Order Hall has some perks in sets of two to choose from to add some extra flair. It all works quite well, except for one thing. They are social hubs of sorts.
Abandoning the singleplayer functionality of Warlords’ Garrisons, they improve the social aspect of WoW, but at the same time you never quite feel like a lord of the manor, of sorts. You get to build you own upgrades, but with a dozen other members of your class running around your corridors you feel like Bilbo Baggins when Thorin’s company assaulted his home. Thankfully, they make things a lot easier, at least, with the most useful features bundled in roughly the same place so you don’t have to run around like madman.

The Group Finder works like a wonder, making things easier to find people to share in on an adventure or a raid boss, or a generous serving of new dungeons. Better yet, if you happen to “help” an ally from your faction kill a mob, both of you get the credit, even if you are ungrouped.
As a result WoW: Legion moves away from a largely singleplayer experience that was one of Warlords of Dreanor’s shortcomings. Which is a good thing, over all. This is an MMO, and while you can’t go wrong catering to fans of solo play to some extent, it’s the social features that make the whole thing tick.

The overall system revamping affected PvP as well. The Honor system now serves to unlock a full range of things. From gold to Artifact power-ups, to PvP-only Honor Talents, which change existing abilities or add new ones, as long as you are engaged in a PvP.
The class balance and viability were reviewed, to make sure that, for instance, you don’t have to whack a healer for half an hour like a Wolverine-piñata to win. Additionally, the gear will factor only slightly into your PvP stats. Instead, you get a class-specific preset to emphasize skill over gear. 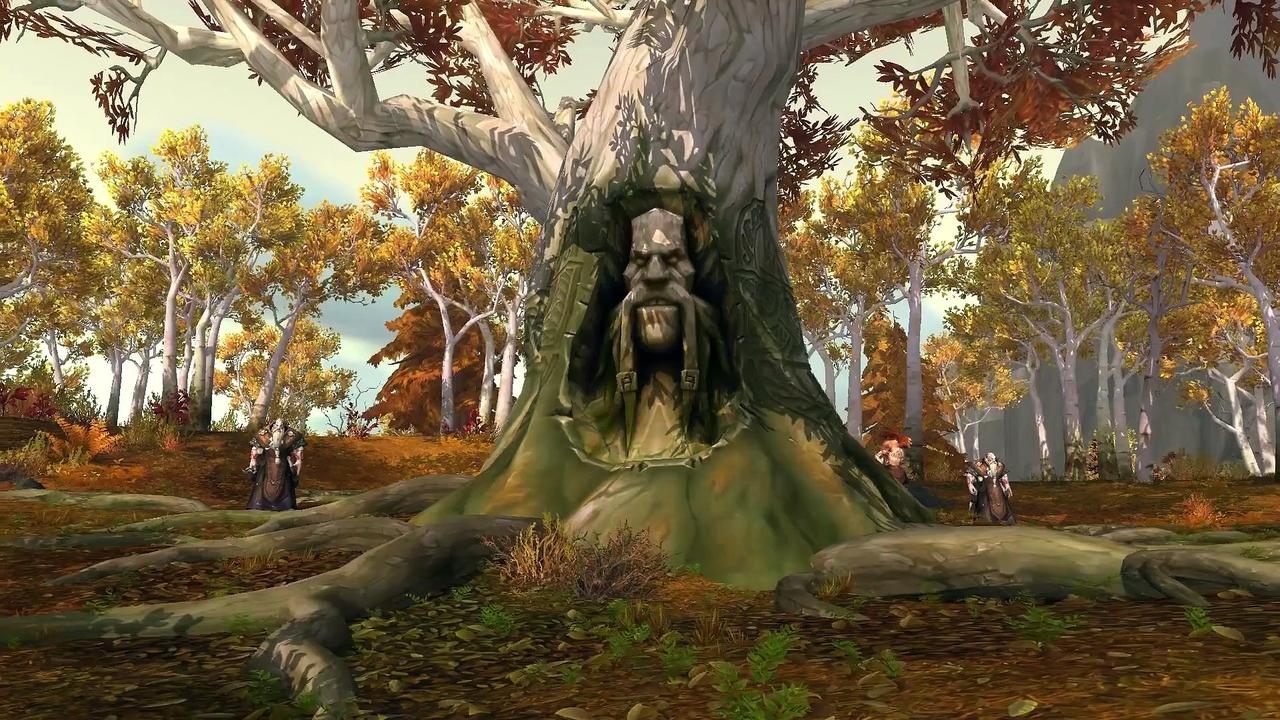 Can you paint with the colors of the wind?

Graphically WoW doesn’t age well, the years are clearly showing. It is slightly off-set by the consistently stylized art and excellent location design, but there are only so many improvements one can make to an over a decade-old engine.
On the other hand, we get a nice number of well-made cutscenes, and the voice-acting is top-notch. It’s clear that developers pushed the engine to the limits of what it can handle. The locations are exceptional too, with immediately discernible atmosphere and theme.

Blizzard took their time launching Legion. Between Overwatch, Hearthstone, Heroes of the Storm, or Diablo III they have a lot on their plate these days. It is therefore even more impressive that Legion is so good. Weighty story, refreshed classes, incredibly fun Demon Hunters, changes in PvP, Blizzard pulled out all the stops, as if to apologize for the neglected Warlords.
As a result WoW comes back swinging after the lukewarm reception of Warlords of Draenor. If Blizzard doesn’t forget to provide a steady stream of content updates, Legion may well be the best expansion yet. It certainly starts out like one.
For now briefly after release, it’s well worth a 90100 rating.

The Burning Legion once again storms Azeroth, Horde and Alliance are at each other’s throats, and Demon Hunters roam free. Can Azeroth survive against the overwhelming odds, or will the Legion finally gain a foothold on the world?