I like Japanese games. This shouldn’t be a surprise to anybody given my expressed love for the Souls series. It’s a fascinating culture that has just such a different dramatic sense that I am constantly simultaneously baffled by their choices and can’t help but conclude that they are absolutely brilliant more often than not.

Which is where Yakuza 0 comes in, the 12th installment in a long series of action games and a debut for the series on PC. It is also the first of two rather important Japanese games coming out on PC for the first time this month, the other one being Monster Hunter: World. So you can consider this an unofficial theme of the month. So with that in mind, I give you, Yakuza 0!

The history of bat-sh*t crazy.

Yakuza is a very long and storied series of console video games. As I mentioned it’s the 12th part in a decade-spanning series. It has a long and convoluted story that would be entirely incomprehensible to you as a new player. But here’s the thing: Yakuza 0 is a prequel. It makes perfect sense to release this game in the West, and on PC in particular.

It serves as a perfect entry point for the newcomer into the series with the stories of Kiryu and Goro being a very important set up for the rest of the series, while being so far removed in time as not to fall into the pitfall of explaining things you already know. Frankly, it’s how a prequel should be made. This is a theme you’ll notice throughout by the way, Yakuza is just very well directed.

So what is this thing?

You’ll often here comparisons to the GTA series, especially GTA 4, and this isn’t an unfair comparison because at the core, these games are kind of similar—you have a large semi-open cityscape densely packed with side-quests and activities with a strong, character-driven story connecting all of it and tying a beautiful bow at the end.

Bare in mind though, a common point of criticism you’ll hear is that it’s not really an open world game. And it’s true, it isn’t an open world game, not in a GTA 5 sense of the word. What it is though, is densely packed with content to the brim and the district of Kamurocho is designed for easy travel in a truly Miyazaki fashion. Getting lost here is quite frankly difficult.

You will on occasion bump into an invisible wall, but it’s hard to take that as an honest downside when the game wasn’t designed with a truly open world in mind. But this is getting a bit too much into philosophy of design, a discussion for another time to be sure, so for now the takeaway point is that Yakuza 0 is not an open world, if that’s ok with you, that’s good enough for me.

Bring your fists to a gunfight.

The key phrase to remember here is: this is not GTA. In many ways it’s much more reminiscent of Saints Row, only if Saints Row had Street Fighter-esque fighting system with combos complete with DMC-style ratings that give you more money.

That’s the combat glue that keeps all of this together and it’s quite extensive. While it seems simplistic at a first glance the brawler combat of Yakuza 0 with its 4 distinct styles + secret ones you can unlock through special quests and with both protagonists Kiryu and Goro having their own distinct tricks (Goro is much, much more fun to fight as) has a great deal of depth to it that is really fun to explore.

And that’s not to mention just how fun, over-the-top crazy the combat is. In what ostensibly is a serious story about organized crime warfare, you’ll have what amounts to Dragon Ball Z power ups, glowing auras and cartoonish wrestling finishers repeating in delicious slow motion. This kind of combat is nothing if not theatrical.

You know that moment when Dio crashes down on an opponent with a steamroller that became engraved in our cultural meme-ory? That’s combat in Yakuza 0. ALL the time. It keeps one-upping itself over and over up to the boss fights that are executed exceptionally well. The more you invest into this system, the more fun it gets and just when you think the game can’t possibly top itself… It does. Oh it so, so does… What? I’m not spoiling things, even if after reading this you’re not interested, you got YouTube, buddy.

It’s like a John Woo movie, and you’re Nicolas Cage.

Ok, let’s talk the important thing, the story of Yakuza 0. Oh, the story of Yakuza 0, the gift that keeps on giving. At its core, it’s a gritty tale of warring gangs, high stakes, duty and honor. The absolutely fantastic voice acting helps greatly in this regard as the original Japanese voice actors are actual action movie stars and they pour every ounce of their talent into these characters.

Silly is what makes serious worth it.

It’s that inherent Yakuza 0 weirdness and silliness that really makes the dramatic and frankly tragic moments really stand out and stick with you. It’s silly, but it tells its story so straight, so honestly, with such blinding dedication that’s it’s impossible not to get fully immersed in it. To the western audience this may on occasion seem like a problem with tone, but once you acclimatize to it, it just hooks you.

One slight problem I have to mention is that not all scenes are voice acted and a lot of the dialogue in the game, save for the big, important moments, is conveyed through silent walls of text. That’s not ideal and while I understand it’s something of a staple of Japanese RPGs, I had uncomfortable flashbacks to Sonic 06 on occasions. And some scenes are conveyed in montages of still images, which is frankly a bizarre choice.

But then an argument could be made again that this really helps those big John Woo flying-doves-and-explosions moments stand out. That’s the thing about this game—it’s amazing at selling itself on the premise, and the mechanics of combat, mini-games, and exploration are so fun that getting to those big moments is a sheer joy.

Oh my god please make another one.

Personally I’m incredibly happy this game came out on PC and that it came out in the West because I view it as a something of a cultural landmark. In many ways it’s a harbinger of dialogue, much like Metal Gear is an icon. It’s a fantastic game whose main problems really stem from certain conventions that the Japanese just take for granted.

And if we can explore these conventions, contrast them with our own and reach something new and in the meantime have fun with an action game? I consider this a victory. While it’s not perfect as a game, it’s really good and you should consider playing it just because you likely haven’t seen anything like this before. 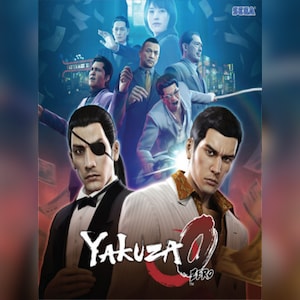