Outriders is an action role-playing game developed by People Can Fly and published by Square Enix. The game is set on the faraway planet of Enoch, where humans tried to establish a colony after Earth had become uninhabitable. The plot of the game follows the titular Outriders, a team of elite soldiers tasked with securing the perimeter for the future colony. Outriders features a co-op multiplayer in which up to three players can explore the planet together and complete missions for various NPCs. The game was released in April 2021 and was met with a mostly positive reception from the critics.

The Journey to a New World

The story of Outriders is set in a distant future, in which increasing atmospheric pollution had caused the planet Earth to become completely uninhabitable. Seeking a new place to live, the human race chose Enoch, a distant planet with conditions similar to those on Earth. Enoch Colonization Authority sent out two ships to colonize the planet, onboard which traveled the Outriders - a team of elite soldiers tasked with securing the landing zone and preparing for the arrival of the settlers. Despite their best efforts, the first attempt to colonize the planet had failed - the Outriders encountered the Anomaly - a powerful energy storm which killed all but one of them- and the alien fauna wiped out the colonizers, forcing a small group of survivors into hiding. 31 years later, the Outrider who survived the Anomaly wakes up from the stasis and forms a new team tasked with protecting the surviving settlers. 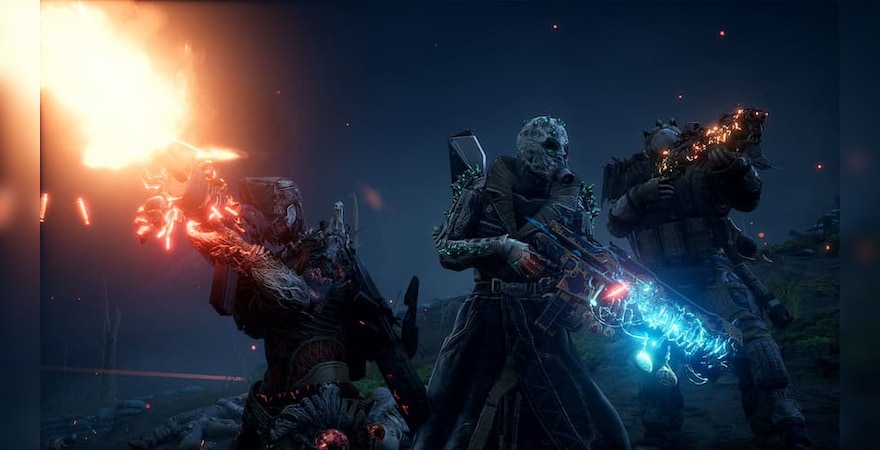 The player begins their adventure with Outriders by customizing their character. Aside from deciding on the cosmetics of their character, they can choose one of four available classes, yeah possessing different skills. Trickster class can manipulate time. Pyromancer controls fire. Devastator levels the playing field with seismic attacks. Technomancer uses turrets and other devices to gain the upper hand over the enemy. Each class has its dedicated skill tree, elements of which can be unlocked with experience points.

The game map is divided into several regions with different threat levels ascribed to them. The higher the level, the better loot the player gets from fallen enemies. The loot includes various types of weapons, including assault rifles and shotguns, as well as modifications and attachments for the guns. 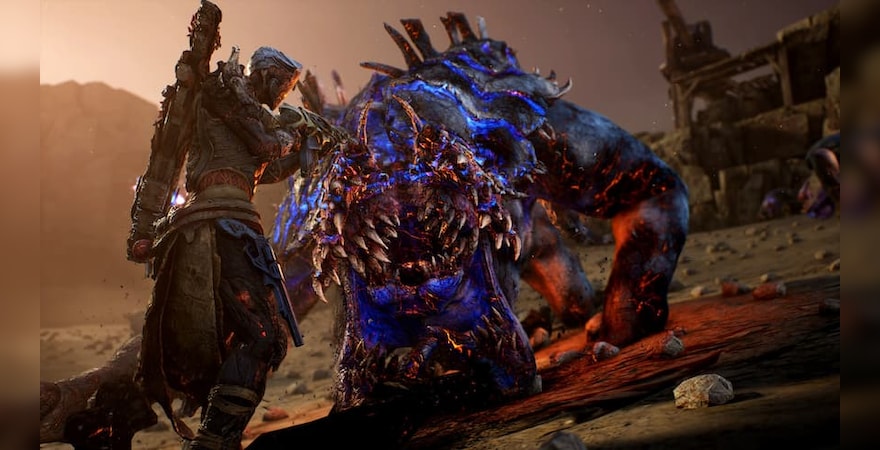 Another RPG feature of Outriders are the dialogue trees. Throughout the game, the player will encounter NPCs which will offer them missions to carry out. Talking with them gives the player a chance to choose dialogue options, which don't affect the outcome of the conversation but can provide the player with interesting information about the world of the game.

Outriders game for PC was met with a positive critical reception. The reviews praised the game's multiplayer gameplay and its RPG and shooting mechanics, noting that while it didn't stand out among other similar games, it was a competent production which fans of co-op looter-shooters will definitely enjoy.

Outriders cd key is meant to be activated on the Steam platform.