Pathfinder Wrath of the Righteous is a computer role-playing game released in 2021 that is the successor to Pathfinder: Kingmaker. The authors of the project are once again the independent Russian studio Owlcat Games, and the game was created, among others, in cooperation with the industry legend Chris Avellon and was supported with funds from a Kickstarter fundraiser.

Since the PC version of Pathfinder is based on the paper game system of the same name, which is inspired by D&D, you can expect all the best features of a classic RPG here.

Pathfinder: Wrath of the Righteous is completely independent of Pathfinder: Kingmaker. The story is based on a fight between good and evil, and the adventure takes place in a dangerous wasteland and in the Abyss. The gameplay climate is noticeably darker than before. 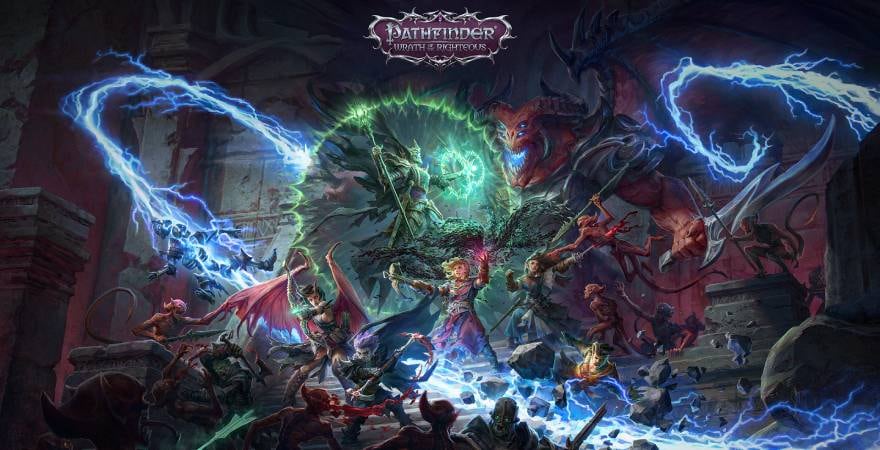 The game offers several races and classes known from the previous part, as well as some completely new ones. The gameplay itself focuses mainly on fighting numerous opponents, there will be both minor fights and challenging strategies to battle powerful bosses. Prepare for situations in which the player has to make decisions that have a significant impact on the plot. It will be similar to character development because each decision in this regard will have a real impact on reality.

Warning! This is a PRE-ORDER, the key will be delivered upon the game's to be announced release date.
System requirements