Peaky Blinders: Mastermind is an puzzle-action game developed by FuturLab studio. The action of the game takes place in a gangster universe created by BBC for the needs of a popular TV series. The player takes on the role of the titular mastermind, coordinating actions of the characters performing high-risk operations. The game features comic-styled, 3D graphics, and the soundtrack composed by Feverist - a talented band that we can hear in Peaky Blinders TV series. PB: Mastermind offers an experience prepared for single player only.

The game is a prequel to the first season of the TV series. The action takes place in Birmingham and the player takes on the role of Tommy Shelby - the head of the Shelby family, who's one the track of a conspiracy targeting his family. During the gameplay, players will have an opportunity to learn more about Tommy's raise of power, and how he gained his respect in the criminal underworld. 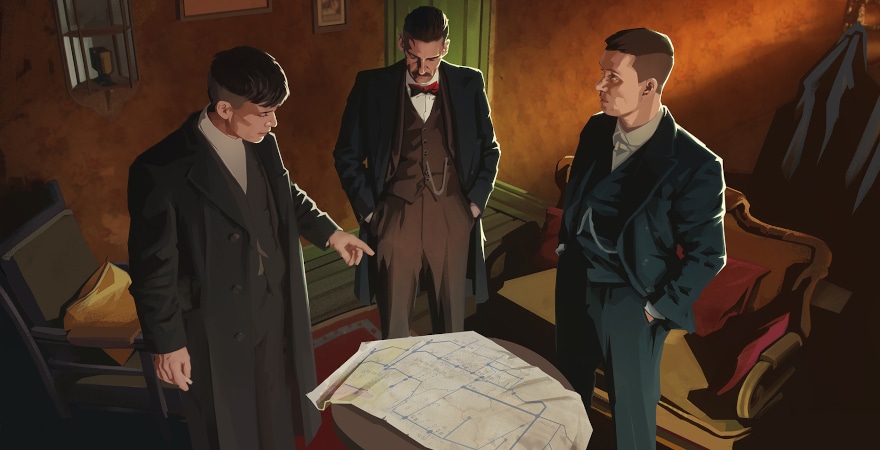 The action of the game is presented in the isomeric view. During the gameplay, players will control members of the Shelby family, solving challenging environmental puzzles. The Peaky Blinders video game features six playable characters, well-known to every fan of the Tv series. That includes Tommy, Arthur, Finn, John, Ada, and Polly. Each character is unique and offers a different set of abilities. In order to complete a level, and reach a high mission score, players must flawlessly use every hero skills and perform perfectly synchronized actions. What's interesting, the action of the game takes place in Tommy's head, as he plans the next risky job. The game offers multiple solutions while beating levels - the player can decide whether to use a brute force or a more subtle, stealthy approach.

Peaky Blinder: Mastermind received generally favorable reviews. According to the Steam platform, more than 70% of users' reviews are positive. Players praised the possibility to complete missions using different methods, depending on their preferences. A multitude of positive opinions proves, that the game is an excellent choice for every Peaky Blinders fan.