Cities: Skylines Parklife presents you with many new features allowing for a refreshed look of already existing areas as well as new ones created specifically for recreational purposes. With the DLC you can create areas of four different themes such as City Parks, Nature Reserves, Zoos, and Amusement Parks.

In order to create a park, you must mark an area that you think is suitable with a brush tool. After deciding on an area, you may want to place a gate which will allow you to take greater control over your park. 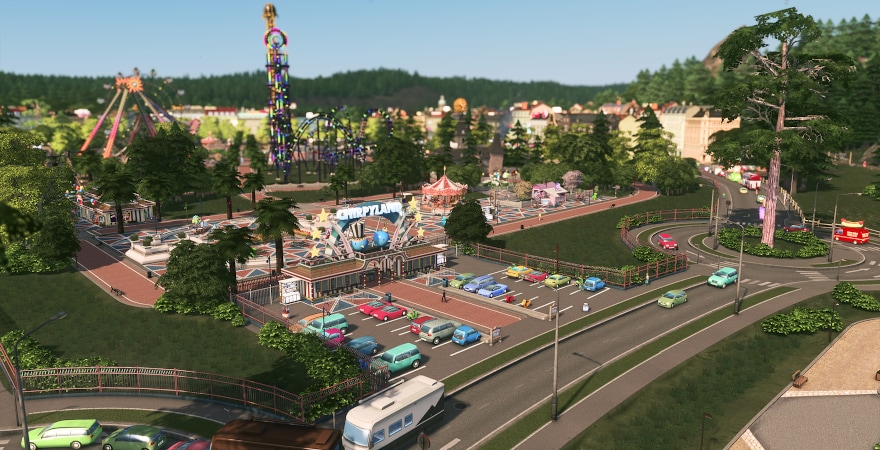 The creation of a park gives you greater customization freedom as the buildings, attractions and other elements are not placed automatically and most of them do not require road connection. Additionally, you can apply new policies regarding hazards and animals as well as create sightseeing routes and spots to increase the value of your parks.

Level up and make your citizens happy!

Not all the features of your parks are accessible right from the beginning, as you will need to unlock them by leveling up your parks by increasing their entertainment value. Parks can become invaluable additions to your city as they raise the happiness of the residents and this aspect is undeniably one of the most important in creating a successful city in Cities: Skylines.