Arkane Studios' Prey  is a psychological shooter set in near future. Inhabit the body of doctor Morgan Yu and discover mysteries of your Groundhog Day-like life. Prey is a science-fiction game reminiscent of classic System Shock and more modern productions like BioShock. 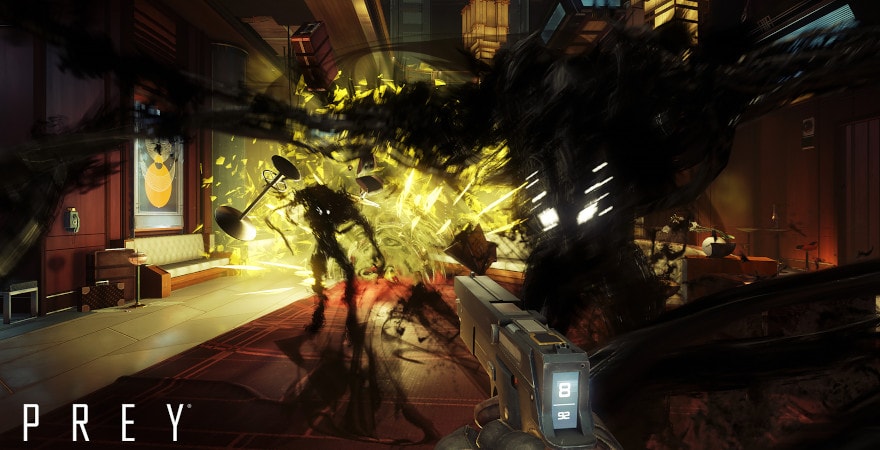 Arkane Studios' Prey is set in an alternative history, one in which JFK survived the assassination attempt and an alien lifeform was discovered, ushering in an age of scientific advances. The space station Talos 1 is a cutting edge R&D station, devoted to studying the alien beings called Typhon.The game takes place in year 2032 of that changed timeline.

The Typhon are smoke-like alien lifeforms capable of assuming the form of inanimate objects at will. Are you prepared to investigate oddly placed items, every motion in the corner of your eye, and fight off several nimble and hard-to hit foes before they get to you? They may be small, but they remain deadly. And they are only the smallest among their kind.What challenges await you further into the game? Can you find a way to outsmart or outgun enemies escaping the definitions of form and substance? 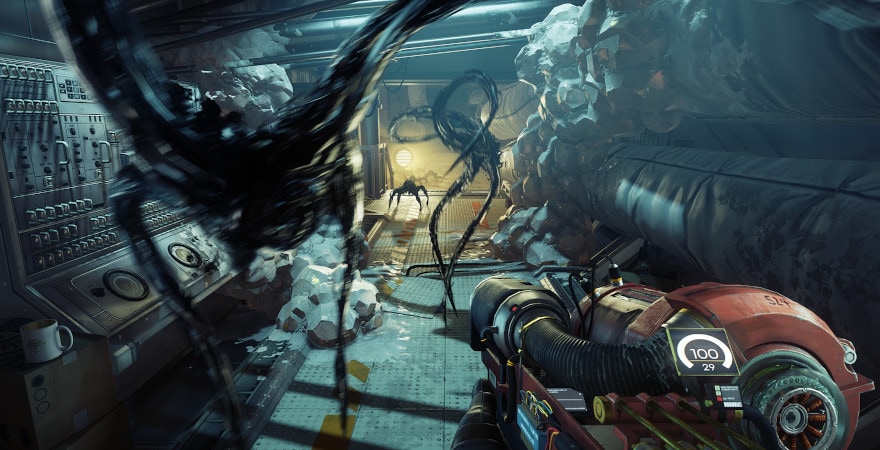 Prey has an open structure, allowing Yu to freely travel around and visit any places visited before. Exploration of the levels is a big feature, and as you improve your abilities and gather or craft equipment you gain access to areas previously inaccessible. Even mission areas aren't barred after you play through them.

Prey's story is co-written by industry veteran Chris Avellone, whose credits include Planescape: Torment and Pillars of Eternity. Avellone's experience with complex and deep narratives ensures Prey's plot status as an engaging and conceptually interesting story.Prey 2017 deals with concepts of form and consequences of accessing abilities beyond human ken. Twists and turns of the narrative make sure that the ideas of what is real remains undefined. 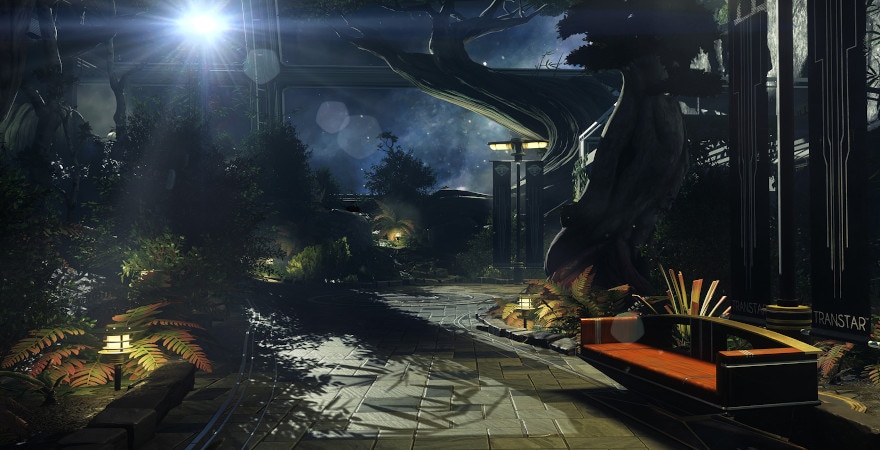 Thanks to the scientific advances of the preceding years, the Talos I station offers easy access to any number of abilities you may want. Through Neuromods Yu can upgrade his\her hacking, repair, combat skills, and more if you so choose. All of them will open new options during exploration and conflict. You can even get some alien abilities!How far can you stretch the definition of human before becoming something else?

Prey is a first-person shooter with engaging and mystery-filled narrative and enemies defying form. Piece together the odd bits of mystery and figure out the big picture before it is too late to do anything. Will you help Morgan Yu survive?

Prey (2017) for Steam platform is a digital product – no box included. The price applies to a digital version of the product.
System requirements