Pummel Party is a four-player online and local multiplayer game created by two-person independent studio Rebuilt Games. The game features numerous minigames in which we can compete with our friends or play against AI.

Pummel Party gameplay is specially designed for local and online multiplayer. The game consists of a number of absurd and funny minigames. In those minigames, we must collect as many scores as possible (depending on a level) and pummel our opponents using a wide variety of items like explosives, guns, and even extendable boxing glove. Ridiculous weapons available in the game lead to many fanny moments and will most certainly trigger bursts of a laugh in many players. The game features many different game modes in which players must complete different objectives. Snowy Spin, Sandy Search, or Explosive Exchange are just a few of the minigames available in the Pummel Party. Even though the gameplay is designed for multiplayer, the game features full bot integration which allows practicing every game mode with any number of players. It is worth to mention that the game will also attract achievements hunters as it features over 30 of them. 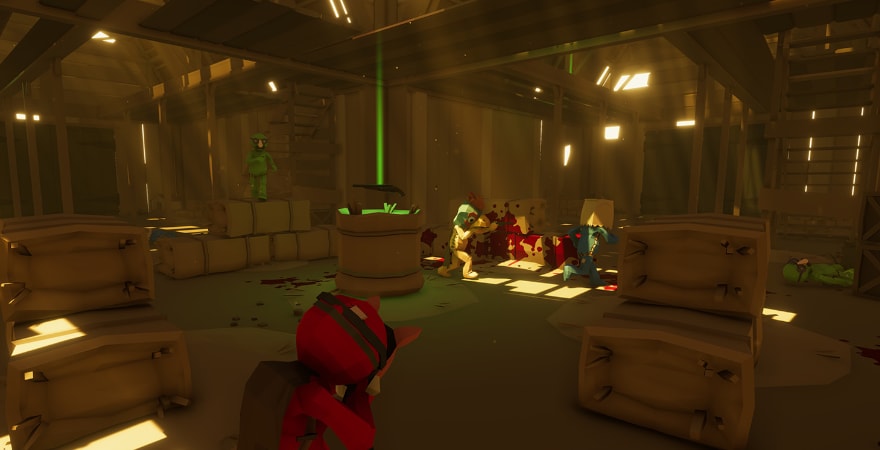 Despite the fact that Pummel Party is the first game created by the two-person studio, it gathered very positive reviews among most of the players. Not complicated, funny, and absurd gameplay attracted thousands of players. According to the Steam platform, over 92% of the reviews are positive that clearly shows that Pummel Party provides tons of fun and laughs.

Warning! This product is region locked and it can NOT be activated in Iceland, Switzerland
System requirements