RevolVR 3 is a single- and multiplayer casual shooter staged in the robotic version of the Wild West. Socialize with friends in the saloon, play mini-games and participate in fast-paced deathmatches versus people or bots! 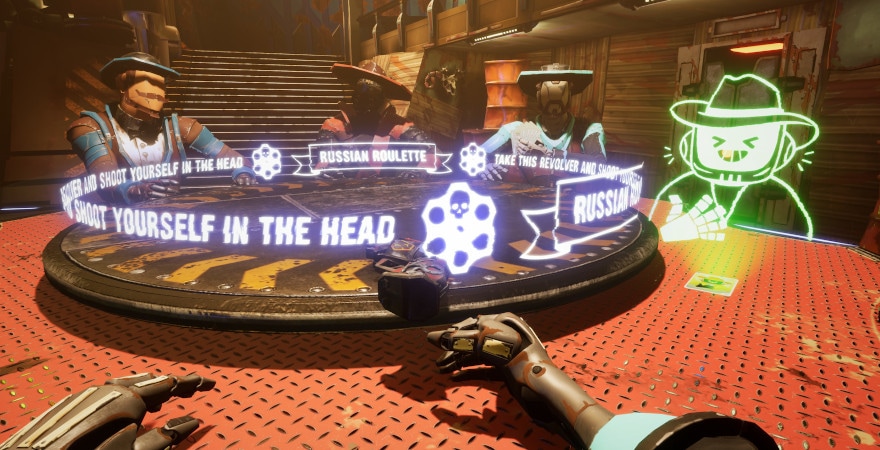 The third part of a VR franchise enjoyed by millions. It's 0000011111100101 Space Era. Revolver is the only kind of weapon allowed to be carried by citizens. Gun manufacturers demo their products by allowing gunslingers to upload themselves into robotic bodies and participate in a futuristic Wild West story. You now have the privilege of joining this blood-lusty crowd. Compete against real players online or play against bots. Great for parties, great for serious gaming.