Rust (PC) is an online, open-world survival game with strong focus on crafting and player interaction. You wake up naked in an unfamiliar place with little to your name but a torch and a rock you can try to fruitlessly defend yourself, mine resources, and start making the best of your new situation.What will happen to you? Or more accurately, what will you allow to happen? Hunters become prey and vice versa in an ongoing struggle to survive in an environment determined to kill you. 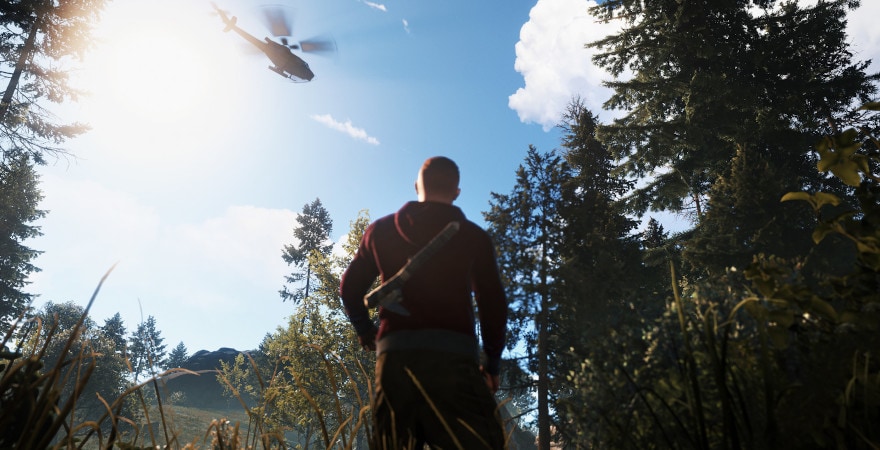 Rust does not pull any punches. You start out with nothing, and if you don't play your cards right from the very beginning, soon you'll find yourself dead and respawned without anything you may have gathered. But play wisely and soon you'll control your respawn points, have a safe stash for tools and resources, and in time, a personal fortress to protect your unconscious avatar when you are out roaming the real world.Do you have what it takes to carve out a piece of Rust for yourself? 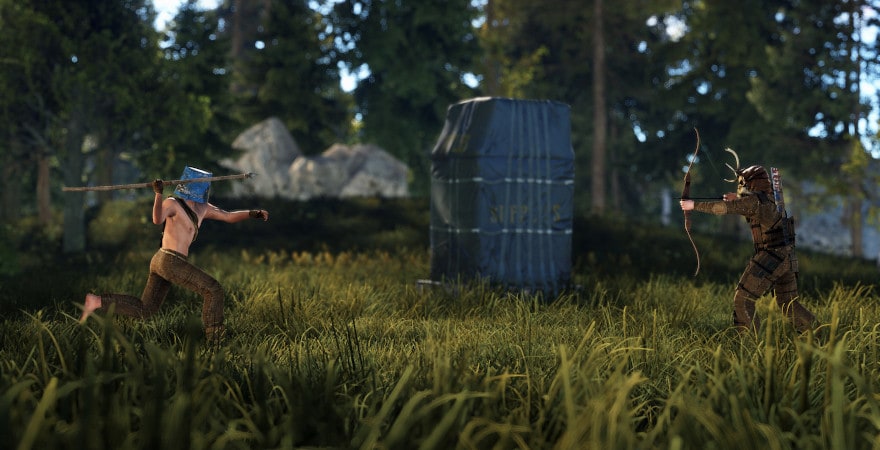 Rust has several dozen crafting recipes for you discover. From basic survival utilities, like campfires and hatchets, to high-end weapons and armor giving a definitive edge over less-proficient players.Team up with friends and together work on projects that would overwhelm any lone wolf. The best things you can make are too hard for any lone wolf to complete them before the someone takes your resources by force. Create fortresses of wood and metal, and claim land as your own.

Rust never lets up the pressure. Whether you fight against the wildlife with a measly spear, hold other player at gunpoint, or set explosives under a metal fortress of your sworn enemy to rob and pillage, Rust thrives on conflict and uncertainty.Wherever you go, Rust gameplay keeps you on your toes and never lets you think you are the biggest fish in the pond. 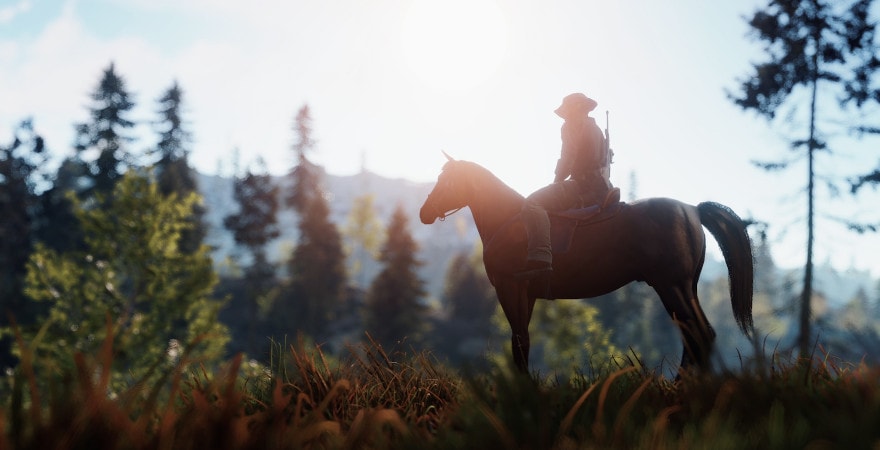 If you wanted to create a perfect human specimen, think again. It's a survival game, not a power fantasy. Rust doesn't care about character creators and a myriad sliders letting you create a virtual version of the one guy from your favorite movie. When you drop into Rust, you are assigned a unique Steam ID-locked avatar. Your appearance, gender and general endowments are once and forever linked to who you are as a Steam user.Find out your Rust identity and make sure everyone remembers it. One way or another.

Rust is an online survival game created by the people behind the famous Garry's Mod. You start out as a hungry person in the middle of nowhere, and you either stay this way, or fight and craft your way to hi-tech weaponry and a fortress nothing short of explosives can take down.