Spelunky 2 is a continuation of the popular platformer developed by the independent studio Mossmouth. Rather like the remastered version of the primary Spelunky, this production appeared on various platforms.

In Spelunky 2, the players take the role of the title caveman, which ventures into underground tunnels in search of inexhaustible riches. Your goal is to explore procedurally generated levels to find the treasures. However, to do so, you have to prepare yourself, because there will be many creatures that await you in the dungeons.

The main feature of the new title from Spelunky creators is the exploration of randomly generated caves, where you'll be able to find not only the above-mentioned treasures but also countless traps and dangerous enemies. The protagonist isn't defenseless – at your disposal, you will have various tools, including ropes and bombs; additionally, you can use pistols or artifacts found here and there that provide supernatural abilities. It's worth noting that while some items of apparatus will be found or bought, others require self-construction. Exploring dungeons also allow you to find more secrets, that can be used later on. Compared to the previous part, this production has more features to offer. 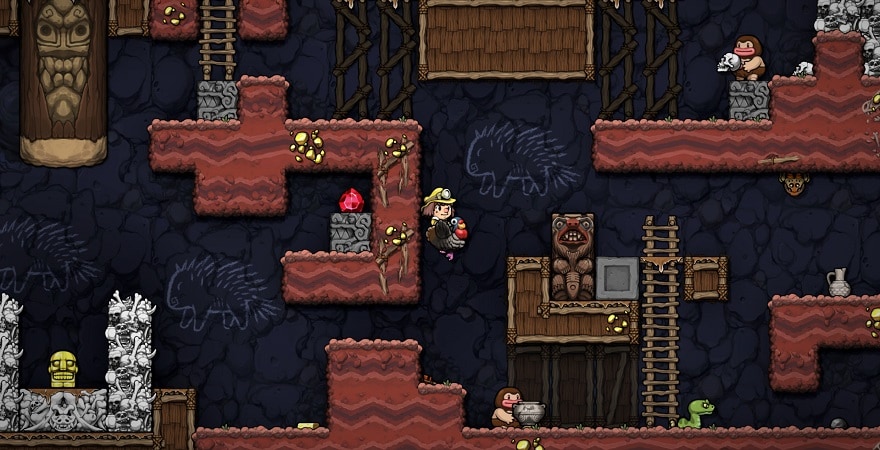 In Spelunky 2 we will play alone or with others. The assembly offers online and local multiplayer - which latter on allows you to play in cooperation with colleagues or face them as a part of the so-called Arenas (it offers both the classic Deathmatch and a brand-new mode called Hold the Idol).

Spelunky 2 game encompasses a two-dimensional graphic design that appears very the same as the previous game. The assembly is kept in a very colorful, cartoon style that harmonizes well with the humorous nature and characteristic atmosphere of the title.

The game received many positive reviews from players and critics, which admired gameplay elements known from the first game. They also praised the game for providing additional modes that allow having even more fun. What is more, they admired that creators developed new mechanics and creatures, while maintaining the proper level of graphic design. The new video game also has the so-called cross-platform feature, which allows you to play with anybody. 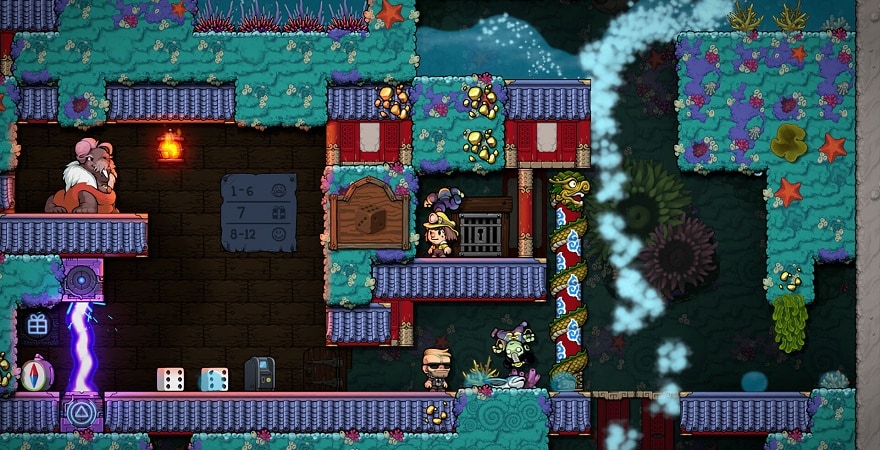