Stellaris: Necroids Species Pack is an expansion pack for a cosmic real-time strategy game developed by Paradox Development Studio, and released in 2016. The DLC enriches the Stellaris game with a new race of Necroids, an intelligent race of the undead, for whom death is only the beginning of their existence. Additionally, the expansion pack introduces new mechanics connected with the new race, and a number of new elements like new portraits, new building appearances, etc. 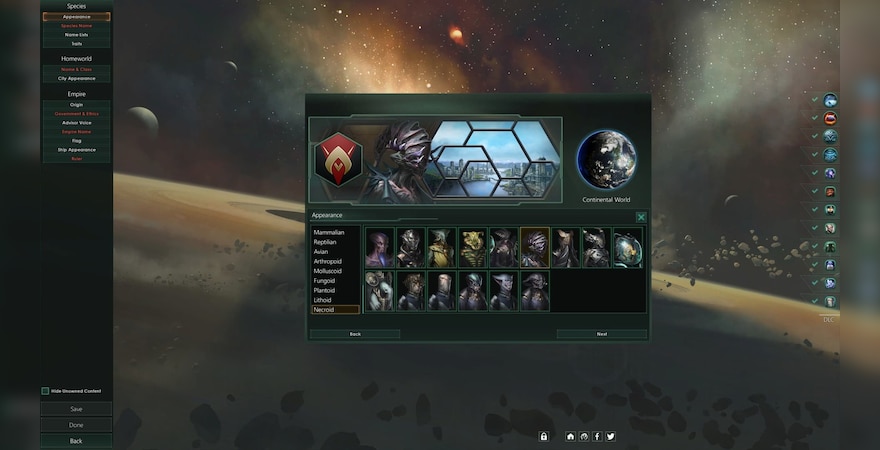 The Necroids Species Pack does not change the main elements of the Stellaris gameplay - the main goal is still to create the biggest and the strongest galactic civilization. However, the DLC introduces several new features to the game. Necroids Species Pack adds completely new Origin - Necrophage. It allows players to play as a powerful, primal species, able to live even in the most dangerous environments, in various corners of the galaxy. Additionally, the expansion pack introduces three new Civics:

Stellaris Necroids Species pack key is meant to be activated on the Steam platform.
Warning! This DLC requires the base game Stellaris on Steam in order to play.
System requirements