Super Mario Party takes the players to the Mushroom Land for the party of a lifetime. Try one of over 80 minigames and have loads of fun outsmarting, outracing, or out-pie-to-the-faceing your friends. The game offers both local and online multiplayer, so you don't have to leave your home to have some fun with your best pals.

Super Mario Party is a party video game developed by NDcube and published by Nintendo. The game takes the players to the familiar world of Mushroom land where they can experience a variety of party games, including kart racing, mini-golf, and more. The game consists of two modes in which players compete against each other solo or in teams. Super Mario Party was received with positive reviews and went on to win several awards. Critics praised the multiplayer party experience as well as the use of JoyCon controls. 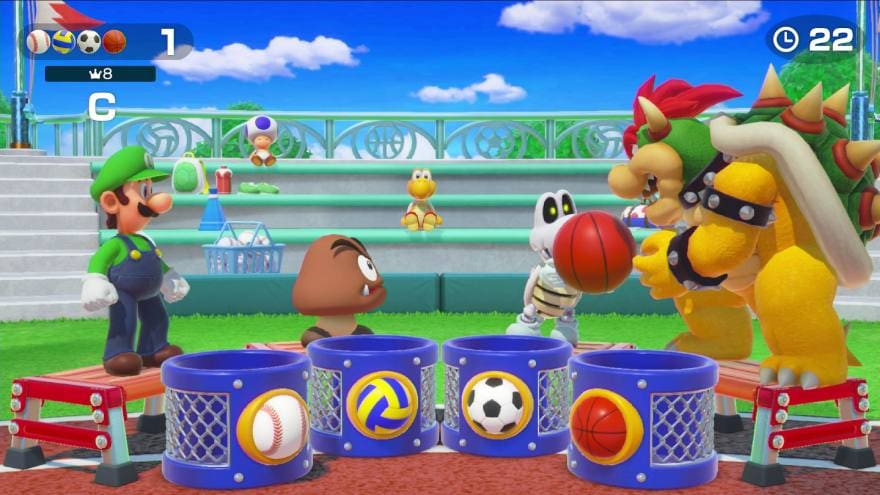 The core gameplay of Super Mario party focuses on the players competing against each other in various minigames. The players start their adventure by choosing the mode they want to play in. The standard Party Mode has each player compete against one another. In Partner Party mode, the players form teams.

SMP features various playable characters, including Mario and Luigi, Princesses Peach and Daisy, Bowser, and others. The game then takes the players on the board, where they take turns in moving towards the finish line, completing the minigames and collecting stars.

Up to four players can play the game locally, and for the first time in the series history, through online multiplayer mode. In multiplayer, the participants can choose from over 80 minigames and try their luck against each other in Online Mariothon mode, trying to get the highest score in a series of five random minigames. 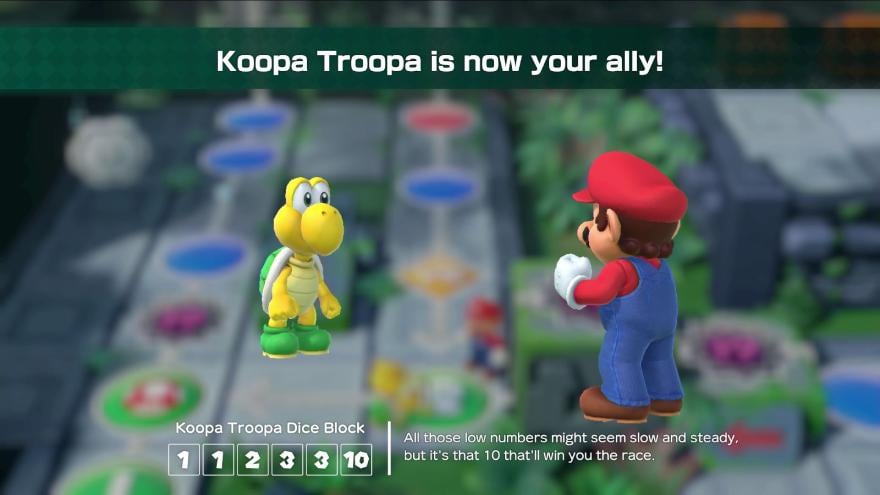 In Super Mario Party, the players can enjoy more than 80 minigames. Some of them are the series' mainstays while others ere made especially with the Nintendo Switch controls in mind. These include Trike Harder, a racing game in which the players try to reach the finish line on tricycles. Other available games include Slapparazzi, where the players' task is to gain as many points as they can by posing to a picture; Precision Gardening, in which the players' have to water a flower to make it grow faster; and Pie Hard, where the players' teams compete in a time-honored game of "throwing a pie into the opponents face". Each of the games can be played in both local and online multiplayer.