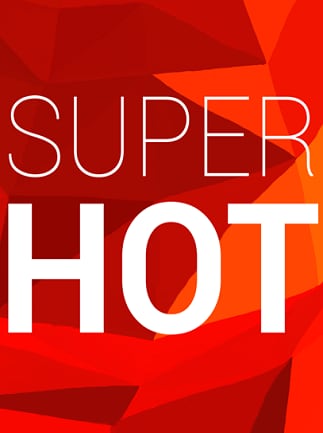 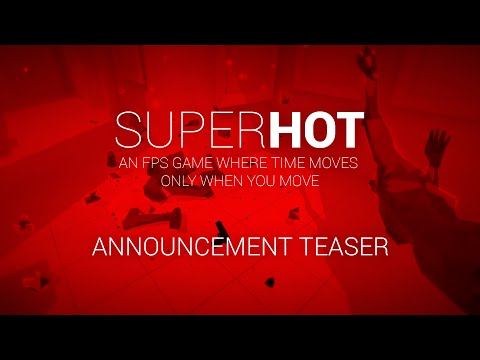 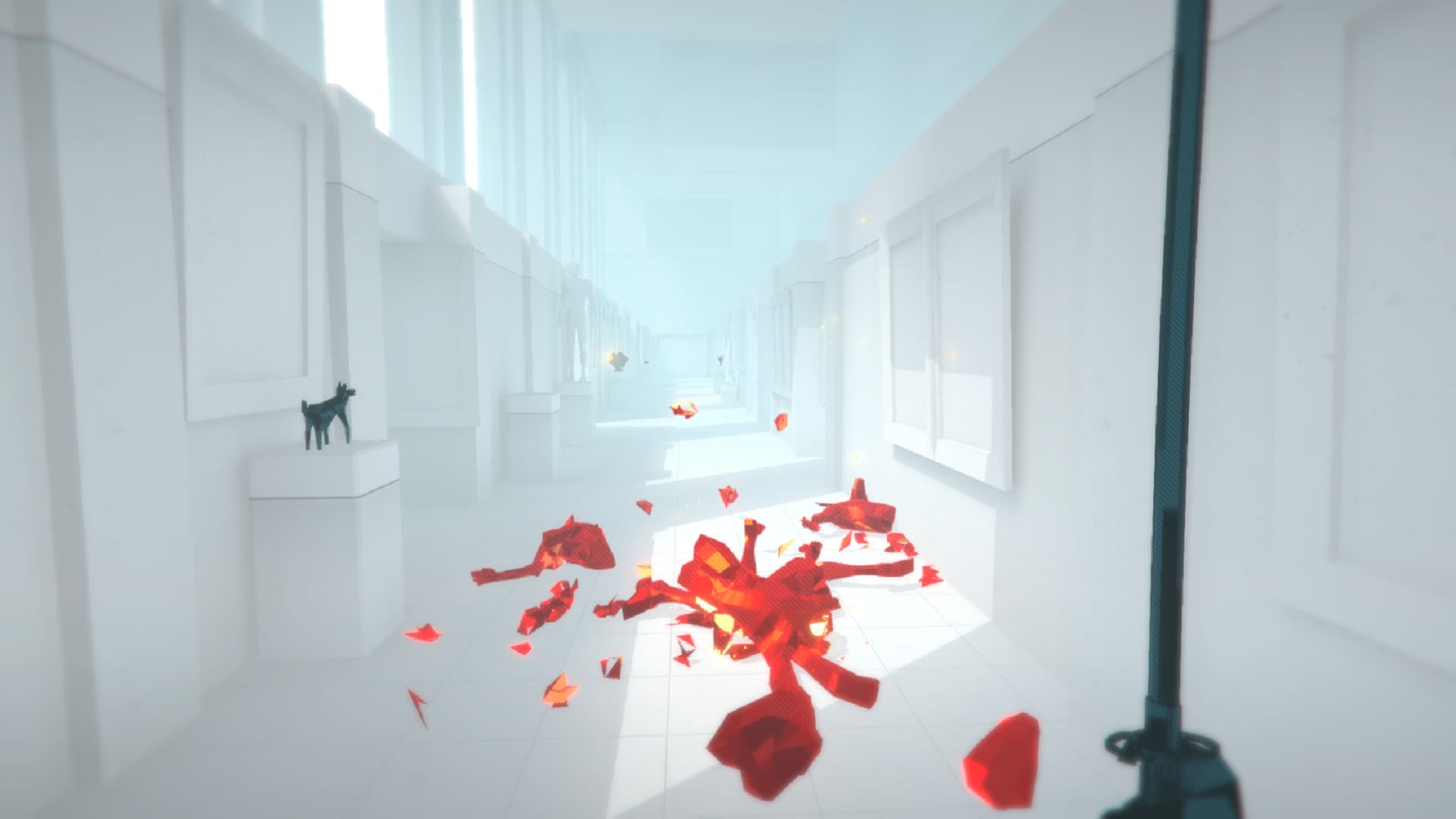 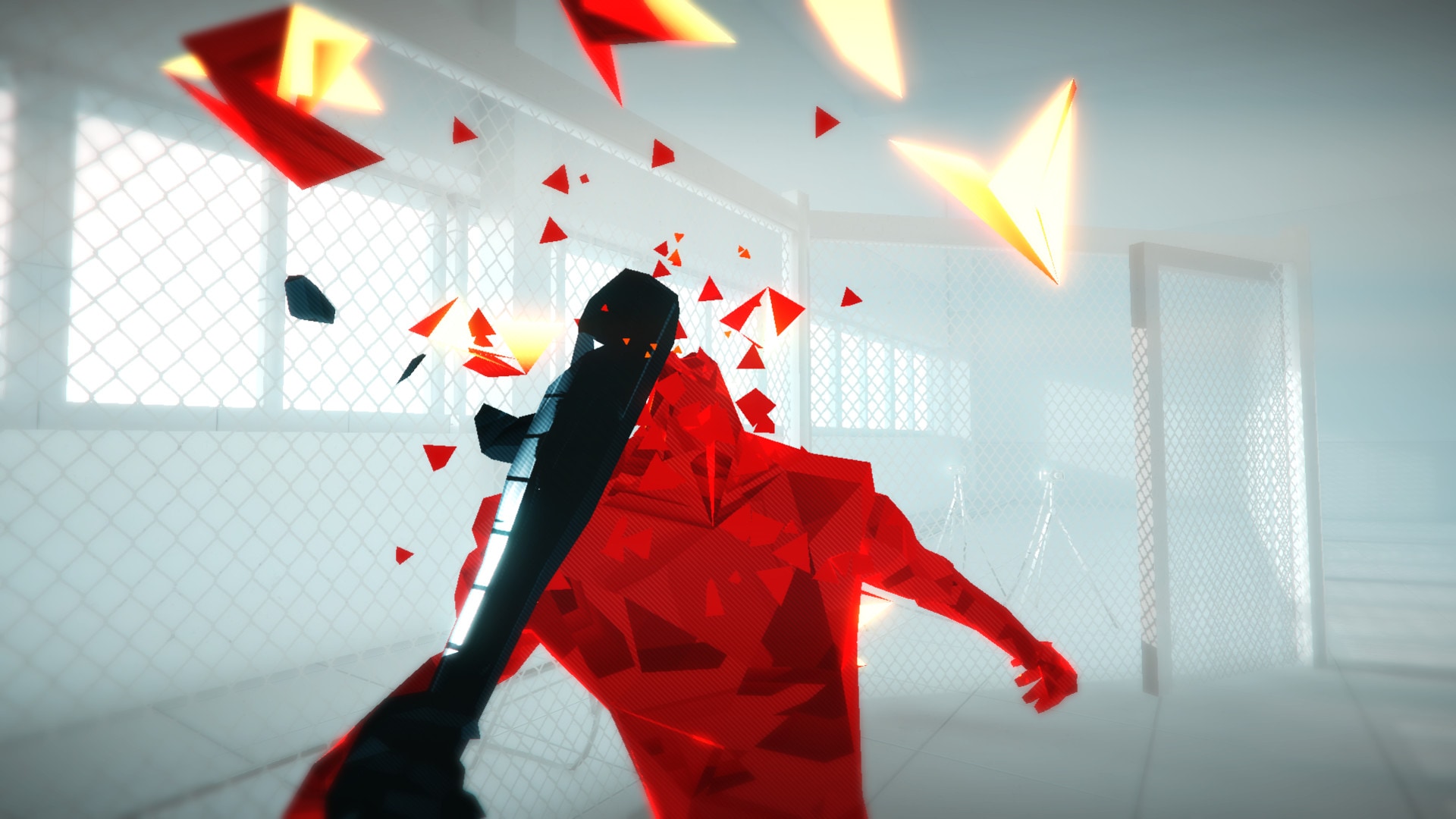 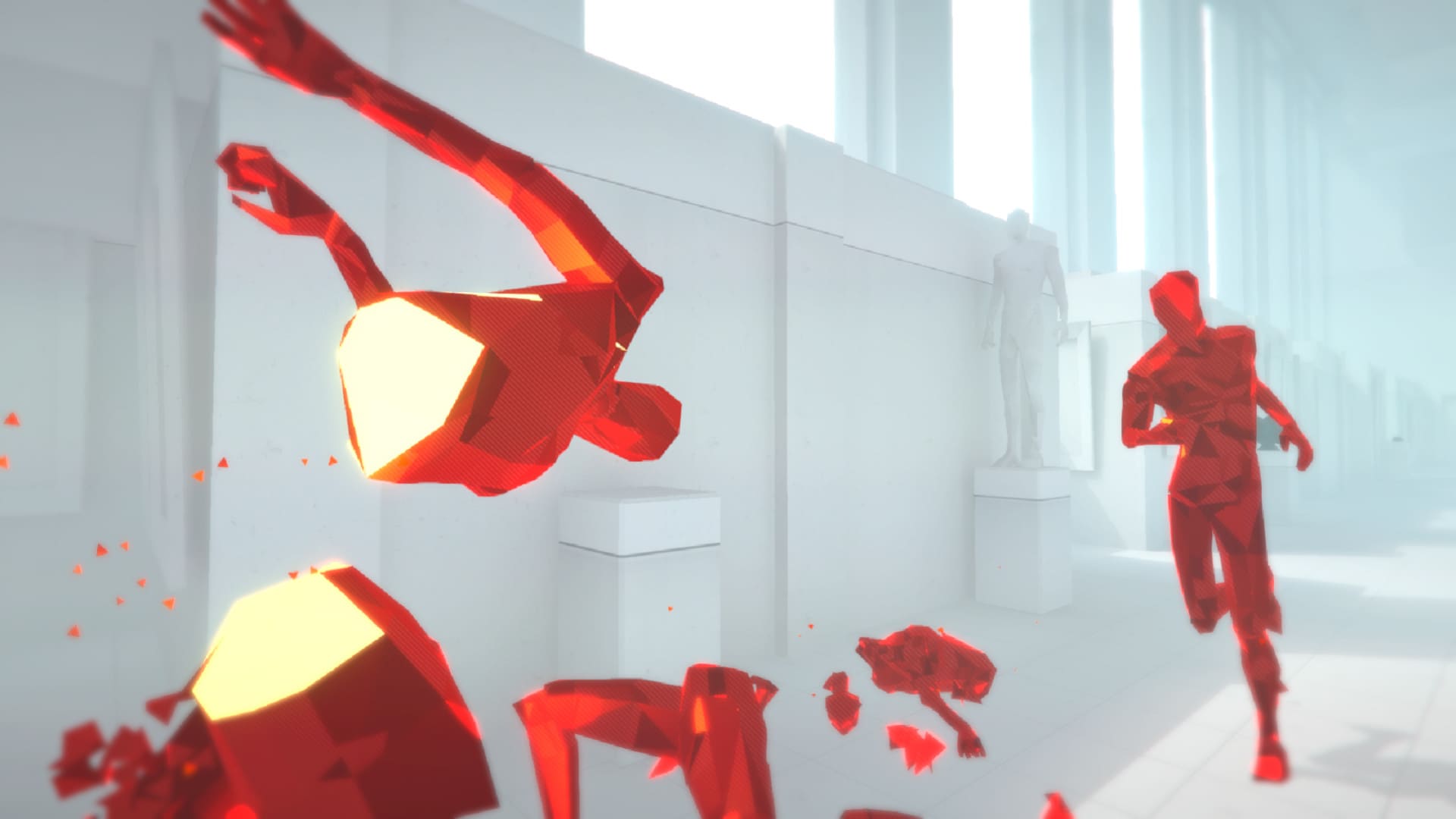 Superhot is a 2016 single-player first person shooter-RPG game for PC, developed by Superhot Team – a group of independent developers. In Superhot players take control of their nameless game avatar and take on enemies in series of minimalistic levels, facing equally minimalistic enemies.