Defend the last bastion of humanity with your squad of heroes! Exterminate fiendish monsters with magic and brute force by night and re-build your battered city defenses by day in this tactical RPG with rogue-lite mechanics. 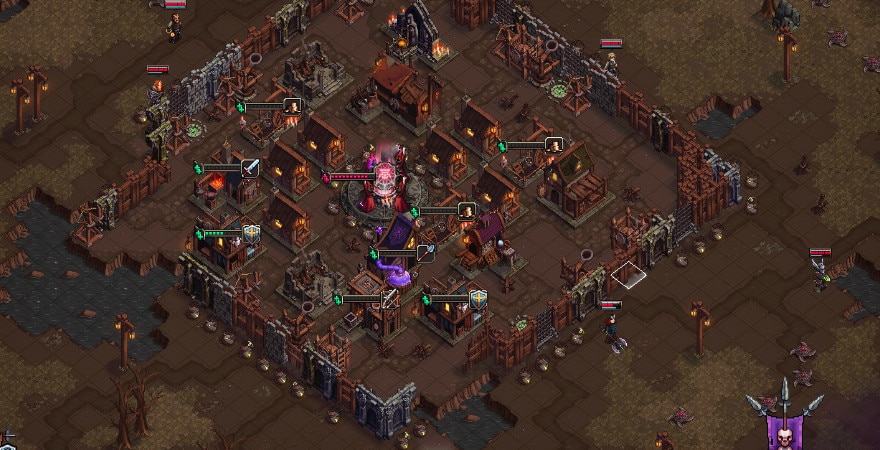 War was rampaging all over the land for decades. In a desperate move to end it all, the mages provoked The Cataclysm. Massive balls of pure magic obliterated nearly everything. A strange purple mist propagated everywhere. They say that those who entered the mist were killed, driven mad, or worse…

Defend The Last Bastion of Humanity

The Last Spell is a tactical RPG with roguelite elements. During the days, you’ll have to carefully choose how you will re-build your city and how you’ll position your defenses. Will you prioritize buying a brand new flaming sword, or build a Mana Well to regenerate some priceless Mana after battles? During night, you’ll have to exterminate all the monsters coming at your walls with a large range of weapons and powers. Level up your heroes, and repeat until the end.