This region of the Rocky Mountains has captivated the imagination of many, who have sought to uncover its bounties. Where once people scouted the natural trails of Silver Ridge Peaks in search of silver and gold, they now come seeking a different kind of trophy - to hunt their favourite animals. Whether you are tracking turkeys through the valley or lining up to shoot a mountain goat on a cliff above the cloudline, it's hard to resist taking in the grandeur of the Colorado wilderness.

Silver Ridge Peaks prides itself in the range of animals available to visiting hunters. Whether you are stalking through the boundless grassy plains in pursuit of Pronghorn, keeping an eye out for stalking Mountain Lions or observing Rocky Mountain Elk traverse the dense forests, the reserve has something for every hunter. The ferocious Black Bear is a popular attraction, as are the Mule Deer, Plains Bison, Mountain Goat and Bighorn Sheep. But the real attraction is a little more feathery; hunters are known to flock to the reserve in search of Wild Turkeys.

Boasting a dramatic landscape that can easily take your breath away, the reserve takes great pride in its more elusive spots that can make visitors feel like they’re stepping back in time. From the mine and ghost town’s reminders of the past, to the cloud-piercing Red Mountains, the reserve is packed with marvels. As you roam the deep canyon or gaze upon the high altitude lakes, you can’t help but get lost in its beauty. 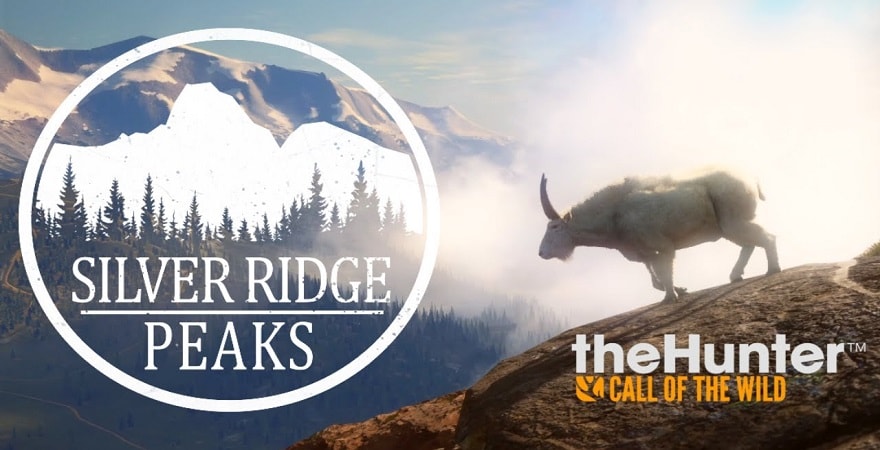 Through the use of contemporary bow-making techniques and flexible but sturdy materials, this Longbow is a stunning take on an ancient self bow, making it effective even for modern hunters. Compatible with the arrows used for the recurve bow as well as introducing two new types, the Alexander Longbow allows you to hunt animals of all sizes. A single stave of hickory and bowstring combine to form a silent but deadly weapon that epitomizes the resourcefulness of the peoples who used it to conquer prey.The longbow is available in three colour variations: Lacquered, Rough and Ash.

Silver Ridge Peaks spans an impressive 25 square miles (64 square kilometers), and it is up to you to decide if you wish to explore the landscape at your own discretion, or pursue the story with 15 new narrative missions.The history of Silver Ridge Peaks is as rich in legends of human endeavour and adventure as it is in studies of brutal expansion and mankind’s greed. Miners risked their lives to travel great distances during Colorado’s silver boom. Much of the landscape was blasted into its current shape, with only one consideration: the pursuit of money.The consequences of such single-minded profiteering have finally arrived, landing at the feet of the reserve’s latest warden: Allan Bradley. As he attempts to fill the shoes of his ailing father, Allan must repair the reserve’s reputation following a toxic spill from a century-old mine, and show the world that Silver Ridge Peaks is stepping forward into the future. Along with fellow hunter Remi Warren, it’s your job to show that there’s nowhere better to hunt than in the shadows of the Rocky Mountains.

Try out Silver Ride Peaks without owning it by simply joining a multiplayer session of another player who owns the reserve. You will have access to everything but the narrative missions.

This content requires the base game theHunter: Call of the Wild™ on Steam in order to play.