Tom Clancy's Rainbow Six Siege is another installment in a beloved series of tactical shooters, where your firepower is not as important as tactics and cooperation with your team. Many players admit that Six Siege created by Ubisoft, is less of a tactical shooter and more an action game, at least in comparison to other titles from the series.

However, the tactical aspect is still one of the most important elements of the game. In R6S you cannot simply go gun blazing and take enemies head-on like it is often the case in other action shooters. If you are going to do so, then you will be killed in a matter of seconds. Keep that in mind before playing this game.

As the name suggests, it is the standard, classic version of the game. In comparison to the Starter Edition, you will be able to unlock operators much faster. Unlocking of one standard operator costs between 500 and 2000 points of Renown while in comparison in the Starter Edition you would need 12500. Besides that, they aren't many additional differences.

As it was mentioned before, the gameplay of Rainbow Six Siege is mostly a the mixture of a tactical shooter known from previous installments and an action game. There are different scenarios for both single player and multiplayer modes that include rescue the hostage, defuse the bomb, secure the area or a terrorist hunt. 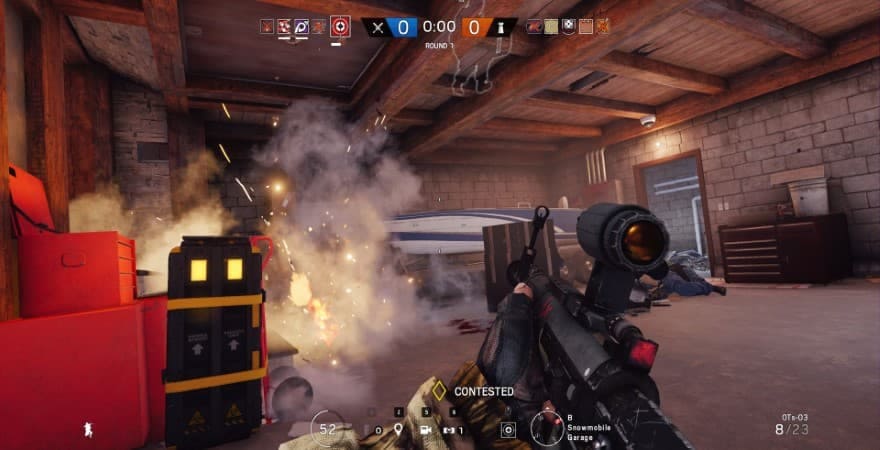 During the game, the player can use different characters that are mentioned above, for specific tasks in order to complete a mission. Choosing the unit line-up is often crucial in order to successfully complete a certain objective. Games take place in one of more than a dozen maps, depending on the game version. There are also tons of settings which you can modify and analyze before the fight even starts.

The biggest focus of the game is the environmental destruction that enables players to interact or destroy objects or structures around them in order to secure better position and ultimately to finish the mission. The game also offers a very good multiplayer mode which enables gamers to compete against each other in PVP or PVE modes on various maps and scenarios.

Rainbow Six offers multiple game modes and scenarios for both single player and multiplayer. As it was mentioned before, the majority of gameplay modes are designed for multiplayer. The Bomb is a mode which can be compared to a Counter-Strike match. One group is supposed to defuse the bomb, while the other makes sure it will detonate.

Hostage, as the name suggests, is a game mode in which one group of players is supposed to save hostages which were taken and are held captive by the second team. It is much more tactical than the bomb mode. A single mistake might lead to the death of a hostage, which equals with a loss of the attacking team. Secure Area is a mode which can be compared to a variation of a king of the hill. One team needs to take control over a biohazard room and survive in it for a while. 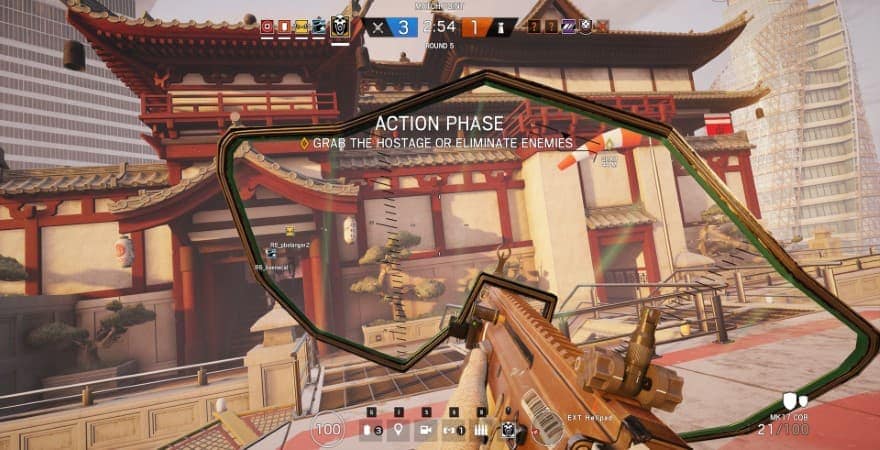 The second team obviously needs to stop them. Terrorist Hunt is probably the most interesting gameplay mode for both single and multiplayer. It is a PVE where players need to take on the terrorist group, known as The White Mask. In Terrorist Hunt, the Rainbow Six you are going to disarm bombs, eliminate threats and protect hostages all in one mode. It might sound simple but the White Mask consists of many hardened battle veterans that are going to use all your mistakes against you. Besides standard game modes, various DLC-s provide you with additional ones, and more maps to play at.

Rainbow Six Siege offers the player both an interesting single player campaign and a multiplayer mode. You can feel like a real anti-terrorist special force operative by being assigned a mission to complete from your supervisor. You either have to save the hostages, stop a terrorist assault or hunt down a rogue group that plans to start a third world war. Each mission is different are both a great way to get engaged in game’s story as well as polish your skills before you start your multiplayer experience. 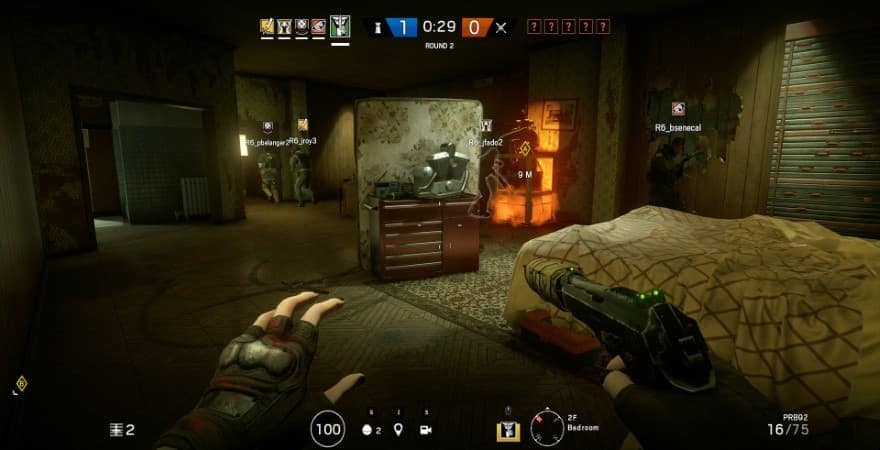 Members of Rainbow Six come from different special units from all over the globe such as SAS, FBI SWAT, GIGN, Spetsnaz and GSG 9. Each character, known as the operator in this game, has his own different abilities. For example, Smoke from SAS is a defender class who loves to use gas grenades to take control over the battlefield. Then, there is Ash, an FBI agent who is an attacker class equipped with M120 CREM that shoots breaching rounds. Last but not least is Rook from GIGN, a defender operator who can provide “Rhino” armor plates which increase the damage resistance of other members of the squad. As it can be seen, even among the same type of class, each character plays a different role depending on his abilities. This alone gives you countless advantages which you can use to overpower your enemies. Remember that your tactic is far more important than your firepower.

Tom Clancy's R6 Siege for PC received mostly positive reviews from game critics as well as acclaim among the gamer community. Many players praised the game’s design, emphasis on tactics, teamwork and interaction with the surrounding environment as well as its great multiplayer mode. The unpredictability of each match, as well as the open-nature, were key factors in the success of the Six Siege multiplayer. Many players jointly agree that is actually the best online tactical shooter available on the market.