Restore order and prevent the collapse of the Washington D.C. Play with your friends in coop and PvP, get powerful weapons & equipment and become one of the chosen ones to protect the Capitol in a state of emergency. The mission does not end with the campaign. Beyond level 30, the Division's agents await new specializations, game modes, raids and much more! The adventure will take place in a fractured Washington D.C post-apocalyptic tint. Fight against an infinity of dangers in the streets, which now combine open spaces with urban areas. Play individually or in co-op with a team of up to four players and complete various activities, from the main campaign and confrontations player vs. player to the Dark Zone.

Tom Clancy's The Division 2 has been considered as the largest and most ambitious video game ever developed. Discover a beautifully designed futuristic shooter with reinvented and modified tools. Experience innovated gameplay, as well as new progression system with twists and unique surprises.  Dive into RPG and online shooting experience where exploration and character progression plays an essential role. Visit the world where apparently there are no rules. Encounter various groups of hostile people with whom you will be forced to fight. Play cooperatively to achieve more comfortable victory!

An innovative and captivating gameplay

The plot takes place seven months after the events in New York presented in the first title. This time, you will visit another major city in the United States. Use your tactical & combat skills to emerge victorious from the clashes with different groups of enemies, who fight to take control of the city. Participate in eight-player raids and enjoy 3 free post-release DLCs that will significantly add to the content of the game. The Division 2 hit the market in March of the 2019 and will move the scene to a new, ruined city. As part of a four-player command, your mission will be to liberatea checkpoint that had been occupied by your enemies. 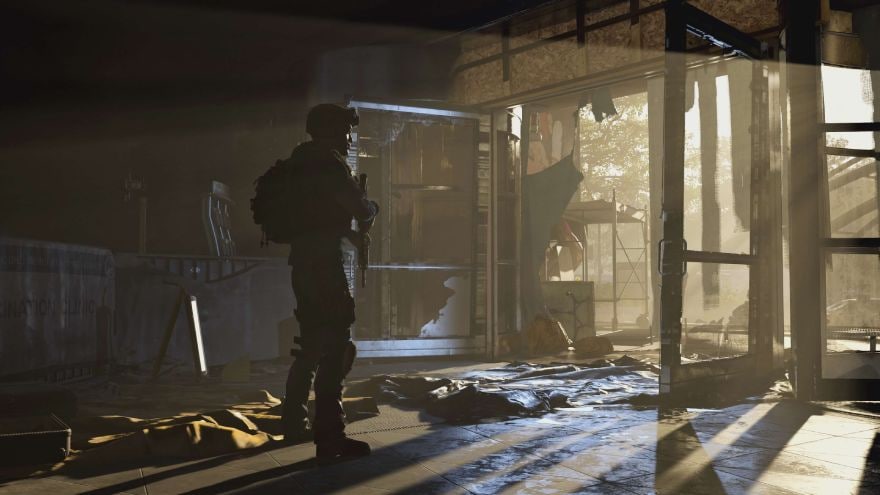 The Division 2 features various types of opponents. Prepare yourself for few headaches during challenging battles, difficult boss fights filled with breathtaking combat situations. Defeat the bosses to gain new weapons. The agents of The Division fight for the same objective, each one with their skills and ways of playing. No component of the squad is essential, and absences are often noticed. Together they fight against an enemy equal in level and always outnumbering them. The challenge is assured.

Tom Clancy’s The Division 2 will be available on PC via Uplay. Ubisoft has confirmed that the game will have an entirely renovated open world. Dive into Washington D.C. devastated by a virus that could not be controlled. Travel alongside an elite military team, whosegoal is to restore order in this post-apocalyptic city, where danger lurks around every corner. Face challenging, changing, online environment, with many RPG elements brilliantly mixed with a cooperative shooter.

On a technical level, The Division 2 will use an updated version of the Snowdrop graphics engine so its visual finish will be impressive. In the press release, written by Julian Gerighty, creative director of Massive Entertainment, he assures that the experience obtained in these two years will serve them to offer a better product. The Division 2 features open environments and more possibilities to specialize.

The Division and The Division 2 can be played entirely solo! However, once the maximum level is reached and the campaign is over, you must learn to play as a team. The difficulties and raids arrivingat a certain points of play are thought to be carried out cooperatively. In summary: The The Division 2 campaign can be completed alone or cooperatively, being accessible to all players. However, loners will have to integrate and cooperate with other agents to keep progressing.

Warning! This product is region-locked and it CAN NOT only be activated and played in CYPRUS
System requirements