Total War: Three Kingdoms is another installment in the Total War series, developed by Creative Assembly and published by Sega. It is the twelfth main game in the series. Like its predecessors, Three Kingdoms is a PC turn-based real-time strategy game, where players control great armies and lead them to victory on vast maps. Game is set in the titular Three Kingdoms period of China’s history, set between years 220–280 AD. The task of the player is to lead one of 11 factions to become the ruling power in China.

Gameplay mechanics of TW: Three Kingdoms remain mostly unchanged in comparison to other titles in the Total War series, however, the title introduced some changed and revamped the gameplay. Player decides on which factions out of all 11 they want to join. These factions have their respective generals, called Heroes, that possess several unique abilities and personality traits.

They are divided into five categories: Champion, Vanguard, Strategist, Commander and Sentinel. Champion is perfect for taking down enemy heroes; Vanguard heroes excel at eliminating common units; Strategists debuff enemies and provide other bonuses; Commanders balance fighting skill and providing buffs and Sentinels can last long in battle against common units and heroes alike. Generals possess independent personalities, ambitions and needs. Player will want to pay attention to those, because not meeting them may have various consequences. 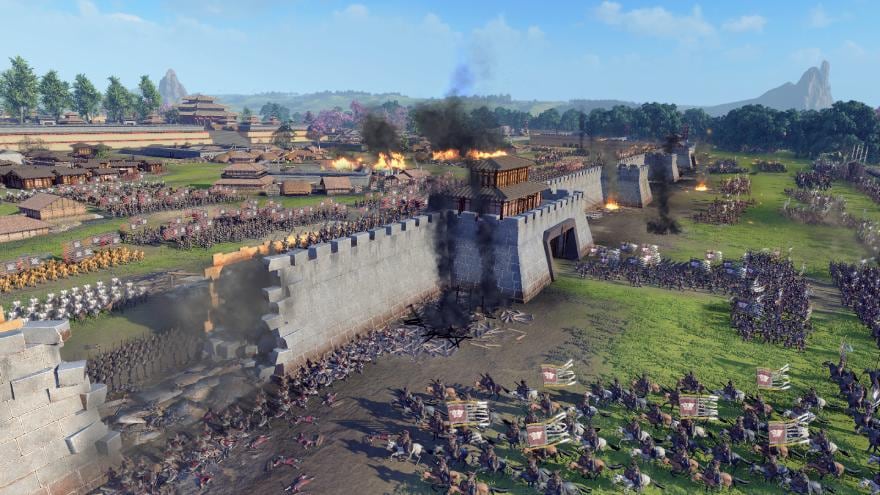 One of the new gameplay mechanics is elements based Wu Xing system. In Total War 3 Kingdoms every unit is given its elemental attribute: fire, earth, water, wood and metal. These work differently in different areas. For example, fire reduces the cost for military and boosts melee damage. Earth reduces costs of building government units and provides a boost in morale. Water decrease costs of trade buildings and increases ammunition for ranged units. These elemental attributes both support and work against each other. Player’s task will be to discover which element buffs which and which is it weak against.

Another new mechanic is the Guanxi. It is a social relations-based mechanic, where the players’ generals will engage in complex relationships, based on past encounters, level of friendliness, jealousy or hostility. These relationships may be positive or negative and cannot be influenced directly by the player.

Combat mechanics are similar to those of previous Total War games. On the battlefield, the player can control both the cavalry and the infantry. Players can deploy three general characters but only once per battle. Generals can be commanded separately from the army units and killing enemy generals gives the player unique loot items. Game introduces Dueling as a form of battle, where the player’s and enemy generals engage in one-on-one duels. The duel ends when one of the participants is killed or flees. 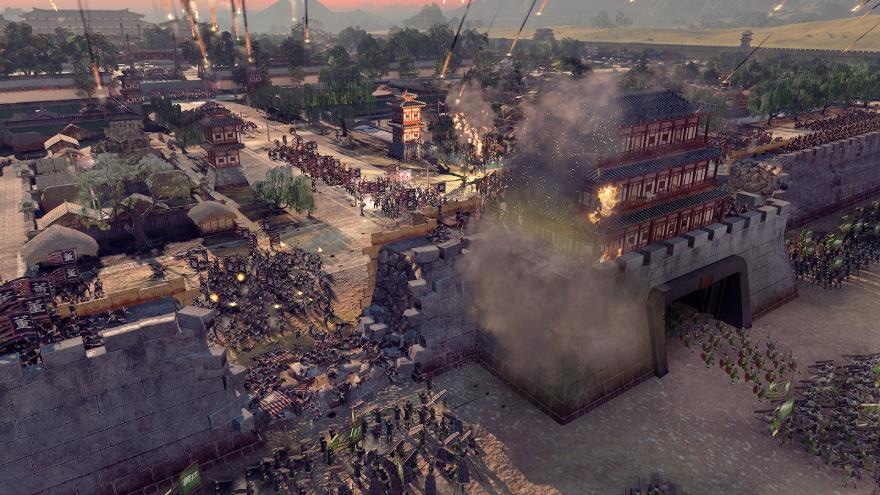 The game has two distinct modes: Romance and Records. The Romance mode is based on the novel Romance of the Three Kingdoms. In this mode, due to highly fictional characters of the source material, Generals posses almost inhuman abilities, making them more powerful on the battlefield. The Records mode is more historically accurate. In it generals have no superpowers and cannot be controlled separately from their armies.

The story campaign of Three Kingdoms Total War begins in the year 190 AD in the time of the once powerful Han dynasty, now merely a shadow of its former glory. Young emperor’s rule of oppression leads to chaos. In its wake, various warlords raise against the tyrannical ruler and his allied warlord Dong Zhuo, who manipulated the emperor into civil war. The player must side with one of the factions, including those of the famous warlords like Lu Bu, Cao Cao or Liu Bei, and write their own history for China. 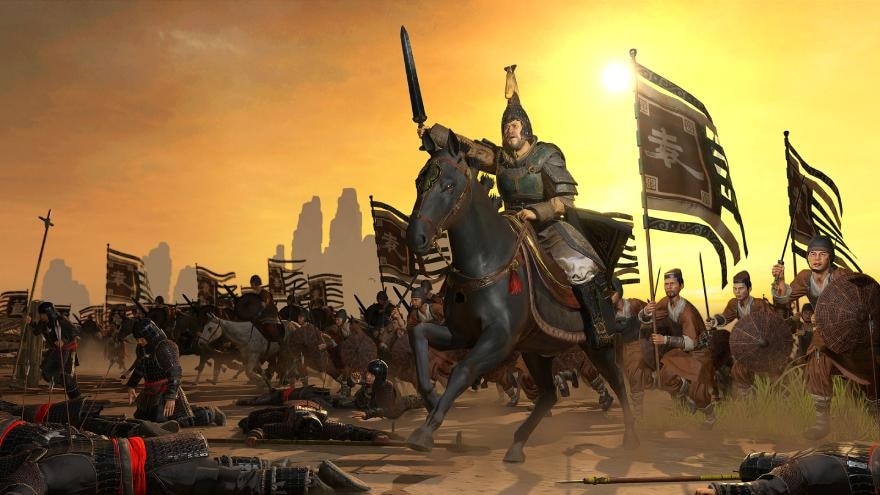 Early impressions of 3 Kingdoms for PC were mostly positive. Critics praised the two game modes, with different gameplay mechanics, as well as the Guanxi system, which added a new layer of complexity to in-game relationships. Ultimately, the game became a major hit amongst strategy gamers which praised its game modes and the setting.

Total War: THREE KINGDOMS (PC) for Steam platform is a digital download product – no box included. The price applies to a digital version of the product.
Warning:This product is region-locked and it can only be activated and played in EUROPE.
System requirements