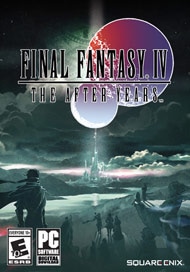 Now with a full 3-D remake, FINAL FANTASY IV: THE AFTER YEARS can now be played as never before on PC. Take part in the epic sequel that unfolds nearly two decades after the events of FINAL FANTASY IV. Classic characters ...