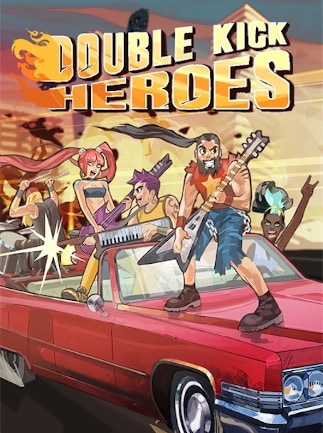 Double Kick Heroes is an indie game created by Headbang Club and released in 2020. In the game, players kill hordes of zombies with the power of music, driving through a highway with the band.