Craft your own levels in the style of classic 2D Mario games with the most advanced options and enjoy the never-ending creations of other people. The new levels may include not only the style of regular levels but also some creative contraptions.

Feel the power of creation

Super Mario Maker 2 allows you to create your own levels in the style of old and new Mario Brothers games and thanks to these tools you can even mix the styles and create hours of fun not only for yourself but also for others with the Nintendo Switch Online membership.

Using the tools allows you to create not only everything you can see in the standard games but also elements not present anywhere else. Creating new levels may take a lot of time so you may prefer to just browse the already created ones by the whole community.

While playing the levels you control your character as in a standard side-scrolling platformer, however, the level mechanics can change based on the style of the game, the level is made of. In the Super Mario 3D World style, some mechanics work differently and may disappear completely, with new ones coming into play.

The sequel to the first SMM presents you with a number of additions such as the single-player focused mode, with a story that you can take part in, new level elements like slopes and snake blocks and more. New mechanics can completely change the way the level is played with the possibility of applying and changing the water level and even making it dynamically rise and fall. 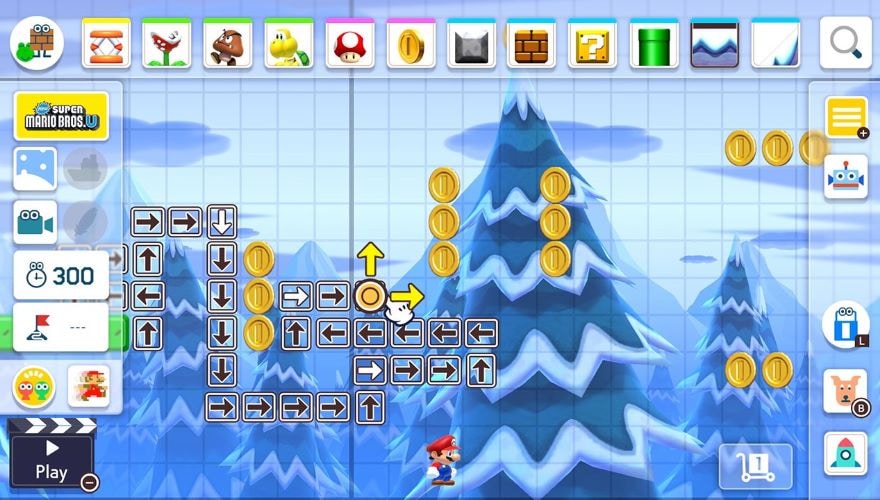 If you think creating levels by yourself is a little too boring, you can pass one of the Joycons to a friend, and you can start using your creativity together. To make your creations more purposeful, you can set certain objectives to complete, as simply getting to the finish line may be too easy. For the first time, use the Super Mario 3D World style and the night theme with their own elements and features to expand the experience.

Super Mario Maker 2 received positive reviews with players praising the newly added features and advancements in the systems as well as the online multiplayer features and the single-player campaign. After the release, the game became one of the best-selling Switch titles.

Warning! This product is region-locked, it CAN be activated and played ONLY in Europe.